We've seen the images from Sanford, Florida; from Ferguson, Missouri; from Staten Island, New York. Many of us are horrified, most of us mystified, nearly all of us paralyzed. What to do? Last week, the Presidents and Deans of America's 13 United Methodist Seminaries -- representing over 5,000 seminarians, including over 1,000 African-Americans -- met in Atlanta and did something.

They didn't take to the streets. They didn't organize a sit-in or lie-in. They didn't strike or hike for a cause. They did what outstanding leaders of higher education need to do more of. 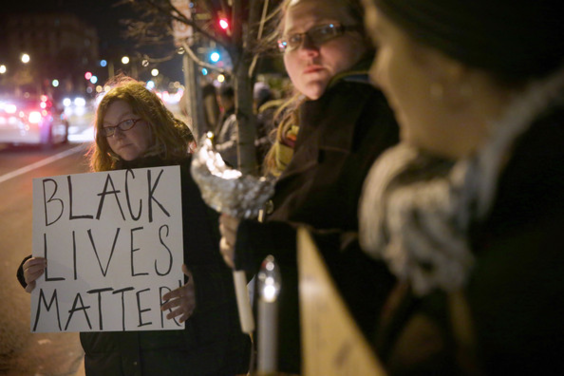 These presidents and deans wrote a thoughtful open letter outlining a vision from which all of us, whatever our faith tradition, can learn. This letter didn't come out of the blue. It was a response to another letter, titled, "Black Lives Matter," written by a group of African American Presidents and Deans in Theological Education, which challenged their colleagues to "arise from the embers of silence" in the face of racial violence and injustice.

There is a longstanding tradition of writing intelligent open letters to frame a future. Think of the apostle Paul's letter to the Romans, in which he reasoned that God could bring salvation to outsiders -- to Gentiles and not just Jews. Think of Siegfried Sassoon's letter to the British military leaders, in which he argued that World War I was being deliberately prolonged. Think of Martin Luther King Jr.'s Letter from a Birmingham Jail, in which he explained why African Americans could not wait.

Here is another open letter. Its significance will become clear as soon as you read it. Its legacy will be determined by what you do in response to it.

We, the leaders of the 13 United Methodist theological schools, offer thanks to God for the prophetic witness of the African-American Deans and Presidents of theological schools here in the United States. These, our respected colleagues, have issued a clarion call for the broader theological education community "to arise from the embers of silence and speak up and speak out as the prophet of old, 'let justice run down as waters, and righteousness as a mighty stream.'" (Amos 5:24) It is in response to this challenge that we offer the following reflections:

Our faith teaches us that all of humanity is created in the image of God (Imago Dei), and that we are to look upon one another as if we were looking upon God, the creator. The dehumanization of any of God's children wreaks havoc upon all of creation. We know that an alarmingly disproportionate number of African-Americans are likely to meet with lethal force at the hands of police, security guards, and self-appointed vigilantes. In recent months, we have all become painfully familiar with the names of young black men and women like Tony Robinson, Mike Brown, Eric Garner, John Crawford, Renisha McBride, and Rekia Boyd, whose lives were tragically halted because they were not viewed as being created in the image of God. The recent racist rant from fraternity members at the University of Oklahoma and the countless other episodes of verbal violence against people of color (that may not have been captured on film) present us with significant cause for concern and action. We are compelled to name and continuously challenge the historic and sinful desire to not see all of humanity, especially people of color, as children of God.

While we acknowledge the significant level of work yet to be done, we also offer as a witness to the church and the world some of the individual and collective efforts of our 13 seminaries. In a denomination whose racial demographics are greatly misaligned with current and future population trends of this country, the faculty and enrollment at all of our institutions more closely resemble the present and future racial dynamics of this country. Additionally, each seminary has, within its respective context, staged die-ins, held student and faculty protests, sponsored trips to Ferguson, hosted meetings with civic and political leaders, and initiated anti-profiling efforts.

Even with these attempts, we recognize that there are areas where we all can improve and strengthen what we do to affirm the sacredness of black lives. We all share a renewed commitment to a more effective deployment of our graduates who are students of color, a greater diversification of our administrations, faculties, and student bodies, and a re-imagining of curricula that enables us to better address structural and systemic issues that have given rise to some of the current racial tensions.