The latest episode of Gay TV on the Go's LGBT politics show Critical Thinking Hosted by Waymon Hudson turns its focus to what for too long has been seen as a divide in the fight for civil rights and equality: the intersection of race and LGBT issues. Constitutional law professor Olympia Duhart, who has also written a companion piece to this one, about the critical need for alliances between minority communities, sits down to discuss how race and LGBT issues connect, how lack of visibility for LGBT people of color hurts both their rights and the movement as a whole, and how we combat cynical efforts from opponents of equality to divide minority communities in the effort to stop the march toward equal rights.

The commonalities between the struggles for equal and civil rights among all communities have come into sharp focus recently, thanks in large part to the historic speech from President Barack Obama on his second inauguration. In his speech the president not only called for equality for LGBT Americans but included a reference to the Stonewall riots, widely seen as the start of the modern LGBT rights movement, along with mentions of Seneca Falls and Selma in a list of historic civil rights moments. The inclusion of the LGBT rights struggle as part of the larger, shared American experience of fighting for civil rights among women and people of color highlighted the intersections and commonalities that many minority groups face when seeking equality under the law.

But beyond the shared historic fight, talk of racial and LGBT equality often seeks to discuss the two struggles as separate, completely ignoring the fact that LGBT people of color exist. It is that separation that can cause real harm to LGBT people of color, who are often harder hit by discrimination and more marginalized in their needs due to the combined exposure to anti-gay and/or anti-transgender policies and institutionalized racial discrimination. 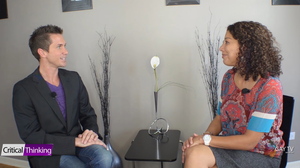 For example, the National Coalition of Anti-Violence Program's annual report on hate violence motivated by sexual orientation and gender identity and expression showed that over 70 percent of these victims were people of color, while 44 percent of them were transgender women. Transgender people of color are also almost 2.5 times as likely to experience discrimination as their white peers.

A recent report by the Center for American Progress' FIRE Initiative also found that this combination of anti-LGBT bias and racial discrimination derails black gay and transgender Americans' financial stability, creates barriers to accessing quality health care and erodes safeguards for LGBT families. This is also true for other LGBT communities of color, like Hispanic, Native American and Asian communities.

Consequently, this combination causes LGBT people of color to face high rates of unemployment or underemployment, overall lower rates of pay, higher rates of poverty and a greater likelihood of being uninsured. The youth in these communities also experience lower educational attainment and higher rates of homelessness than their peers. Unwelcoming school climates, employment discrimination and outdated family policies -- which bar LGBT parents from having legal relationships to their children and limit their access to safety net programs, family tax credits and health insurance -- perpetuate these negative outcomes.

Professor Duhart perfectly sums up why examining these intersections of race and LGBT identities are so vital, saying, "[T]he alliances we are forming are forged in common struggles. In many cases we are fighting common oppressors. By building bridges instead of barriers, we make the march easier for all of us on this long and arduous journey."

Professor Duhart goes on to to describe why embracing these commonalities matter:

This is a lesson that members of all oppressed communities -- and anyone committed to social justice -- should remember. Racism and homophobia intersect in complex ways to affect the lives of LGBT people of color and all of us. Rather than redeploying oppressive strategies against each other, people from disenfranchised communities are finally learning to focus on commonalities. The struggle for civil rights is expansive and universal. The work to be done is exhaustive.

Until we acknowledge the interconnectivity of our communities, including the common oppressors that seek to keep minority communities less powerful by dividing them, these staggering numbers will continue to build. By having these conversations, not only will we gain allies in the fight for civil rights, but we will become allies in struggles that lift up all minority communities by expanding racial, social, gender and economic justice.

Our goal should be, quite simply, equality for all.

Make sure you catch the entire interview on Critical Thinking Hosted by Waymon Hudson on Gay TV on the Go, and join the show's discussions on Twitter with the hashtag #WaymonWrapUp, and on our Critical Thinking Facebook page.