Kate Hart is a Young Adult (YA) writer with a complaint about her own genre. More specifically, she has a problem with the design of the covers of YA books.

She recently compiled a survey of the covers of 624 "traditionally published" YA books, and noted, among other things, the representations of minorities - or rather, the lack of them.

Of the black models featured, two were "behind a white girl", two had their face obscured, three were without heads and featured alongside two white friends, and only one is featured front and center, being an illustration of the albino lead character in the book "Akata Witch". She's not the only person to note the lack of diversity in YA publishing. In 2009, Justine Larbalestier's book "Liar", which had a black protagonist, was criticized for featuring a white face on the US edition's cover. Things don't seem to have improved much since.

And as for visual representations of characters with disabilities: zero. Not even, as Kate Hart says in her blogpost, "a token wheelchair."

See below for more results from her comprehensive survey, reproduced with permission from Kate Hart:

PHOTO GALLERY
Analysis of YA cover art
Download
Calling all HuffPost superfans!
Sign up for membership to become a founding member and help shape HuffPost's next chapter
Join HuffPost

Race On YA Covers: Survey Reports A Continued Lack Of Diversity
Analysis of YA cover art 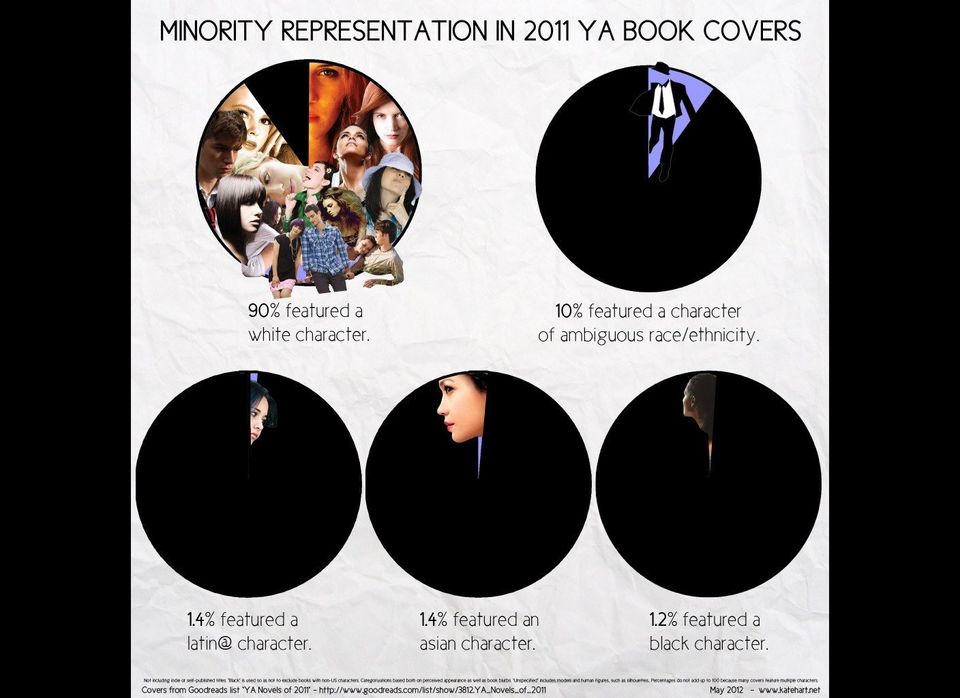