HAIFA, Israel, Aug 28 (Reuters) - An Israeli court rejected on Tuesday accusations that Israel was at fault over the death of American activist Rachel Corrie, who was crushed by an army bulldozer during a 2003 pro-Palestinian demonstration in Gaza.

Corrie's family had accused Israel of intentionally and unlawfully killing their 23-year-old daughter, launching a civil case in the northern Israeli city of Haifa after a military investigation had cleared the army of wrong-doing.

In a ruling read out to the court, judge Oded Gershon called Corrie's death a "regrettable accident", but said the state was not responsible because the incident had occurred during what he termed a war-time situation.

At the time of her death, during a Palestinian uprising, Corrie was protesting against Israel's demolition of Palestinian homes in Rafah in the southern Gaza Strip.

"I reject the suit," the judge said. "There is no justification to demand the state pay any damages."

He added that the soldiers had done their utmost to keep people away from the site. "She (Corrie) did not distance herself from the area, as any thinking person would have done."

Corrie's death made her a symbol of the uprising, and while her family battled through the courts to establish who was responsible for her killing, her story was dramatized on stage in a dozen countries and told in the book "Let Me Stand Alone."

"I am hurt," Corrie's mother, Cindy, told reporters after the verdict was read.

Few Israelis showed much sympathy for Corrie's death, which took place at the height of the uprising in which thousands of Palestinians were killed and hundreds of Israelis died in suicide bombings.

Corrie came from Olympia, Wash., and was a volunteer with the pro-Palestinian International Solidarity Movement.

Senior U.S. officials criticized the original military investigation into the case, saying it had been neither thorough nor credible. But the judge said the inquiry had been appropriate and pinned no blame on the army. (Writing by Crispian Balmer, Editing by Jeffrey Heller)

CORRECTION: In an earlier version of this wire story, Olympia was misspelled.

CLARIFICATION: Language has been changed in the headlines to reflect the judge's finding that the state was not at fault. 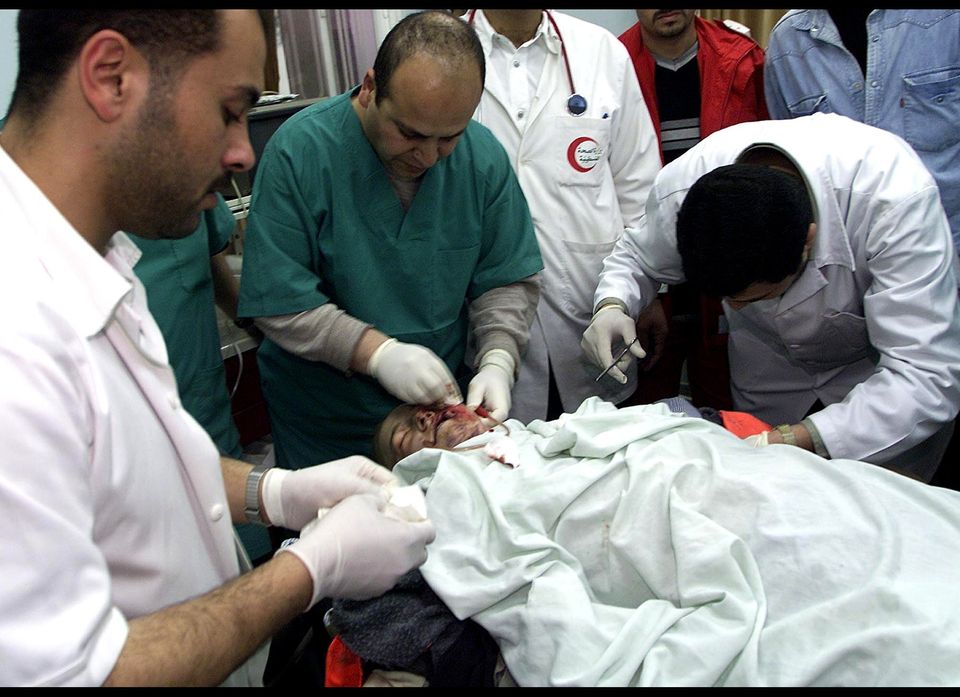 1 / 5
Rachel Corrie
In this Sunday, March 16, 2003, photo, Palestinian doctors try to save the life of Rachel Corrie, 23, from Olympia, Wash. at the Najar hospital in the southern Gaza Strip town of Rafah. (AP Photo/Khalil Hamra, File)
AP