I was drawn to the spectacle of Rachel Dolezal's story because of my experience of racial fluidity and the fact that I may have personally been deceived by her. I live and teach in the same community as Rachel Dolezal. I don't know her and she doesn't know me. But, when Dolezal reported hate crimes against her in March, as chair of Spokane's 2015 International Women's Day event, I rushed to join community members in dedicating time at our event to discuss racism in Spokane.

As a mixed-race person, I was initially disturbed that another mixed person's identity was being challenged here in Spokane. But, I was not naïve enough to think it was impossible that Dolezal misled the community. As I dug further into this story, my disbelief melted into worry that Dolezal had, in fact, misrepresented herself. When she was quoted saying, "We are all from Africa," my worries deepened as this phrase is often used by people who minimize the differences race makes in our access to resources.

This morning, Dolezal confirmed that she identifies as black on "The Today Show." Despite her claim to have shared the black "experience," we have collectively reached consensus that Dolezal is not black. But, most of us reached our conclusions not based on what Dolezal has said, but because Dolezal appears white on paper. As a mixed person, even though I was convinced by the evidence, I found it problematic. Though the facts of her particular case are hard to ignore, we must remember that evidence generally does not speak for itself. Evidence must be interpreted.

To be sure, the pictures released by Dolezal's family show a very blonde girl who appears to be of European decent. But, the daughter of a biracial African-American friend of mine looks a lot like Dolezal did as a child. Several biracial black women have written about the fact that they are women with African heritage who look very much like Dolezal. The fact that many initially assumed the pictures of Dolezal tell the whole story is especially problematic for these women.

Matters are further complicated with the circulation of Dolezal's birth certificate, which doesn't prove that Dolezal isn't African-American, either. Again, in Dolezal's case, it appears the allegations that she deceived an entire community are true, but documents don't tell the whole story in all cases. For example, in my own family, we recently discovered an error on a certified copy of my brother's birth certificate. On mine, my father's birth country is accurately noted as Colombia. On my brother's, it lists District of Columbia (I teased him mercilessly about being ColUmbian all these years rather than ColOmbian -- Colombians will get the joke). If my brother were required to provide "proof" of ancestry using that birth certificate, he'd be unable to do so.

Early on, many pointed to a video of Dolezal dodging direct questions about her racial identification as proof of her whiteness. But, there are also alternate interpretations of evidence as damning as her walking off camera. As I watched the video through the lens of my own experience, I had a visceral response. I have been asked a similar question in more casual settings many times, "Are you Latina?" For many years, I deflected by responding that my father is Colombian, just as Dolezal has pointed to Albert Wilkerson, Jr. (except the person I call "Dad" is actually my biological father). "What are you?" is an anxiety-producing question for me and for many mixed people. There is much riding on our answers: both social inclusion and exclusion. We are often uncertain how to fracture ourselves to fit into society's racial boxes. People sense the discomfort and hesitation. I worry in these moments that my discomfort is read as dishonesty.

I sometimes find myself wanting to prove my identity -- to reach for my papers, in a sense. Though I must respond to the awkward question, "What are you?" because of my lightness and my unaccented speech, my legal citizenship is never questioned. I am aware that some non-Hispanic white people feel more comfortable with me than they might with darker or more accented Latin@s. These privileges shape the opportunities available to me. I see it as my responsibility to use those opportunities to work for justice for those who don't benefit from white privilege. But, shared experience with other Latin@s of all colors has also led me to claim a "Latina" identity with less hesitation -- though I benefit from light-skinned privilege, I have much in common with darker-skinned Latinos.

After an alleged fraud of this magnitude, I worry that mixed activists and academics will be asked to "prove" our identities. Will there be a similar "birther" movement, demanding birth certificates of racial justice activists, just as some demanded proof of Obama's citizenship? Indeed, some commenters are calling for a more thorough vetting of racial justice activists. Here on the Huffington Post, Antonio Moore pointed to genealogy and DNA testing as a way to "insulate against this type of appropriation."

Calls for "proof" of heritage overlook the oppressive histories people of color have with respect to documentation. This resort to documentation parallels the strong anti-immigrant sentiment in this country. Latin@s in Arizona can be asked for proof of citizenship simply because they "look" undocumented. And of course, prior to the abolition of slavery, black people were required to have passes to travel. Other groups in the U.S., and elsewhere in the world, also have oppressive experiences of documentation. These shared histories should give us pause about suggestions that people who look mixed "prove" their identity claims.

Many people occupy the expansive gray area in racial identification. Latin@ identity, in particular, challenges standard definitions of race. However, there are limits to how far the very fluid boundaries can stretch before they break. Rachel Dolezal has demonstrated that limit. It is important to remember that this scandal, though it has implications for mixed people around the country, most profoundly affects the black community in Spokane.

The challenge we are faced with now is to figure out how to move forward without resorting to the tactics of exclusion that have been used against communities of color -- including the demand to show our papers. I am unsure how to "insulate against" another Rachel Dolezal, but I am certain that coalition is required for racial and social justice work.

PHOTO GALLERY
What Happened When A Mixed-Race Woman Had Her Picture Photoshopped In 18 Different Countries
Download
Calling all HuffPost superfans!
Sign up for membership to become a founding member and help shape HuffPost's next chapter
Join HuffPost 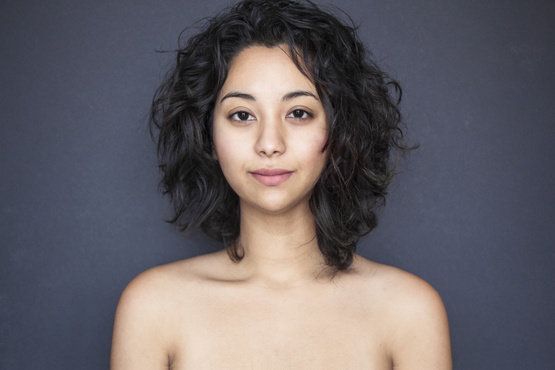