Rachel Maddow and Frank Rich sat down Wednesday night to discuss Occupy Wall Street and the conservative media's response to the movement.

Maddow steered the conversation to Glenn Beck — or, as she referred to him, "the former Fox News host" who she guessed is "just on the Internet now" — and his response to Occupy Wall Street protesters. He said during a Wednesday "Today" interview that the protesters were "radicals, revolutionaries, communists, socialists, and Islamists" who sought to destroy "the capitalist system and the Western way of life". Maddow also said that the conservative media like Fox News was trying to "demonize the protesters."

Rich said he didn't think these attacks would be very effective. "I think it's going to backfire," he said. He described Beck and Fox News' response as an "echo chamber" because " they are speaking to people who will feel this way regardless."

When Maddow asked Rich if he believed the "physical manifestation of discontent" was imperative to the movement's cause, Rich said it was "not always that important" since the movement was polling well among Americans.

"This is building beyond the physical presence," Rich said. He recalled that the first poll about Occupy Wall Street had a 37% approval rate, a number that has been steadily growing. The latest CBS News/New York Times poll showed that 43% of Americans agreed with the views of Occupy Wall Street.

"They lit a fire," Rich said of the protesters. 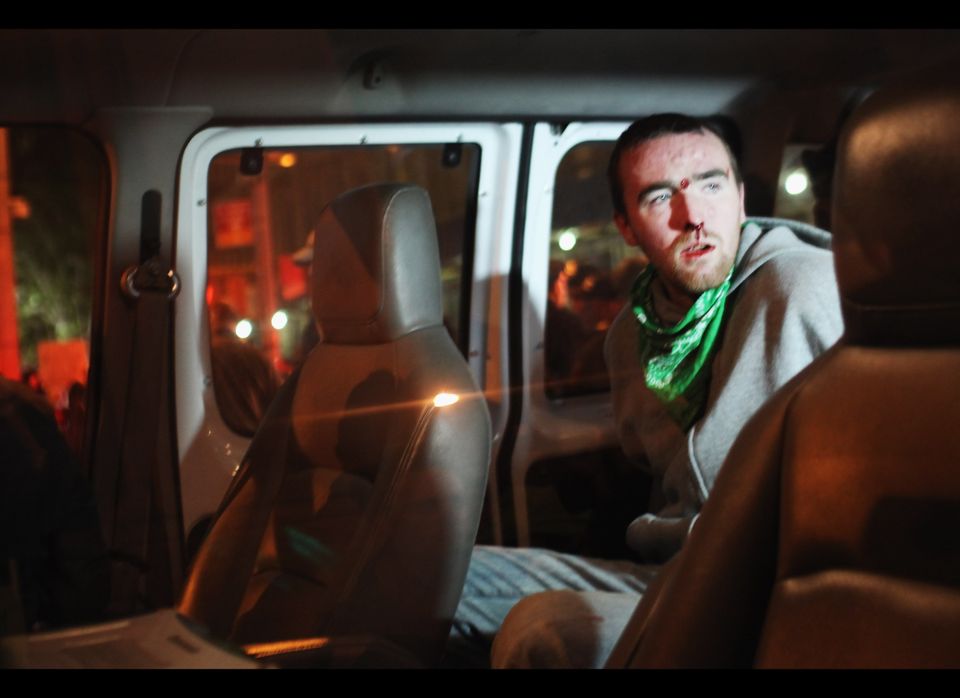 1 / 10
Occupy Wall Street Holds March In Solidarity With Occupy Oakland
NEW YORK, NY - OCTOBER 26: A bloody Occupy Wall Street protester sits in a police van after being arrested during a demonstration to show support for their counterparts in Oakland, California on October 26, 2011 in New York City. Police fired tear gas into a crowd of hundreds of protesters associated with the Occupy Oakland movement last night following their eviction from a local park. (Photo by Spencer Platt/Getty Images)
Getty