Rachel Maddow revealed her conflicted feelings about gay marriage in a new cover interview with the Hollywood Reporter.

The interview was published Wednesday. In it, Maddow said that, though she and her longtime partner, artist Susan Mikula, knew many people who had gotten married, the two didn't "feel any urgency" to join them. The reason, she said, was that she is ambivalent about the assimilationist aspect of gay marriage.

"I feel that gay people not being able to get married for generations, forever, meant that we came up with alternative ways of recognizing relationships," she told THR. "And I worry that if everybody has access to the same institutions that we lose the creativity of subcultures having to make it on their own. And I like gay culture."

Maddow has, of course, been a staunch supporter of same sex marriage rights. She even incurred some liberal wrath for continuing to note President Obama's opposition to marriage. However, she has not previously expressed her misgivings in such plain terms. In fact, during a 2010 interview, she said that she would "maybe" and "conceivably" get married.

In the interview, Maddow also revealed her love for George Clooney. She even broke one of her longstanding rules by agreeing to film a cameo for his new movie, "The Ides Of March."

"It's really hard to say no to him," she said. "So there I am, I'm a Hollywood sucker. I'll do anything for George Clooney."

Read the full interview here, and check out the Hollywood Reporter cover below. 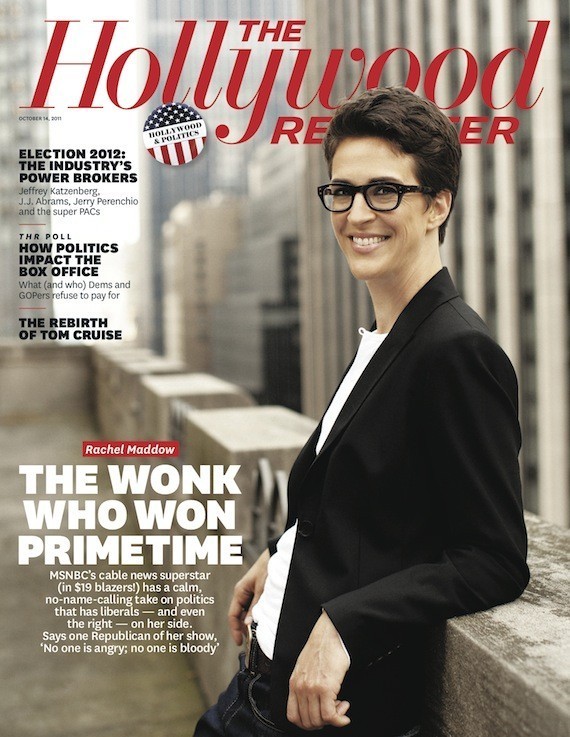