Rachel Maddow lit into controversial fact-checking outfit PolitiFact with notable fury on her Wednesday show, hammering the organization for a series of statements it made about President Obama's State of the Union address.

During the speech, Obama said: "In the last 22 months, businesses have created more than three million jobs. Last year, they created the most jobs since 2005."

PolitiFact found both statements to be true. But, it initially said, "he went too far when he implicitly credited his administration policies. So we rate the statement Half True."

Maddow has tussled with PolitiFact over her own statements before, and the group attracted a torrent of criticism from progressives when it dubbed Democratic talking points about Republican plans for Medicare as its "Lie of the Year" for 2011. But she did not address either of those things on Wednesday. Instead, she looked agog at PolitiFact's latest choice.

"PolitiFact, what is wrong with you?!" she cried. "You think the president calls himself 'Businesses' like it's a nickname for himself? ... what are you talking about?"

As she noted, PolitiFact later changed its rating of the statement after an outcry of, as she put it, "half of the English-speaking Internet." PolitiFact's new rating, though, failed to mollify the MSNBC host, since the group revised its assessment to just "Mostly True."

This prompted what is surely the most impassioned rant heard on "The Rachel Maddow Show" for some time: 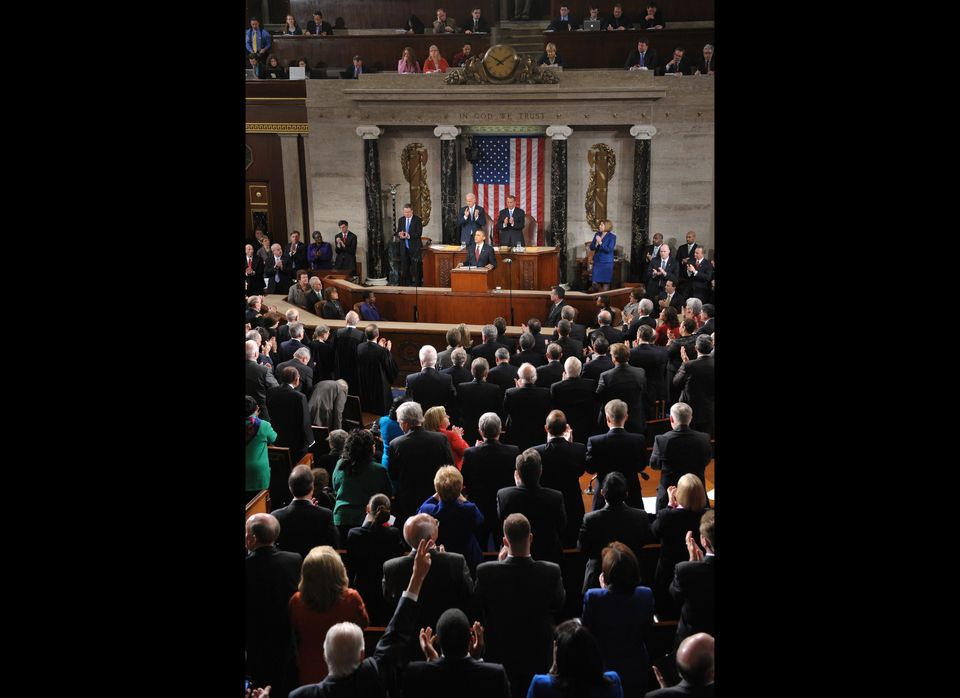 1 / 19
US President Barack Obama receives applause as he delivers his State of the Union address before a joint session of Congress January 24, 2012 on Capitol Hill in Washington, DC.
Getty