Twitter, editorial pages and blogs have been buzzing with a mix of outrage, indignation and pride — plus plenty of online eye-rolling — since the New York Times published author and book critic Rachel Shteir's widely-derided review last Thursday.

The entry was supposed to be a review of three Chicago-centric books, but since Shteir's "Chicago Manuals" spent most of its 1,824 words disparaging the Windy City and not reviewing books about it, many dismissed Shteir's writing as an outright hit piece.

Shteir opens with a description of how a friend easily ticks off "poor" Chicago's many maladies (corruption, the Cubs losing streak, parking meters):

Actually, “poor” seems kind. And yet even as the catastrophes pile up, Chicago never ceases to boast about itself. The Magnificent Mile! Fabulous architecture! The MacArthur Foundation! According to The Tribune, Chicago is “America’s hottest theater city”; the mayor’s office touts new taxi ordinances as “huge improvements.” The mayor likes brags that could be read as indictments too, announcing the success of sting operations busting a variety of thugs and grifters.

Shteir colored Chicagoans' refusal to be indifferent toward their own city as a "swagger that has bugged me since I moved here from New York 13 years ago," despite few of her critics denying the city's objective ills like segregation or fiscal buffoonery.

Still, there was too much wrong with "Chicago Manuals" for some Chicagoans to handle, and since Thursday, there have been no shortage of reactions.

(Scroll down to read Chicagoans' reactions on Twitter to Shteir's "essay.")

The Reader's Michel Miner gave an excellent analysis/takedown of where Shteir's went wrong, while political columnist Carol Marin took to the airwaves via NBC Chicago (video embedded) to lay many no-holds-barred burns on the East Coast native.

Tuesday morning, WBEZ's "The Morning Shift" devoted a segment to unpacking the current DePaul professor's take on Chicago, and talked to the Sun-Times' Neil Steinberg, whose memoir "You Were Never In Chicago" fared worst of all in Shteir's review.

The very recent Chicago Magazine interview with Shteir shows zero love lost between the two writers ("his column doesn’t really interest me," Shteir said), and shows the Chicago resident of 13 years on the defensive after several blistering attacks against her.

Shteir declined to come on "The Morning Shift, but in her absence, Steinberg tried to ultimately quell the hurt and anger felt by many after the Times review. Steinberg said he was originally excited to be reviewed by the New York Times, but warned listeners, "be careful what you wish for."

"We don't need to look to other people for validations. We know what we are."

Shteir's response in Chicago magazine was pretty tame (though still laden with plenty of subtle digs at her critics), but given the harshness of the backlash, a fake Twitter account for Shteir seems like it could be close to the truth:

@Chicago_Reader It's this kind of reductive analysis that personifies the descent of the Midway into humdrum tumult. ALSO EAT A DICK. 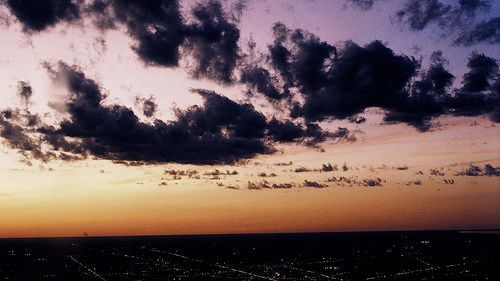