Tucked away in the mountains of Colorado, you can find Rachel Tribble. Philanthropic, meditative, artistic Rachel Tribble, who welcomes elk into her yard, considers layers of planetary dimensions and creates pieces that are delicate, bold and authentically hers. And while her lifestyle is serene and quiet, her artwork is making a loud impact on the world today.

Rachel Tribble's linear career path is a hodgepodge of interests, passions and principles. In the 80's, she was living in New York City, the hub of culture, surrounded by impressive fine art, lively nonconformists and a raging music scene. Naturally, Tribble became one with the music club, spending the majority of her time at shows and embracing that sector of entertainment. It wasn't until she moved to Minneapolis, that she became much more hands on in that arena, creating massive installations for night clubs. With the emergence of techno, Tribble contributed with huge 25 foot spinning, kinetic light installations and structures, equipped with strobes and a fog machine. After 5 years of producing these pieces and working with lighting directors, Tribble craved a more traditional artistic outlet. That is when she turned to painting and crafting, specifically making whimsical mobiles out of acrylic and plexiglass. 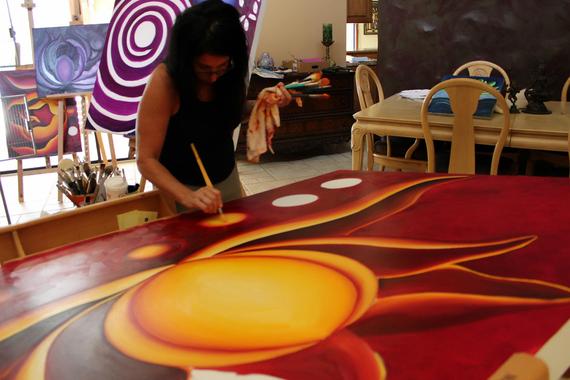 "I've been creating art, for what feels like my whole life. My immediate surroundings always centered around art and that creative exposure. As I got older, I began to realize more and more how important it is to experience and be hands on with aspects of life that you care about. In Minneapolis, there is a strong Native American population. While I was creating my mobiles, my spiritual side drifted towards learning about the tribes, and I became very involved. I visited a reservation in South Dakota and was appalled by their conditions. I knew I had to do something."


And that is where the altruism kicks in. Tribble spent 10 years doing economic development for Native American communities, including building proposals for higher education and meeting senators in Washington. It was during this time that Tribble met her [now ex] husband and became very integrated with the ceremonial community. "I needed to work towards a better community," she explains. "I see programs developing now that I helped start. I loved doing this work, but a major part of me felt the need to paint again." 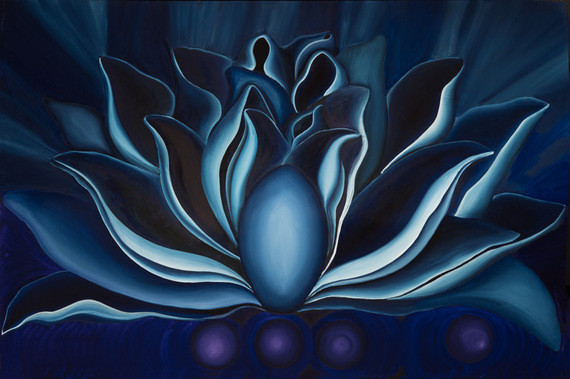 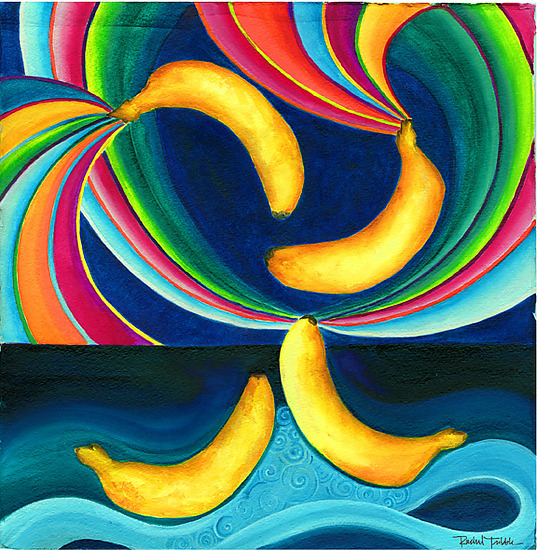 This experience not only benefited Native American tribes, but it very much influenced Tribble's spiritual side, which vastly reflects upon her art work. She began painting a series, largely inspired by her natural surroundings. Those pieces centered around bright hues, large fantastical flowers and earthly portraits. It wasn't long before someone at Disney saw her work and asked her to commission a poster for Epcot. In 2008, she began collaborating with Disney and developed her commercial portfolio, mainly in special events and Disney's Epcot International Flower and Garden Festival. For clear reasons, this opened many doors, including a collaboration with Michael Brooke and his magazine, Concrete Wave. From there, Tribble worked on skateboards, playing a part in the creative portion of Longboarding for Peace, a movement aimed towards at risk youth. Brooke and Longboarding for Peace work with kids from all over the world, teaching them about overcoming obstacles, about balance, both physical and emotional, while teaching them how to skateboard over the course of one week.

"With my art, my mission is to bring some light into the world. Everyone is always freaking out. We need some happiness, and even silliness. That is where I am. Sometimes my art is just cheerful, and I hope people like it." 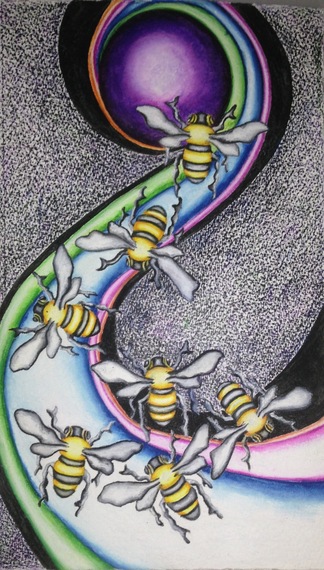 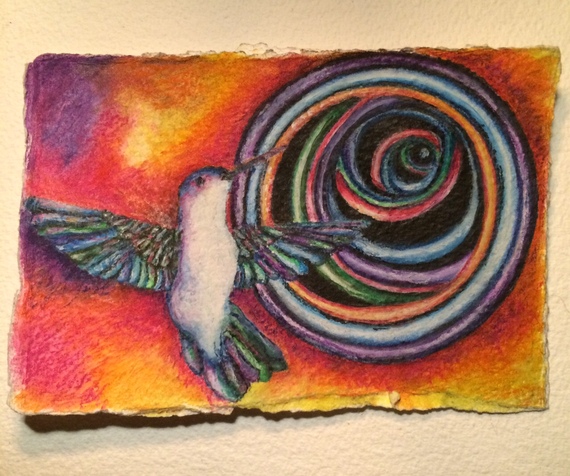 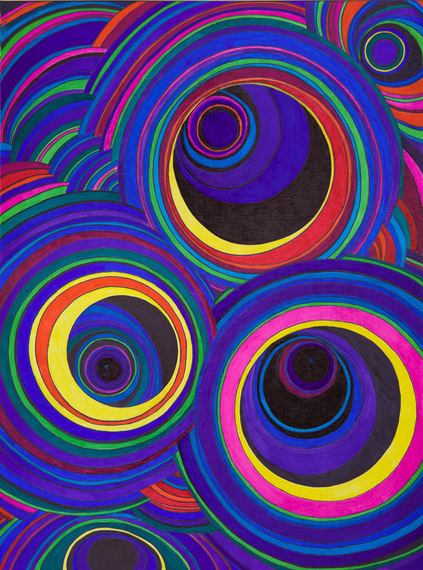 Although there is a conspicuous ebullience to Tribble's artwork, the matter of fact is that many of her pieces dive into layers of our existence that aren't quite apparent. Tribble's devotion to meditating, this serenity in nature that she keeps in her everyday, makes a huge mark on the way that she crafts her artwork. The reflection doesn't end with an idea to create- it seeps onto the page, this post meditative ponder, etching Tribble's ideology onto the canvas.

"When you dive deep into a meditative state, there is an explosive world. I've actually spoken to others who have experienced these dimensions, who have hit that level as well. There's really something to it. Science is even starting to unravel these states that we can access through meditation. It's almost like dreaming, as if we go into this quiet space where other worlds can collide with our own. As artists, it's our job to explore these dimensions. Everything reflects nature to me. I can't express what I see, but there are elements and special relationships. But the relationships are very deep. We are part of a whole and when we separate from that whole, that's when we, as a civilization, get into trouble." 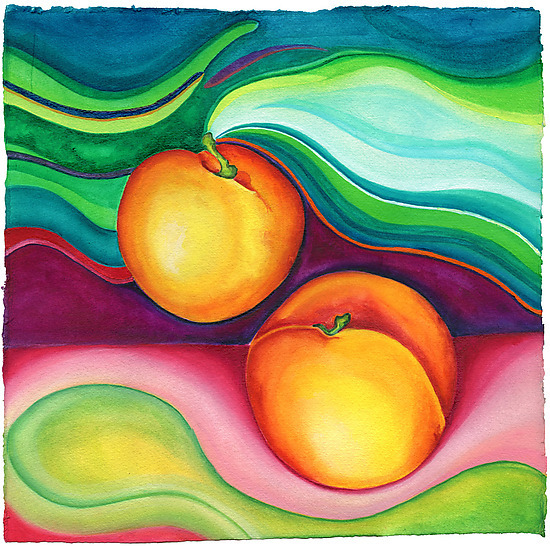 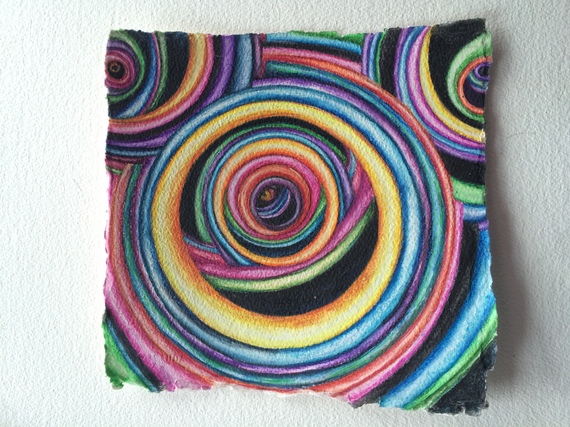 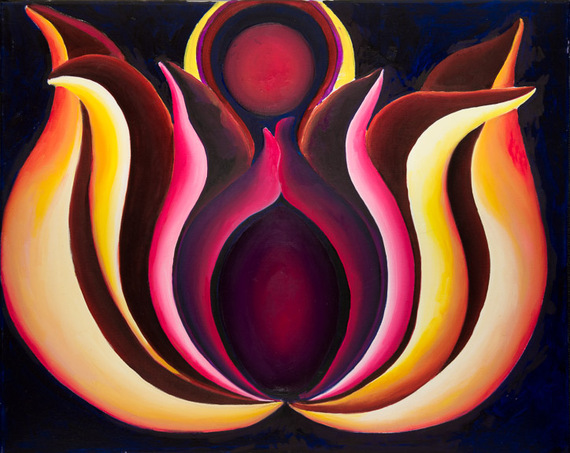 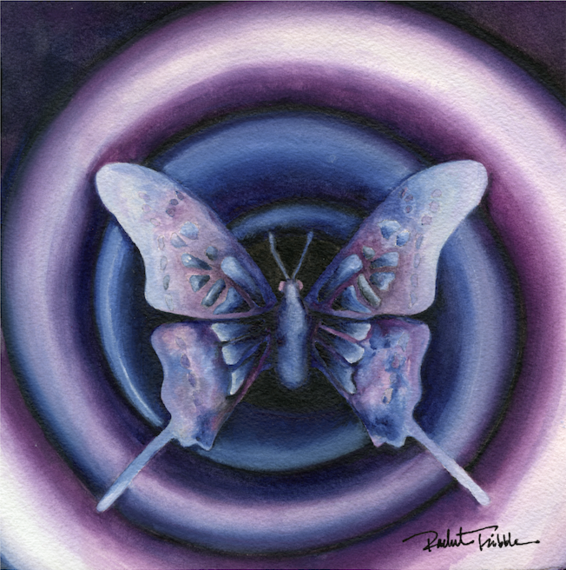 There are many projects lined up for Rachel Tribble. For the past few years, she has worked with Secret Room Events, a company that creates baskets for large events and donates to nonprofit organizations. She will be adding limited-run prints to the baskets, which will be given out at the Oscars this Sunday, February 28th. Tribble is also collaborating with musician Jeff Ganz, to create ambient soundtracks and digitized visuals aimed to help with meditation and stress relief.

You can check out more of Rachel Tribble's work on her website http://racheltribble.com/ 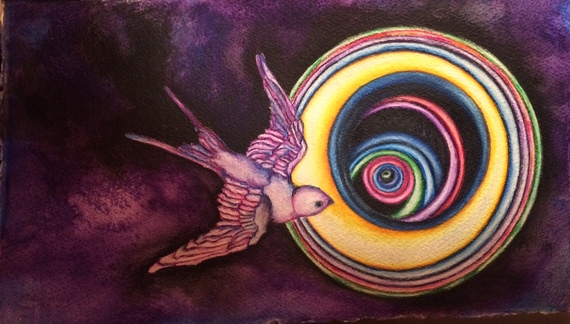 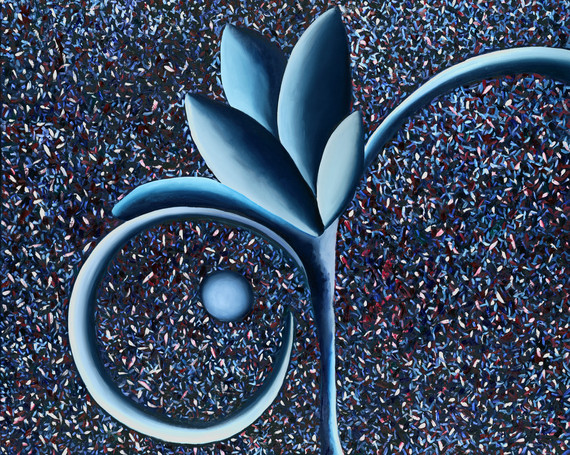 All photos courtesy of Rachel Tribble