2011 has been a good year for Rachel Weisz. Not only did she surprise everyone by marrying her "Dream House" co-star Daniel Craig in June, but she has also become quite the cover star.

The 41-year-old actress posed for WSJ. Magazine's Fashion Issue in September, she landed the October cover of Lucky and now she appears in quite dramatic fashion on the Autumn/Winter 2011 issue of AnOther.

It's a more avant garde turn for Weisz, whose red carpet looks tend towards the simpler side of things.

Then again, she also took it all off for her Bulgari campaign, in which she embraces an oversized Jasmin Noir perfume bottle while lying on a lion. It's hard to know what to expect from this beauty.

Check out Rachel's striking cover below -- what do you think? 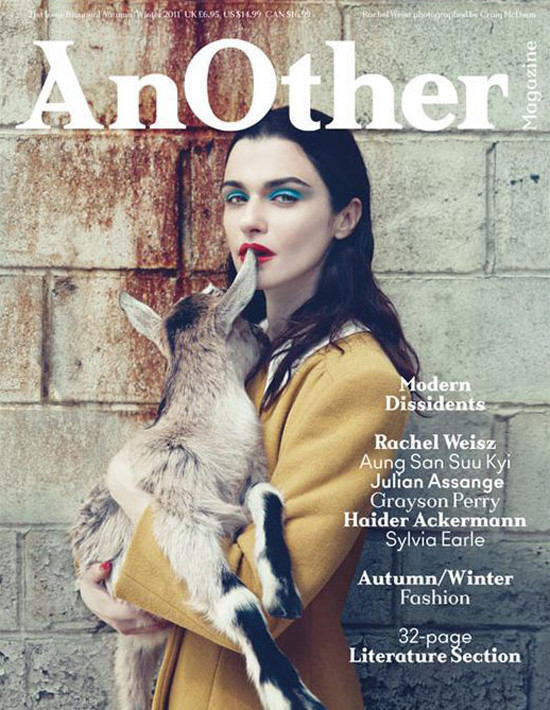