A sexual education and health teacher at a Massachusetts high school has been indicted on rape charges after prosecutors said she had a sexual relationship with a student.

Rachelle Gendron, 27, was fired from her job at North Central Charter Essential School in Fitchburg following an investigation in which police allegedly recovered "significant" evidence of inappropriate conduct, including text messages and photos of the teacher "in various states of undress with genitals and breasts exposed," from the phone of a 14-year-old male student.

In court Friday, Gendron appeared crying and visibly shaken as she was arraigned on charges including five counts of rape aggravated by age difference. 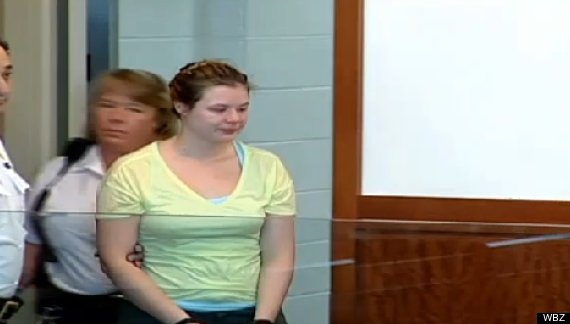 Gendron is accused of having sex with the victim three times in October 2012, once in January 2013 and then again in March. She is also accused of enticing the boy, according to indictments.

A school official told the newspaper that Gendron, who had been living with her parents in town, had taught at the school for five years.

Gendron pleaded not guilty to all charges against her. If convicted, each count of rape carries a mandatory minimum sentence of 10 years in prison.

WHDH reported that the victim is no longer enrolled at the school.