African-Americans in Minneapolis are far more likely to be arrested for minor offenses than white residents, according to a new report.

The report also found that a black youth is 16.39 times more likely to be arrested than a white youth for a curfew violation or for loitering.

Here's how those numbers look in chart form: 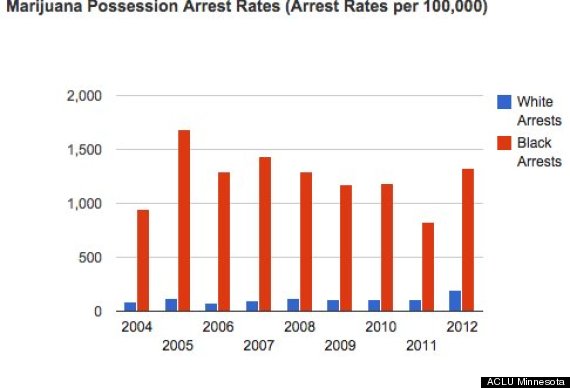 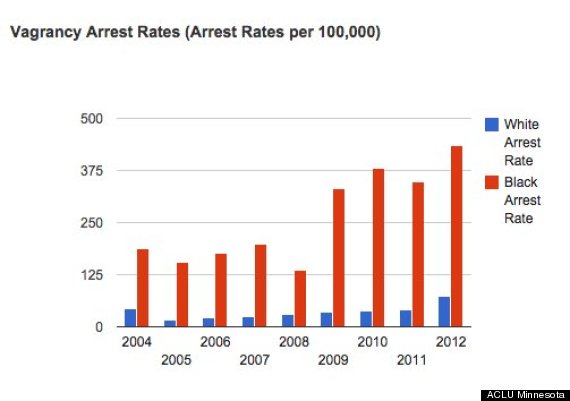 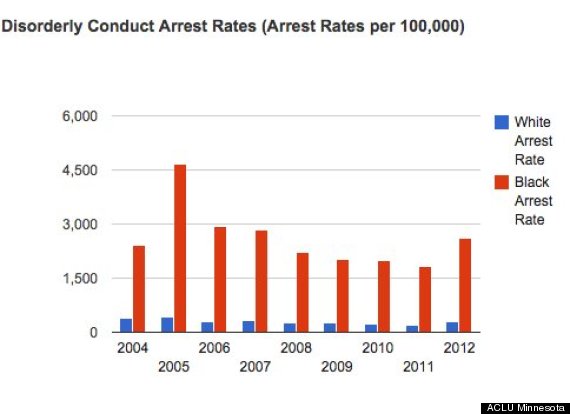 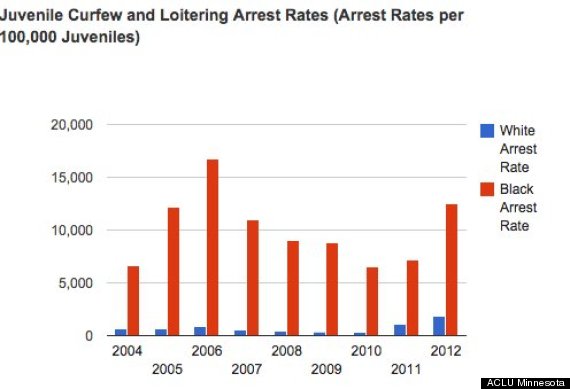 The Minneapolis Police Department did not immediately return a request for comment, but Police Chief Janeé Harteau told the Star Tribune her department would look into the report's findings.

"I will ask the department’s analysis unit to examine this and areas such as victimization, location of crime, and reported suspect information,” Harteau said. “These and other areas need to be examined before making an assessment on the effectiveness of improving public safety and public trust.”

These same types of disparities have cropped up in other cities like New York. When confronted with these statistics, police often say they are simply arresting the people who are committing crimes, regardless of their race.

But Teresa Nelson, legal director for the ACLU of Minnesota, told The Huffington Post that that explanation doesn't tell the whole story.

"When you’re talking about low-level offenses, these are offenses that are fairly subjective," Nelson said. "A noisy argument is either a situation where police might move somebody along or talk to them or arrest them for disorderly conduct. Oftentimes, implicit biases come into play and you have a disparity in how that noisy argument is handled."

Nelson also pointed to studies that have shown blacks and whites use marijuana at similar rates, but African-Americans are arrested far more frequently.

"We need to look at how police practices are leading to these disparities," Nelson said. "We need to look at the way police are enforcing low-level offenses and whether an overemphasis on those offenses is really working to address violent crime in Minneapolis."