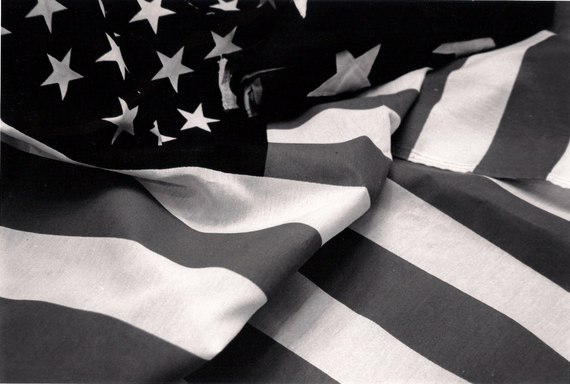 Shouldn't there be a raged outcry for justice by all American citizens who own a television or a smart phone? Better yet, anyone who has internet access should be in an uproar! I mean, does anyone know the truth about America's biased judicial history towards African Americans? And I am not talking about the old 1950's justice system. I am shining the spotlight on the ever-present unfairness Black America still fights with today. History has shown us how these biased behaviors have been allowed and now have become the premise of our country. Here is a contrasted time line of how America has progressed on the matter of racial injustice.

According to the news media outlets, police brutality looks the same today as it did in the 1960's. The harsh treatment towards African Americans from government officials was not uncommon then and it is not unheard of now. Today, many cases of gross murders and vicious brutality are taking place on camera. Even with solid evidence, the cry for justice by all American citizens is still not loud enough.

Can there truly be justice when the blanket judicial system does not represent the African American community? There has always been a huge disparity in our legal system as it relates to racial bias. As long as there is no "sounding of the alarms" regarding the racial injustices we see every day from the powers that be, we can assume that both our White and African American judiciaries are not concerned about racial injustices.

In order for true change to happen we as a collective body of citizens must get to the root of the problem. I believe that God (or the universe or whomever it is you believe in as your higher power) is shining the spotlight on some of the root problems in America; but, are we refusing to see the problems even with the light of the truth beaming down on them? Is it ok to stay quiet in the face of injustices because you believe it does not affect you or your community?

The reality of the situation is: unfairness and injustice to one affects all. A race of people who have suffered through injustices throughout history will soon get tired and fed up. When this happens there will not be any rest for anyone. Remember the aftermath of the Rodney King trial? What about the Michael Brown trial? There are individuals who want peaceful resolutions to America's issues but on the other hand, we have individuals who are filled with rage and anger because they feel helpless. They are despairing because they are made to watch their sons, daughters, and family members be murdered on international television. It is like a slap to the face when some of these cases end in mistrials or the charges are delayed. The rage and anger this body of individuals feel will one day demand a payment.

We as a people must first acknowledge that there is and has always been a serious problem with racial injustice. The core of who we are as a nation must be dealt with. Ignoring the issue will not make it go away. The rest of the world is watching in disbelief as we continue to pretend that our nation is whole.

Will you stand up for your fellow neighbor when you see an injustice, regardless of the color of their skin? Or will you hurry yourself and your family members along as if nothing wrong is going on? How long will we remain silent while human beings are being killed every other day without probable cause?

In order to take action against the many criminal acts being committed within our great nation, we must not to turn the other cheek or turn a blind eye to unfairness. We must rise to look injustice in the face and say, "ENOUGH! We will not tolerate racial injustice or any injustice any longer!" If you choose to remain silent about the injustice in your community, you are not contributing to making this country better.

I take peace in knowing God will make wrongs right and in the end, He will balance the scales in America. Change does not come easy but it does come. We as a people must be willing to hold up the mirror to our own faces to examine ourselves to see how we have become so passive and uncaring. We should no longer hold bias towards another race or stay bias's within our own race. We must unite. Let's unite together and stand for justice for the sake of all our children and our future America.

Bio: Sharon is a Huffington Post blogger, an author of, "Chronicles of Pain," and a co-author of Best Selling book "20 Beautiful Women Volume 2." Her new book which will be released Feb/2016 is called The Thought Detox. She has an AA degree in Human Service Management as well as Chemical Dependency Trainee Certificate through the state of Washington. Her work with the homeless/addicted population has inspired her to share her story, this is where she recognized the importance and the impact of being transparent in helping others. The goals for writing these books are to help shed light on why individuals get to some very desolate and dark places in life.