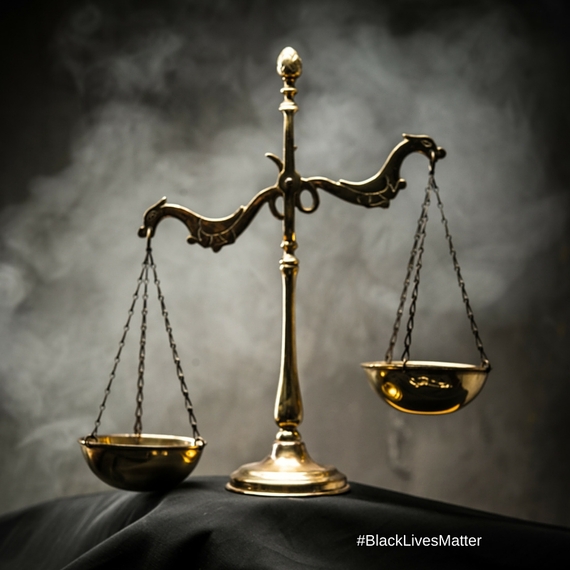 The shooting deaths of Philando Castile and Alton Sterling made headlines last week, pushing their way even into my headline. I don't like to jump into hot political topics, but I read a riveting blog called "The Conversation We Must Have With Our White Children" by Courtney E. Martin. She said to make the reality of white privilege "a part of your daily consciousness, even when it seems tiring and burdensome."

I may be a Huffington Post community blogger, but that doesn't mean I feel comfortable speaking for a community. Rather than engage in debate, I prefer to focus on looking within. I believe peace is an inside job. I also believe the spiritual tenet: as within, so without.

That means that there is a part of my consciousness that is contributing to these violent acts.

I must look at them. So I do it the only way I know how: through my personal lens and experience.

The day Alton Sterling was shot, I was in my chiropractor's office. An African American boy, barely a year old, was there playing with the receptionist while his mother was with the doctor. Unbidden, he walked over to me, put his arms around my neck, and wrapped me in the sweetest, purest hug. It was a reminder from one so fresh from God that love is possible. It's right here. But it is sometimes small and tender and easily overlooked.

Two days later I found myself in the emergency room with my teenage son. He had a stomach bug that had him vomiting over 18 hours. As he received IV fluids, I flipped through the TV channels and was delighted to land on a show from my childhood, Hogan's Heroes. I hummed along with the familiar theme song for a moment before trying to explain the show to my son, who was understandably confused to see a laugh-track paired with soldiers wearing swastikas.

"It was funny because... well, because they're making fun of the Nazi's," I said. It felt like a lame answer, so I Googled the show, looking for context. Apparently "camp comedies" and spy themes were the rage in the 60s. And even though the actors who played the main Nazi characters were Jewish, at least a few cast members admitted to feeling "a little queasy" about portraying "funny Nazis."

"But that's just the way it was," I added feebly.

Our nurse, a wonderfully kind and gregarious man named Ed, about my age, brought up All in the Family as another example of a comedy that would never be aired today. We tried to paint a picture of Archie Bunker as a lovable racist who used the slurs "Spics, Spades, or Hebes" in a groundbreaking way in order to bring prejudice to light.

"We needed to laugh about things that were too uncomfortable to face," I said. "That's just the way it was."

He's right. As the headlines prove, it's deadly serious. Yet I still have a soft spot in my heart for Colonel Klink and Archie Bunker that makes me squirm.

Thank God that now we're better than making light of racism. Or act as if we are. Thank God that people like me don't think twice about arriving at an ER, whipping out an insurance card, and being topped off with a bag of fluids spiked with a little something to make it all a little less nauseating,

My son is 16. He is tall and handsome, gets straight A's, and will soon have his choice of which college to attend. And he's white, which makes him a member of one of the most privileged groups on the planet. It's up to him to remind us that racism is not funny, or acceptable, in any form. It's up to him to be shocked into silence, to listen with a new consciousness when the generation before him feels tired and burdened.

I like to think that one day I'll have his child, my grandchild, wrapped around my neck in a loving hug. And that when we try to explain to that child why it was acceptable for people to die because of the color of their skin, we are able to find more to say than, "that's just the way it was."

Hello Loved Ones: A Novel
by Tammy Letherer