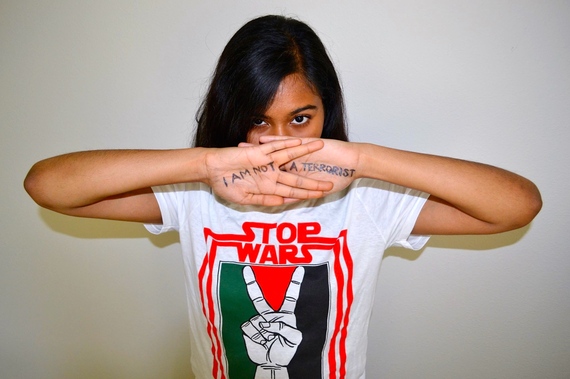 Just over a week ago, America saw its worst terrorist attack in years. I do not wish for its perpetrator to go down in history, as was likely one of his goals, and I therefore I refuse to call the Charleston shooter by his name. Instead, I hope we remember the names of Rev. Clementa Pinckney, Tywanza Sanders, Cynthia Hurd, Rev. Sharonda Coleman-Singleton, Myra Thompson, Ethel Lance, Rev. Daniel Simmons, Rev. DePayne Middleton-Doctor and Susie Jackson, the victims of such senseless violence.

But even though I do not wish to call the man--and yes, a 21 year-old is man, not a boy, despite what sympathetic reporters might have you think--by his name, I do still want to talk about him in general--or rather, the media's what I find to be a very disturbing portrayal of him.

Unlike the Charlie Hebdo shooters, who were instantly (correctly) branded terrorists by Fox, CNN, ABC, NBC, and the rest of the media alphabet soup, even now, after more details have emerged about the shooter's motives, the only ones calling a spade a spade with regards to Charleston are Jon Stewart and his fellow comedians, who've recognized this heinous act for what it is since day one--which is more than the FBI can say.

Perhaps the unwillingness of the mainstream media to call what happened in Charleston a "terrorist attack" would have stung less, had the same thing not happened back in February in Chapel Hill. In this case, the pain cuts sharper: While there is still some ridiculous debate over whether the brutal execution-style triple murder of Deah Barakat, his wife and sister-in-law Yusour and Razan Abu-Salha, was motived by a parking dispute rather than hate, the signs are clear as day in Charleston, revealed by the shooter's own volition in his sickening manifesto. This damning diary is in addition to the bullets he already spoke when carrying out his murderous plan: "I have to do it. You're raping our women and taking over the country. You have to go."

And yet, even after audible calls for a race war and an attempt at genocide, the FBI still refuses to call the terrorist what he is, and instead falls back on its favorite time-tested explanation: mental illness.

As someone who struggles with depression myself and who has many friends relatives who also battle mental health issues, this is an insult of epic proportions. But you don't have to identify with that community to understand how. As one of my close friends commented after Chapel Hill, this constant refrain is harmful because it assumes a white person could not possibly be a terrorist, and has to be mentally ill to want to murder someone at all.

It's a horrible cycle, and it continues, despite the fact that white supremacists have killed more people than those with mental health problems or wannabe-jihadists since 9/11. Should I have been surprised by these numbers? Twitter certainly seems to be, but I think in the back of my mind I've always known that was the case, that in the grocery store that is America, terrorism only comes in a certain brand. And as you leave the checkout counter? Here, hang onto your receipt, and enjoy the free stigma.

There are more than enough issues and sources of this stigma that both the Muslim community and the community of people who suffer from mental illness have to overcome already. In the case of the latter, it starts with the fact that we use the phrase "mentally ill" at all, as if there's something deficient in those of us with depression. By mislabelling terrorists as victims of their own personal war with mental health issues, we automatically add to the burden even more by again stigmatizing words like "loner," "soft-spoken," and "depressed."

Maybe we suffer from PTSD and are always checking over our shoulder to see if someone's following us, maybe we find it harder to sleep at night, maybe we can't as easily communicate with other people. But how does that make it any more believable for us to murder someone than a white supremacist? Are we going to equate white supremacists and genocidal mass murderers with teenagers just suffering from extreme anxiety? Certainly, these murderers are twisted and disgusting, but as Arthur Chu also pointed out, do a keyword search of phrases from the Santa Barbara and Charleston shooters' manifestos, and just look at how many hits you get on message boards all over the internet of people applauding their actions or making similar calls for a race war.

The takeaway from all of this: Racism and misogyny are not mental illnesses. They're acts of terrorism, just like 9/11, just like Charlie Hebdo, just like the senseless violence that occurred just last Friday morning-and just like the Holocaust, the Crusades, and colonialism in general. And this terrorism, violent extremism--whatever you want to call it--knows no one race or creed.

To consider these twisted ideologies and mental illness one and the same is a step backwards not only for justice, but for widespread acceptance of certain conditions throughout civil society as well. This disgusting saga playing out on our TV screens and in our newspapers must end now, before it permanently ostracizes and alienates two of society's marginalized groups. I'm not saying that we must call every murder a terrorist attack. But let's at least take out race and religion as factors, and hold everyone to the same standard. To do anything but hold every identity to the same standard is an insult to all of them.

While I have said that the Charlie Hebdo massacre was an act of terrorism, I am not Charlie, and I've written about why on a separate occasion. But Charleston? I and the other minorities in this country, whether we're Muslim or "mentally ill" or both, feel you. We stand with you. And American media? Do better.