A photograph of a bumper sticker that features racist, anti-Obama language has gone viral on Facebook and other social networks.

The offensive design appears to have originated at a site called Stumpy's Stickers, where it can be purchased. The site sells variations on the same idea, including another "Don't Re-Nig" design featuring a caricature of a black man's face with a missing tooth, a picture of a chimp that reads "Obama 2012," and another with a drawing of several Ku Klux Klan members that reads "The Original Boys In The Hood." 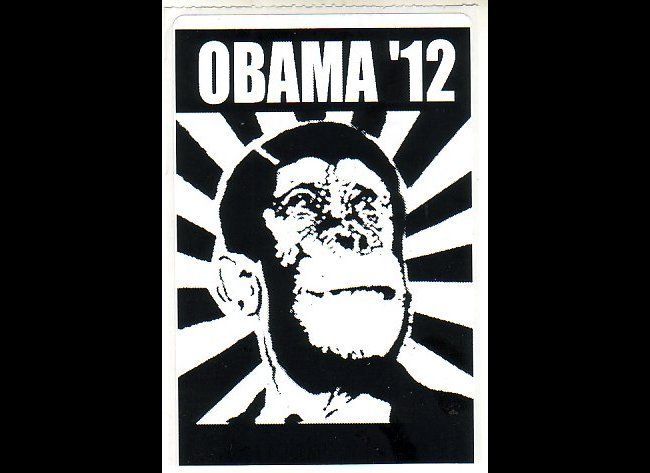