Remember when Miami beach police were busted for using mug shots of black men for target practice? They’re not the only ones with a racially charged practice routine.

A South Dakota vendor was banned from Sioux Falls’ Collector’s Classic Gun Show this weekend after selling racist targets among his merchandise.

The papers featured a caricatured profile of black man with the words “Official RUNNIN NIGGER Target” across the top. They were being sold for ten cents each.

Bob Campbell, the gun show’s manager, told KSFY he was “disgusted” by the flyers. He assured reporters that the racist fliers were snuck in unbeknownst to organizers who examine all merchandise before it’s set out.

A photographer from the news station asked the vendor why he decided to use those targets. The vendor responded, “Why aren’t they there?” You know, there are some black people, and then there are some Negroes.”

“I sold 500 of them this weekend so what difference does it make,” the vendor went on to say. He was reportedly later banned from the gun show.

This comes after after a recent N word scandal at University of Oklahoma’s Sigma Alpha Epsilon fraternity chapter. SAE brothers were filmed singing and chanting “There will never be another nigger in SAE.” The university has since shut down the fraternity chapter and expelled two students.

CNN invited rapper Trinidad James to speak Monday night, after a video of the SAE House Mom singing N word lyrics to James' song 'All Gold Everything' surfaced. James criticized the frat, and continued to explain that there are loving uses of the N word as there are hateful.

“We use the word because that’s how we came up... When I call you that you do not feel that I hate you. It’s love.”

Although, that's certainly not the way the gun show vendor meant it. 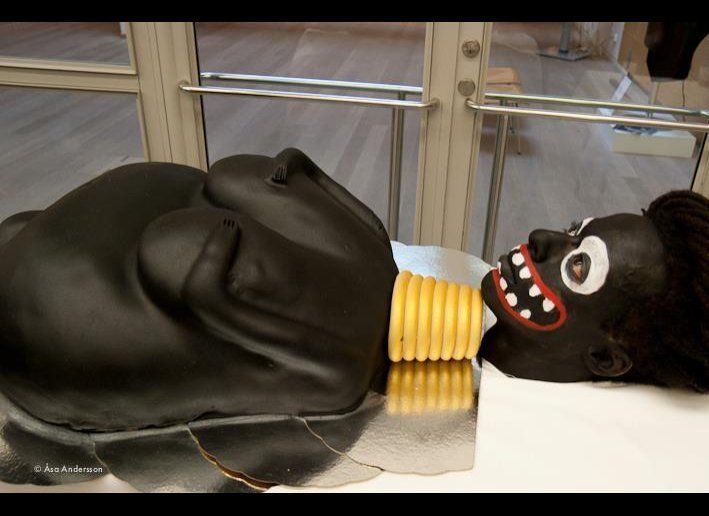