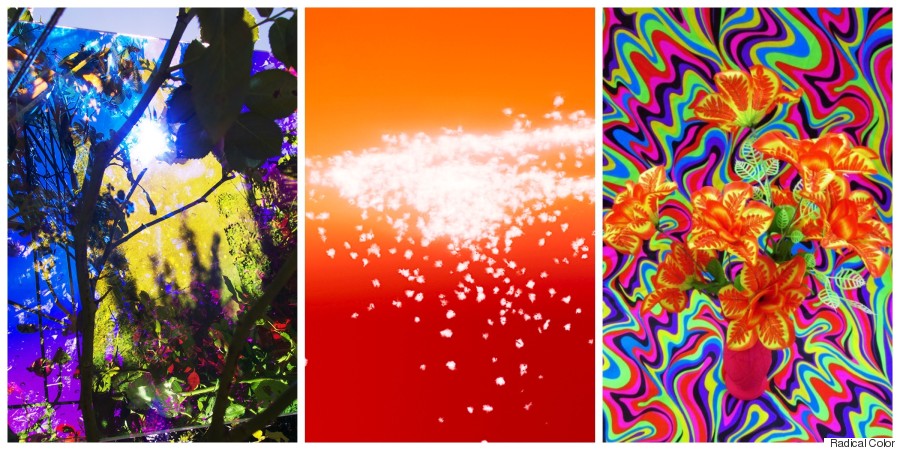 Think of the most moving photograph you know. Maybe it’s that iconic image of a soldier greeting his beau -- maybe you had it in poster form on your college dorm room wall. Maybe you’re more like Barthes, for whom the best photo he could think of was a family heirloom -- an image of his mother before he even knew her, as a gleeful child, but still possessing the qualities of the woman he would come to love.

For decades, the art world had a tendency to believe that black-and-white images were somehow more powerful -- more moving, and more artistic as the lack of color nods to the unrealistic construction of the image. Of course, that notion has long since expired, and color has proliferated picture frames, magazines and Instagram feeds. The use of neon hues is no longer seen as an act of rebellion, even within gallery walls. So what does color mean today, now that it's no longer a subversive opposition to the norm? Humble Arts Foundation Curator Jon Feinstein attempts to answer these questions in "Radical Color," an exhibition at the Newspace Center for Photography in Portland, Oregon.

"With the majority of photography being digital now, it's in a stage in which it's more of a fiction than ever before. We assume that everything is manipulated, retouched, staged, or untrue in some form, and realizing that isn't even a new idea," Feinstein told The Huffington Post. "With that, and the understanding that color is no longer a more accurate hue for describing reality than black and white, we're in a period in which photographers can run with that fiction and push its limitations in continuously exciting ways."

His exhibit features work like that of Christopher Rodriguez, who playfully explores vibrant shades, and the more cerebral Hollis Johnson, whose images directly confront color as a subject.