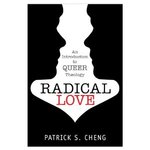 There are many people, both on the right and on the left, who claim that Christianity is incompatible with queerness. I strongly disagree. In fact, I am convinced that Christianity, at its very core, is a queer religion.

Why? I believe Christianity is queer because radical love lies at the heart of both Christianity and the queer experience.

Radical love is at the heart of Christianity because we Christians believe in a God who, through the incarnation, life, death, resurrection, and ascension of Jesus Christ, has dissolved the boundaries between death and life, time and eternity, and the human and the divine.

Similarly, radical love is at the heart of queer experience because lesbians, gay men, bisexuals, and transgender people dissolve our society's traditional boundaries with respect to sexuality and gender identity (for example, "gay" vs. "straight," or "male" vs. "female"), and show that such boundaries are social constructions and not essentialist, or fixed, concepts.

It should be noted that radical love is not about abolishing all rules or justifying an antinomian existence, sexual or otherwise. Radical love is ultimately about love, which, as St. Paul teaches us in his First Letter to the Corinthians, is patient and kind, and not envious, boastful, arrogant, or rude. As such, radical love is premised upon safe, sane, and consensual behavior. Thus, nonconsensual behavior -- such as rape or sexual exploitation -- is by definition excluded from radical love.

Throughout his ministry, Jesus constantly dissolved the religious and social boundaries of his time. He ate with tax collectors, prostitutes, and sinners. He touched "unclean" people such as lepers and bleeding women. He spoke with special outcasts such as Samaritans. In other words, Jesus Christ dissolved the "holy" boundaries of clean and unclean, holy and profane, and saint and sinner.

Jesus Christ is the embodiment of radical love because -- in addition to crossing divine and social boundaries -- Jesus also crosses sexual boundaries. This is, Jesus' life and ministry can be viewed as dissolving the rigid line between "heterosexual" and "homosexual."

In terms of bisexuality, the Rev. Nancy Wilson, the current moderator of the Metropolitan Community Churches, raises the interesting possibility that Jesus Christ was sexually attracted to both women and men. She discusses Jesus' household in Bethany -- that is, Martha, Mary, and Lazarus -- and speculates that Jesus could have been attracted to both sexes. As Wilson writes in her book Our Tribe, "the most obvious way to see Jesus as a sexual being is to see him as bisexual in orientation, if not also in his actions."

Finally, Jesus Christ is the embodiment of radical love because Jesus crosses gender boundaries. As Paul writes in his letter to the Galatians, "there is no longer male and female" in Christ Jesus. To that end, a number of theologians have written about the transgender Christ, or Jesus Christ who dissolves the boundaries between "female" and "male." As in the case with bisexuality, transgender discourse challenges binary and hierarchical thinking about gender.

As an openly gay theologian, seminary professor, and ordained minister, I have been continuously amazed at the ways in which the radical love of the queer community has helped us to overcome the seemingly insurmountable religious, legal, political, societal, cultural, and other obstacles that present us from fully loving one another and being who God has created us to be. As Paul writes beautifully in the eighth chapter of his Letter to the Romans:

"For I am convinced that neither death, nor life, nor angels, nor rulers, nor things present, nor things to come, nor powers, nor height, nor depth, nor anything else in all creation, will be able to separate us from the love of God in Jesus Christ our Lord."

What could be more boundary-transgressing and radical than the love that Paul describes here? This is why I am convinced that Christianity, at its very core, is a queer religion.