Of all the people who marched across the world on Saturday in the name of women’s rights, one group in particular will give you hope: the young’uns.

A dozen 8- to 12-year-old girls marched in the Women’s March in Oakland, California, brandishing banners with everything from “I am fearless,” to “Trans Lives Matter,” to “Rad girls defend their bodies and their community.”

They were part of the Oakland-based girls’ troop the Radical Monarchs, which is dedicated to helping young girls of color celebrate their identities and activate around social justice issues, from LGBTQ rights to racial justice.

“Kids are often an add-on to social justice movements ― they are not centered,” founder Anayvette Martinez told The Huffington Post. “Our troops are for girls to have a safe space where their identities as young girls of color are centered, where they can have conversations around the issues happening around them, and can feel empowered to make a difference.”

The girls represent the feminist movement of the future, one that is intersectional and understands that women are not just women (and certainly not just white women), but also are black, Latinx, queer, Muslim and more ― and therefore that every issue, from race to gender to class, is a girls’ issue.

Martinez started the Radical Monarchs in 2014, after her daughter Lupita, then in fourth grade, saw classmates joining a local Girl Scouts troop. She realized that, had she joined them, she would have been just one of two girls of color.

Martinez decided that she would start her own troop, one that also fostered leadership in young girls, but that specifically focused on lifting up young girls of color. It would also engage them in conversations around issues relevant to their community and the world, like climate change, police violence and women’s rights.

“Kids are [already] having conversations around the intense issues that are happening around them,” Martinez said. “But here they learn about them in a safe space, where they can ask questions and feel empowered to make a difference.”

The Radical Monarch members earn badges, much like in the Girl Scouts ― but instead of getting them for wilderness skills or selling cookies, they get them for activating around social justice issues: Girls can earn the Radical Pride badge for learning about gender and sexuality; the Radical Bodies badge comes from practicing self-defense and learning about consent; and for the Radical Roots badge, some of the girls met with a former member of the Black Panthers.

“People underestimate kids’ capacity to understand,” Martinez said. “We don’t overwhelm them with information, each unit is scaffolded, each conversation builds on another, so a kid can understand. You don’t just bombard a kid with colonization and slavery, it’s how you piece it out.”

For example, if in the Radical Pride unit, the girls had been taught about gender fluidity, the next unit on Radical Beauty would come back to those same topics.

“Using Barbie as an example, we might ask who is celebrated in Barbie, and whose identities are erased: How about non-gender conforming women, or trans women?” Martinez said. “A lot of our work is intersectional ― once they earn a badge, the conversation doesn’t end there.”

From just a handful of kids in 2014, the group has grown to two troops with a total of 24 girls in Oakland. Martinez would like to expand it further, in the Bay Area and across the country, but for that the group would need more funding.

“I think that this work now is more important than ever, in the climate we’re living in politically,” Martinez said. “We want to see this grow. It’s something that’s definitely needed in the world.”

PHOTO GALLERY
Kids At The Women's March On DC 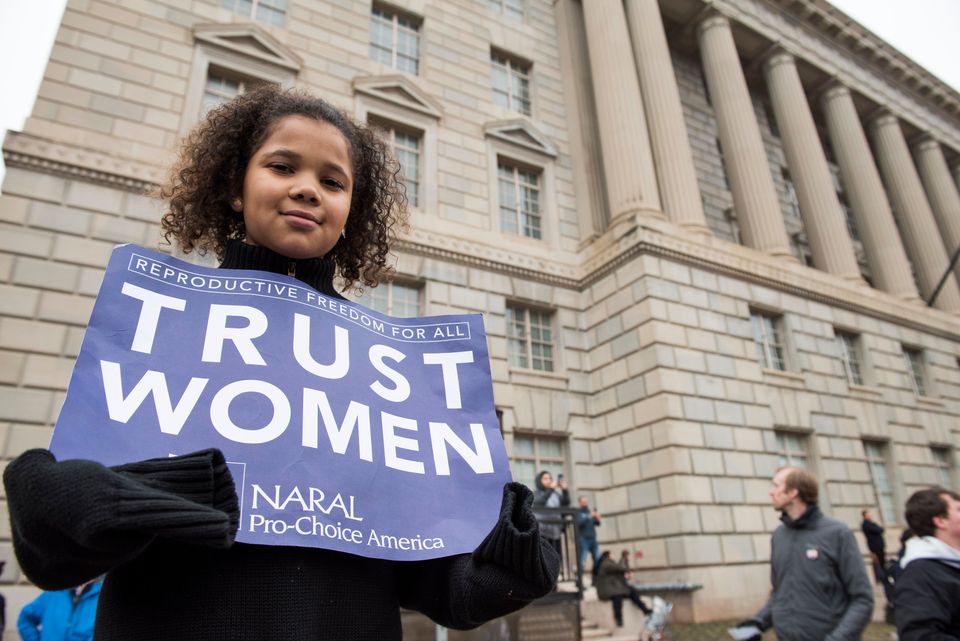