Christy Turlington Burns, one of the judges of the 2013 GITW Film Fest said about International Boulevard, "Great job bringing a global issue closer to home. Great use of experts, great film production. Had a very cohesive message and was informative all the way through." 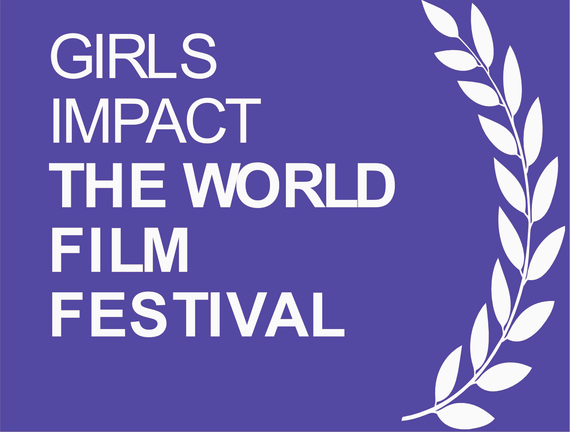 The youth that are engaging with GITW want their voices heard. They are determined to use their passion, voices and skills to create meaningful and lasting change. When I first saw the work that Rebecca was doing to renew efforts to fight sex-trafficking in her hometown as a result of her and Zoe's winning film, to say I was blown away is an understatement (Rebecca's work since winning GITWFF 2013 includes -- being Dept. Chair of prevention for Oakland's first citywide CSEC (Commercially Sexually Exploited Minors) task force, a 2014 billboard campaign; health professional training sessions and Oakland school prevention seminars). This perfectly fits what we envisioned for the festival: Students using their films to create social impact, not films that would be viewed once and then relegated to a gallery to collect dust. GITW is about youth engagement, kids taking action based on their passions. We ask students to create films on issue areas that are related to Connecther's international development themes, such as economic independence for women, poverty alleviation, maternal health, water and environmental issues that impact women and girls, and other critical areas. The GITW Film Festival committee looks for films that create solutions and/or awareness to these issues areas.

Young men and women all over the world should be in charge of telling their own stories. And that's exactly what the GITW platform is providing -- a platform to showcase global issues from their own localities, whether from the U.S., Bangladesh, China, Thailand, Egypt, Colombia, Swaziland, England and so many other countries from which we have received submissions. Personally, I want to say how proud I am that young women like Rebecca are taking a stand on providing solutions to global issues from a local perspective. We consider ourselves lucky to be a partner with her in this incredibly important global movement. Lila Igram, Founder, Connecther:

When I started this project, it was hard for me to accept that the exploitation of children would be tolerated in our day and age. We, as a community, cannot ignore it anymore. Child exploitation has to end.

Over the past year, I have been working on a project that has become one of my most challenging yet eye-opening experiences. It involves the very heart-wrenching topic of child exploitation, which is unfortunately still amongst us. My specific engagement in this topic came about over a year ago, driven by the fate of a schoolmate who had recently left school without an explanation. Soon after, I discovered that she was being exploited and forced to work on the streets of Oakland.

Learning this compelled me to make a documentary, and before long I found myself in an under-cover Oakland Police car, behind a camera, riding down one of our city's most dangerous streets. The documentary on sex trafficking, International Boulevard, won grand prize at the Girls Impact the World Film Festival. The festival opened my eyes to the world of filmmaking and social change through the arts. I was empowered with the ability to become a cinematographer, and provided an open stage to present a problem to a global platform. 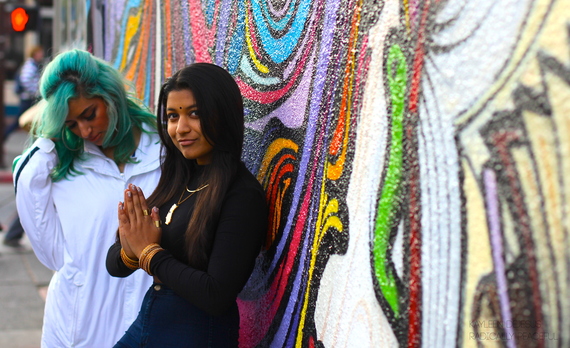 Rebecca (on right) and her friend Afghan Spice hanging out (mobbin') in Oakland; representing the Radically Peaceful movement

My film partner, Zoë Simone Yi, and I were presented the award at the Girls Impact the World Film Festival at Harvard University. I have since continued to work on the issue of child trafficking through my involvement in civic organizations. Making International Boulevard was like lighting a candle in a dark room, a very dark room. Although it shone a light on a serious epidemic, a candle was not sufficient to end a plague. This is why direct action prevention is important, and this is why I work as a commissioner for the City of Oakland. The youth in Oakland have a voice, and this is the time to be heard.

As an Oakland Youth Commissioner, in collaboration with the Oakland School District, I am implementing ways to prevent exploitation through education. Our outreach includes educating parents on the facts of child trafficking in our city and holding assemblies to educate seventh graders about the issue. International Boulevard will be included in our School District's curriculum in the fall of 2014.

Alongside Dr. Barbara Staggers, Director of Adolescent Medicine at Children's Hospital in Oakland, we are working with medical professionals to collect better data, and implement better screening protocols to identify victims of such exploitation when they enter the medical system.

In collaboration with local organizations and city officials, we created Oakland's first CSEC, Commercially Sexually Exploited Minors, prevention task force. We meet every month on direct prevention and outreach. Results of our work culminated in a campaign that began this past January on a major billboard campaign in Oakland and Berkeley. The CSEC taskforce aims to eventually end all trafficking of children and minors in our city, and inspire other cities in the United States to do the same. 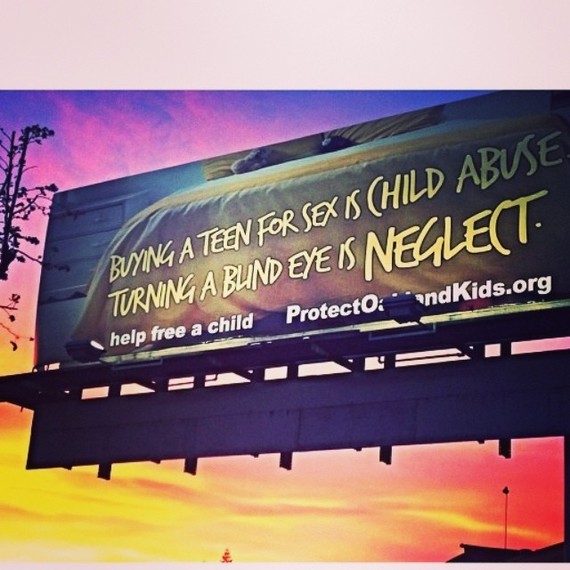 Although not a typical extracurricular activity, this experience has pushed me to grow as a teenager and also grow as a human being. I have always said that Oakland's youth are remarkably revolutionary; it is just a matter of finding a balance between radicalism and peaceful social movement.

Rebecca Dharmapalan is the Diversity Chair at Oakland School for the Arts 2014. She is also an Oakland Youth Commissioner and Director for the City of Oakland's CSEC Prevention Department.

Lila Igram is the founder of Connecther which provides a diverse communication platform, including the Girls Impact the World Film Festival, to spotlight critical issues facing women and girls throughout the world, and a robust, user friendly process for fundraising and matching donors to high-impact partner projects.