There is no dispute that "a lot of news has really gotten dumbed-down over the years," but Lee Abrams, co-founder and chief content officer of Chicago start-up TouchVision, thinks he has found the formula to attract younger viewers. 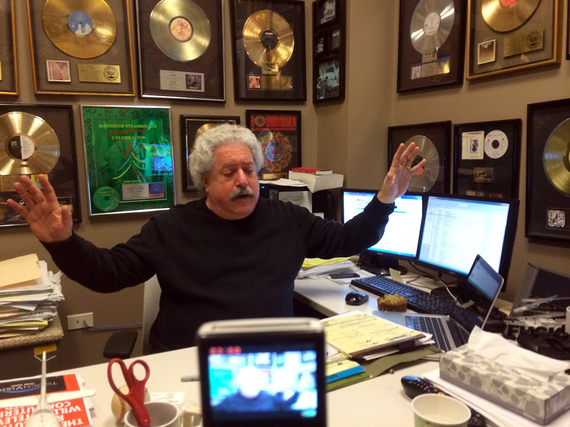 By creating "completely different" digital content that uses "reverse migration" for new television audiences, TouchVision is a startup that can generate immediate revenue. TouchVision is also keeping expenses lower with an efficient operation and some shared infrastructure with strategic partner Weigel Broadcasting housed in the same building. 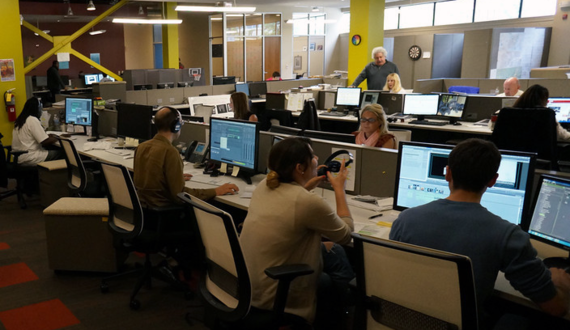 Instead of the traditional TV news approach, Abrams wants "cool" content -- a series of regular feature segments with everything from on-street interviews to retired police detectives telling crime stories.

Abrams sees the TouchVision value as complimentary to traditional TV news, in the same way that AM radio skews older, while FM is for younger audiences seeking "edgy" content.

Abrams later helped found XM Satellite Radio and guided programming until 2008 and from 1972-1988 consulted over 1,000 stations. He was managing director at ABC during the launch of Radio Disney.

TV news "hasn't really evolved in decades, if ever," Abrams says. "There's a tremendous opportunity for reinvention -- particularly among 18 to 44-year-olds."

Abrams sees "a zone between the amusing, but silly TMZ, and the traditional 'old school' news." TouchVision wants to "drive a truck" through the hole by being non-traditional, but "not stupid." Instead of focusing on a traditional newsroom, TouchVision takes viewers directly to the scene without anchors or reporters. The TouchVision challenge is to be "mass appeal intelligent" -- leaning smart without being elitist -- a seven on a 10-point scale. 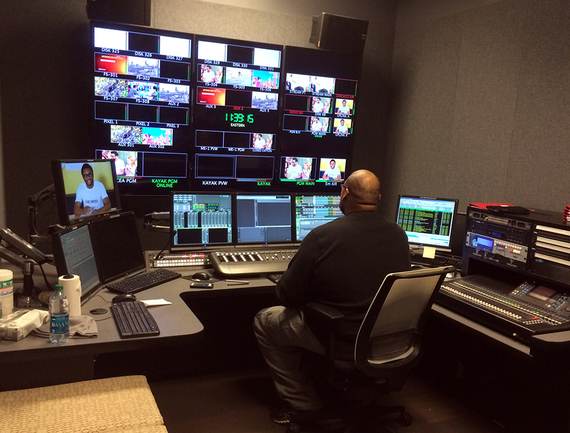 TouchVision producers use storyboards rather than scripts for their narrated, curated and "reproduced" content. "Narration is actually a critical ingredient because we don't have anchors," Abrams says. "It is modeled a lot after old newsreels."

We call it, "eye, ear, brain, take you there," Abrams says. Every production piece must have these four characteristics. Stories offer "cinematic" pictures that combine content from news services, movie clips, newsreels, music and other licensed and legal sources.

Many stories are 90 seconds, but TouchVision will go as long as four or five minutes for a special, such as one on Martin Luther King and the March on Washington.

Abrams likens the cultural moment as similar to the late 1960s music revolution and FM programming, but with different values. "It was a whole new attitude, a new spirit, a new look, a new everything," Abrams says. "The time was right for a whole new sound."
FM took advantage of the emerging mainstream. "We are at a historic crossroads in media history," Abrams contends.

"The world is having a nervous breakdown," Abrams' group says. "We don't want to feed it, we want to help bring clarity." Instead of promoting ideological shouting matches, TouchVision wants neutral storytelling that promotes viewer understanding by delivering both sides.

The app is targeted at mobile and social media audiences. "This is going to be TV for tablets." App fans can watch couch potato style 24/7 news or create a playlist based on their likes.

TouchVision has begun to feed two-hour morning shows, as well as content for evening newscasts.

The "Celebrity Crimes Against Humanity" feature can replace an existing celebrity segment within a newscast. "The Day In Pictures" is the world's best photojournalism set to music.

Powerful TV promotion may put TouchVision on the map at the same time as it offers existing local newscasts digital presence, branding and revenue sharing.

Abrams sees TouchVision as a lot like his XM launch, which was done from scratch and became the most profitable radio company in the world. Creative Director Dave Logan is with Abrams again on this project. The "Creative Oasis" is a corner of the TouchVision newsroom and home to graphics, animation and designers working to bring to life the recreated TV format.

By using TV as a project driver, TouchVision is leveraging existing audiences while inventing a new form of news movie cinematic storytelling. Abrams also thinks some music radio stations will want the service.

The playbook features social media standards: honesty, credibility, authenticity, global, passion, eccentricity, innovation, attitude, swagger, reinvention, fans (not users), change. But, TouchVision's edge might be a desire to be "artful," "instinctive," "rebellious" (rock), "intelligent," and pushing a sort of quality content that is "non elitist" in the way that PBS and NPR sometimes rub viewers and listeners.

YouTube is training viewers to watch new video forms, and TouchVision's professional media experience may buy some time to experiment with the mobile and social media crowd in search of the magic key to success.

When will TouchVision know if it is successful? Abrams says probably within a year, but "the short answer is the sooner the better."