Six years after the Fukushima Daichi nuclear disaster — a major nuclear meltdown brought on by an earthquake and tsunami hitting Fukushima, Japan — some residents who fled the area are getting the go-ahead to finally return home.

The government has cleared four towns in the Fukushima prefecture as being safe for people, but there’s at least one issue standing in the way: Thousands of radioactive wild boars.

The boars, which have been consuming contaminated plants and smaller animals since the nuclear disaster, exhibit levels of the radioactive element cesium-137 that’s 300 times more than would be deemed safe for humans to consume, The New York Times reports.

The presence of the boars, which have thrived in the region since humans cleared out, isn’t news. The Washington Post reported last year on the animals, noting that scientists have found no evidence that the boars have any ill effects from radioactivity in their systems.

The media has compared the situation with the region surrounding Chernobyl, Ukraine. There, wildlife like wolves, deer, bears and owls have flourished since people abandoned the area following the Chernobyl nuclear disaster in 1986.

But in Fukushima, the boars present a dilemma for humans who want to move back home. The Times reports that the boars are causing massive damage to farmland. And, since they’ve lost their wariness of people, they’re likely to be aggressive.“It is not really clear now which is the master of the town, people or wild boars,” Tamotsu Baba, mayor of the deserted town of Namie, told Reuters. Some residents of Namie will be allowed to return at the end of the month.

To make way for the return of townspeople, local officials are deploying hunters to kill off the boars. They’re also setting traps and using drones to try to scare them away, according to the Times. Grisly photos of trapped and dead boars emerged from Fukushima earlier this month.

Officials also must figure out what to do with the radioactive boar bodies. The contaminated meat can’t be eaten, and there’s only so much land for burial. Burning the bodies is tricky, since the levels of radioactivity means that only special facilities can handle the task, according to Smithsonian Magazine.

But one way or another, officials are determined to eradicate the radioactive boars.

“If we don’t get rid of them and turn this into a human-led town, the situation will get even wilder and uninhabitable,” Baba told Reuters. 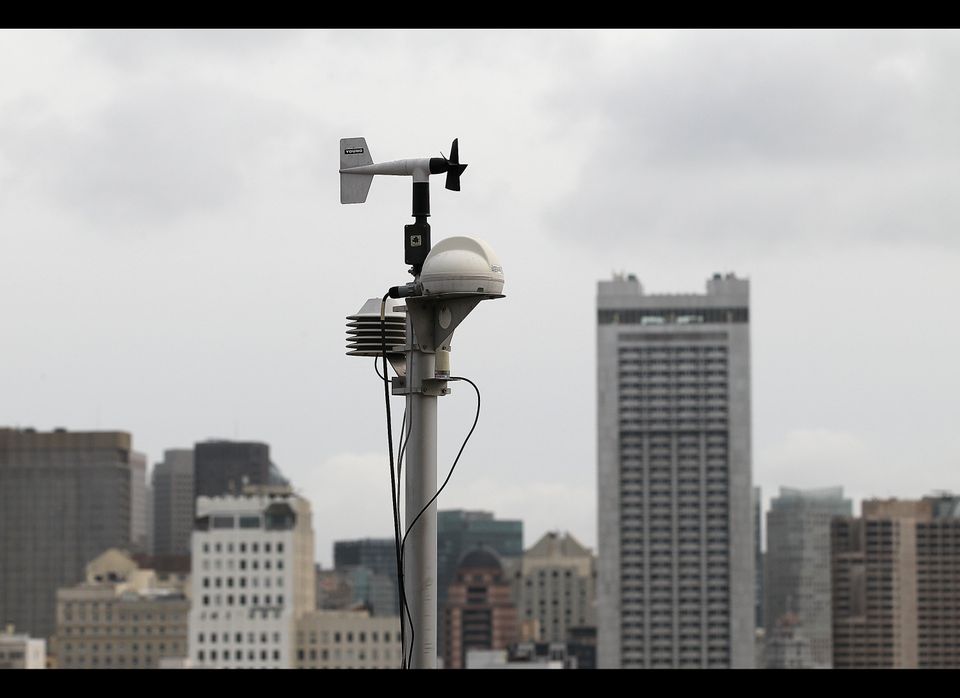