Tennis slows down for everyone playing on clay. For Rafael Nadal, however, the game seems to take place at a pace like the "bullet time" of The Matrix, allowing him to cover more ground and return more shots than would seem possible. The seven-time French Open champion provided several examples of his preternatural abilities on the signature surface at Roland Garros during a thrilling, semifinal win over top-seeded Novak Djokovic.

Amidst the flurry of impressive shots Rafa and Nole traded in the fifth set on Friday, the King of Clay squeezed off a tweener that figures to become one of the memorable moments of the rivalry. After coming in to the net, Nadal was forced to retreat to track a lob from Djokovic. The 27-year-old Spaniard hustled back to the baseline and, with his back to the net, returned the shot between his legs. Positioned at the net, Djokovic was primed to render Nadal's extra work meaningless. But then he dumped his overhead shot into the net. 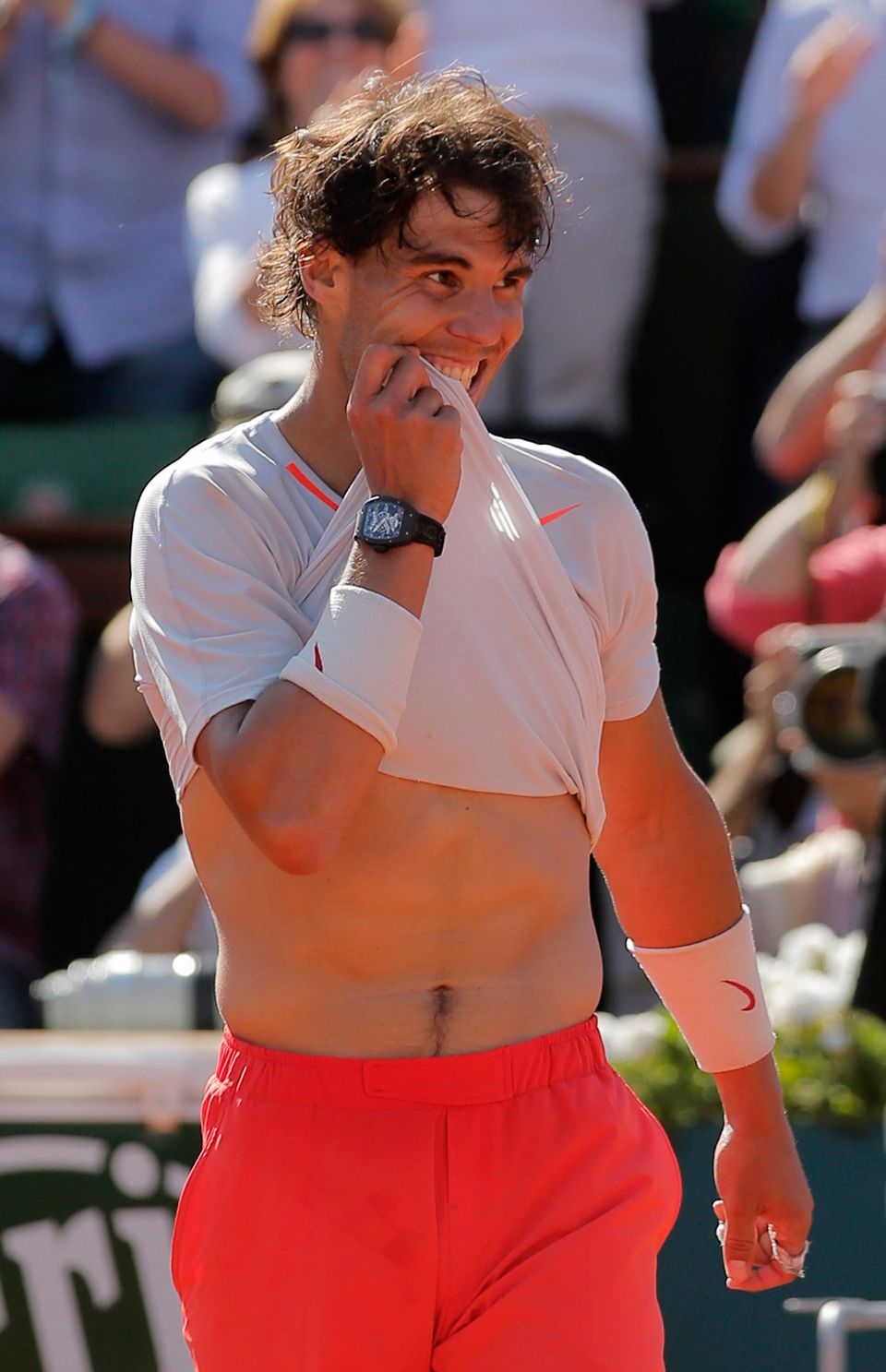