Despite a slight delay due to an increase in retail demand, this week official marks the release of Raheem DeVaughn’s fifth studio album, “Love Sex Passion.”

Featuring the lead single “Queen,” the 18-track opus finds the self-proclaimed “Love King” returning to his trademark soulful melodies surrounding the three essential elements that encompass relationships, with standout tracks including the sensual "Temperature's Rising" and the heart-wrenching ballad "When You Love Somebody."

To capitalize off his newly released collection of songs, DeVaughn is set to kick off the 23-city Intimate Truth Tour, alongside Ledisi and Leela James, beginning Feb. 27 in Los Angeles and concluding in Atlanta on March 29.

And in addition to celebrating the release of “Love Sex Passion,” this June also marks the 10-year anniversary of DeVaughn’s debut album, “The Love Experience.” However, instead of commemorating the project’s decade-old existence, the three-time Grammy Award-nominated singer-songwriter is considering the idea of producing a documentary leading up to the album’s 15- or 20-year anniversary.

“I feel like 10 years is dope, but 20 years is even doper… So maybe with 15 or 20, I’m not sure yet,” he admitted during an interview with The Huffington Post. “I like how Nas did it last year with the 20th anniversary of ‘Illmatic.’ I would like to do a film or documentary type of thing, and then possible tour into it.”

Aside from his recording career, the 39-year-old has also been active as a humanitarian with the 2014 launch of his Love Life Foundation and taking a stand against social issues, which resulted in the singer marching alongside professor-activist Cornel West during a 2011 peaceful protest in support of the Occupy Wall Street movement. And as the nation grapples with its own tensions surrounding police misconduct, DeVaughn feels there’s “still a lot of work” to be done.

“There’s still a lot of work to be done in America and globally,” he said. “We’ve made a lot of leaps and bounds over the years and decades, but there’s still so much work to be done. What’s been happening in the black community involving the police killing black men is a testament to that.”

“I’ve been protesting and made the music for it too," he continued. "So it’s kind of right on time for the freedom fighter movement.” 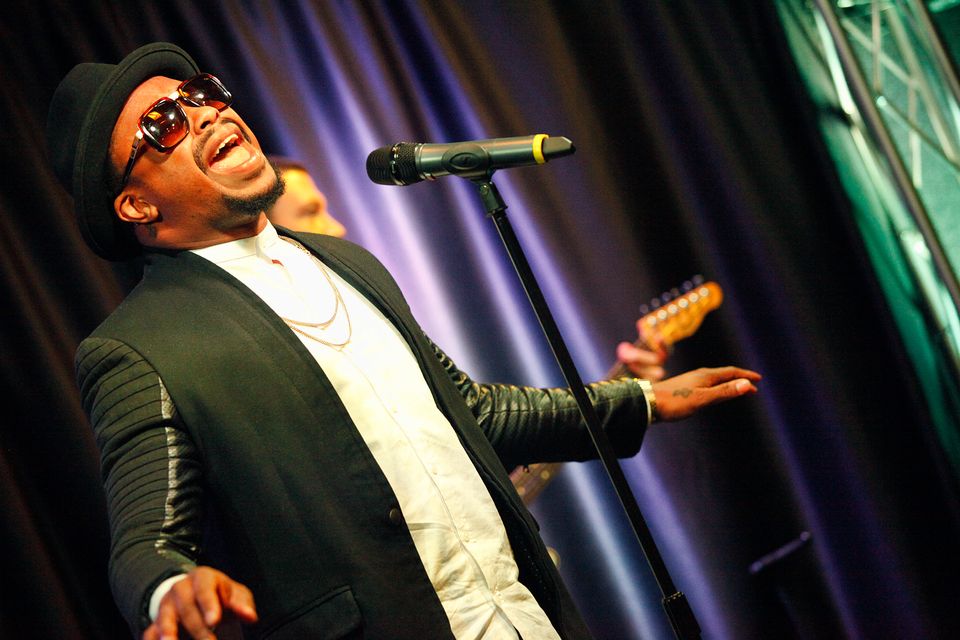