From a lawsuit recently filed in federal court:

Chicago police terrorized six children in the wrong apartment, demanding at gunpoint that an 11-month-old show his hands, and telling one child, "This is what happens when your grandma sells crack," the family claims in court.

Lead plaintiffs Charlene and Samuel Holly sued Chicago, police Officer Patrick Kinney and eight John Does in Federal Court, on their own behalves and for their children and children.

The six children were 11 months to 13 years old at the time. Plaintiffs Connie and Michelle Robinson are Charlene Holly's daughters.

The complaint states: "On November 29, 2012 in the early evening hours Charlene Holly was in the first floor apartment at 10640 S. Prairie in the front room helping minor Child #1, Child #2, Child #4, and Child #5 rehearse songs for their church choir. Charlene was also caring for Child #3, who was 11 months old. Child #6 was in the upstairs apartment alone.

"Charlene and the children heard a loud boom outside and a voice cry out 'Across the street!'

"Charlene continually asked what the purpose of the detention was," the complaint states. "Finally, an officer produced a warrant and handed it to Charlene. The warrant was for an individual named 'Sedgwick M. Reavers' and the premises listed was 'The second floor apartment located at 10640 S. Prairie Ave. A yellow brick two flat building with the numbers 10640 on the front of the building.' In other words, the warrant clearly identified the proper location as the second floor apartment. Charlene, Samuel, and the children were in the first floor apartment . . .

The family claims that "the following day Charlene discovered the family dog, Samson, not in the basement where the family kept him, but in an upstairs laundry room. Samson could not have reached the laundry room without human assistance. On information and belief, defendant

Officers dragged and choked Samson from the basement with the dog pole and left him in the upstairs laundry room unattended, where he died."

Samuel Holly also went to the police station the day after the warrantless search to complain, but "despite his numerous calls the night before, was told that he could not make a complaint and he 'should have made a complaint last night," the family says.

It's always worth noting that Courthouse News stories are usually accounts drawn from one half of a lawsuit. So gauge your outrage with that in mind.

(The "Raid of the Day" features accounts of police raids I've found, researched, and reported while writing my forthcoming book Rise of the Warrior Cop: The Militarization of America's Police Forces. It's due out in July, but you can pre-order it here.)

Raid Of The Day: "This is what happens when your grandma sells crack."
Reaction To Susan Rice's Withdrawal 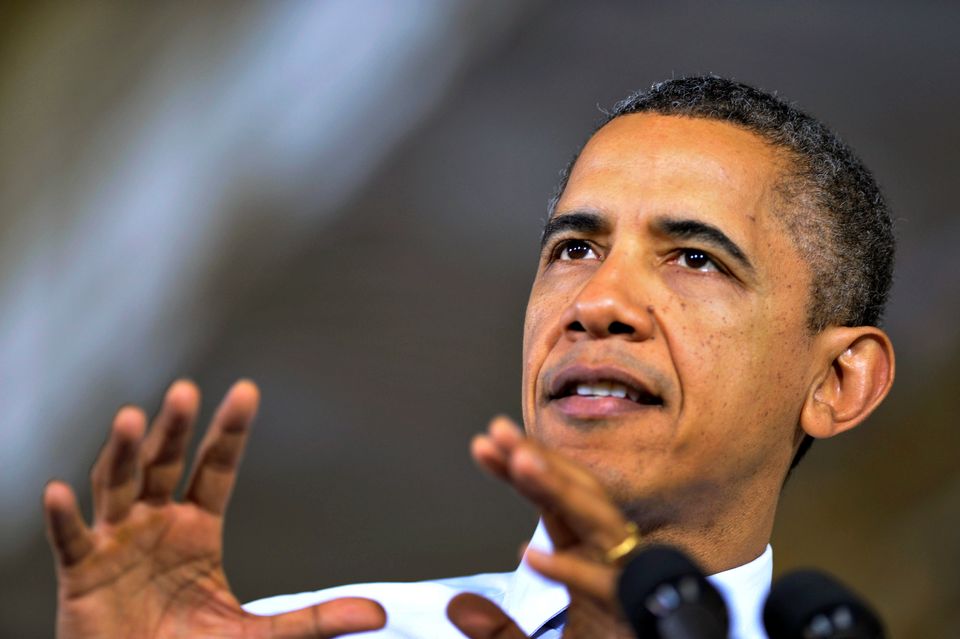 1 / 5
President Barack Obama
Today, I spoke to Ambassador Susan Rice, and accepted her decision to remove her name from consideration for Secretary of State. For two decades, Susan has proven to be an extraordinarily capable, patriotic, and passionate public servant. As my Ambassador to the United Nations, she plays an indispensable role in advancing America’s interests. Already, she has secured international support for sanctions against Iran and North Korea, worked to protect the people of Libya, helped achieve an independent South Sudan, stood up for Israel’s security and legitimacy, and served as an advocate for UN reform and the human rights of all people. I am grateful that Susan will continue to serve as our Ambassador at the United Nations and a key member of my cabinet and national security team, carrying her work forward on all of these and other issues. I have every confidence that Susan has limitless capability to serve our country now and in the years to come, and know that I will continue to rely on her as an advisor and friend. While I deeply regret the unfair and misleading attacks on Susan Rice in recent weeks, her decision demonstrates the strength of her character, and an admirable commitment to rise above the politics of the moment to put our national interests first. The American people can be proud to have a public servant of her caliber and character representing our country.
AP