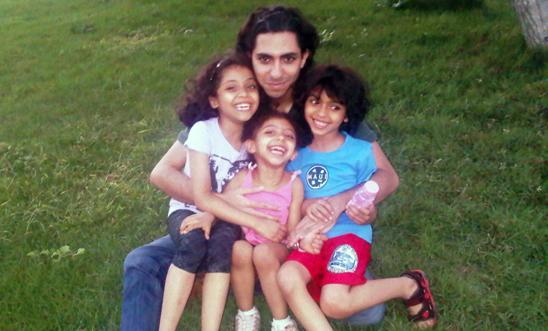 According to a Facebook statement by his wife, Saudi political activist Raif Badawi has been transferred from his current location to another facility called Prison Shabbat Central. According to her post this is being seen as an ominous development as the prison is known to be reserved for prisoners whose sentence is confirmed and who have exhausted all appeals. She also mentions that he has been on hunger strike since Tuesday, possibly in protest against this decision by Saudi Authorities.

Badawi was initially arrested in Jeddah on June 17, 2012 for charges that still remain unclear but that include "insulting Islam by electronic means" and "apostasy". Aside from the moral repugnance of such draconian charges that run contrary to what the Koran states, to date there has been no evidence that any of these charges are even true. Badawi's primary emphasis appears to have been on encouraging debate on religion and making the difference between "popular" and "politicized" religion. The trial thus far has been a shamelessly farcical circus typical of the judicial delinquency of Saudi Arabia's authoritarian regime. During the trial the presiding judge repeatedly urged him to "confess" his crimes and to "repent" his sins. His first lawyer was arrested-and remains incarcerated-for charges of running an "unlicensed firm."

While I hope I am wrong in this regard, it does not seem there is any further utility in calling from compassion and clemency from the Saudi regime. Last month there had been a moment of hope when Swiss Secretary of Foreign Affairs Yves Rossier had stated that Badawi's sentence had been suspended and a royal pardon was in the offing. These latest developments leave little room for hope.

We, and our Governments, can no longer maintain the double standard of passionately confronting injustices in certain nations while ignoring those that occur elsewhere. Chinese political activists have received widespread support and recognition. North Korea has been sanctioned and condemned universally for its crimes against its own people. When it comes to the House of Al-Saud however, it seems the shared interest of the petrodollar and the billions invested in the West by the Saudi royal family suffices to trump Western ideals.

Badawi is just one man-but he is also the world of authoritarian iniquity in a grain of sand. There are thousands of political prisoners in the jails of Middle-Eastern regimes. It is this very example of violence and oppression as a means to an end and suppression of all political opposition that has helped birth terrorism. It must be confronted.

Please write to your congressman, your senator, to your local newspaper and ask your Government to oppose and condemn the kangaroo trial and vicious persecution of Raif Badawi and other political activists by the Saudi regime.

Do it for Badawi's wife Ensaf Haider who cries for her husband every day. Do it for his son, for his two daughters who miss their father every day. Above all, do it because it is the right thing to do.
Let us, as a nation, demand clemency for Raif Badawi.