More support for the LGBTQ community has come to light.

Lexi Magnusson, 34, covered her lawn in 10,000 rainbow Christmas lights after her neighbor openly expressed homophobic opinions. Magnusson snapped a photo of her lovely display and posted it to the content-sharing site, Reddit, this week.

“Our new neighbors are bigots. Since regular aggression leads to assault charges, I went with passive aggression. 10,000 lights later,” she said in the caption of the photo on Reddit.

Magnusson, who lives outside of Seattle, Washington, told The Huffington Post that it all started when a new neighbor swung by her home.

“She’s Mormon and heard that we were, too. My guess is that she thought we were still believers, even though my husband told her we no longer attend,” she told HuffPost. “I imagine she thought we still held the same belief about LGBTQ issues as the Church does. We absolutely do not. It’s why I left the Mormon church.”

The neighbor went on the tell Magnusson that she moved her family to Washington to “protect her children.” Apparently the neighbor’s son was attending a high school that allowed lesbians to attend the prom together and had school assemblies where they spoke about openly about transgender acceptance.

“She said that she wanted to get her children away from that sort of influence and people making that ‘lifestyle’ OK,” Magnusson explained.

Magnusson was outraged, but she attempted to keep her cool.

“I responded only with, ‘Your kids are going to be exposed to this no matter where you take them. Kids these days get it. They know not to be horrible to other kids based on how they were born,’” she said. “Then I walked inside [my house] and rage-ate a bowl of nachos.”

Then the presidential election happened in November, and Magnusson realized how many other people shared her neighbor’s views.

Being a big fan of putting up what she describes as a “ridiculous amount of lights” every Christmas, Magnusson decided it would be cathartic to make a rainbow flag of 10,000 lights in her hedges.

“I felt good the entire time I put them up,” she told HuffPost. “I sent a text to my cousin who loves Christmas lights like I do, and who is also gay. His approval was everything.”

Magnusson also noted that she is not done putting up her Christmas lights for the year. She plans on doing her roofline as well, but says that the rest of the lights will be white.

“I wanted the rainbow to stand out so there was no question as to what it is.” 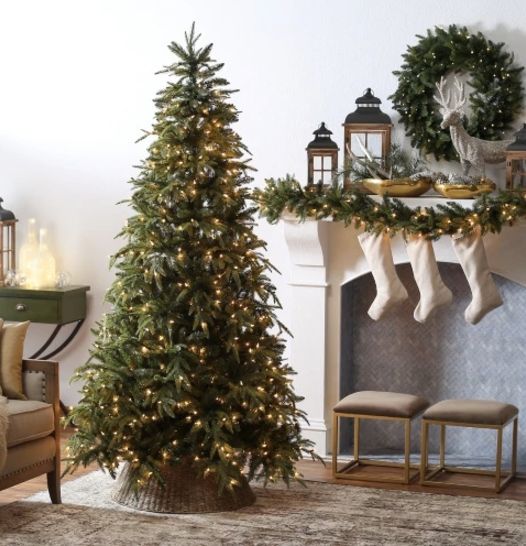