They got something greater than gold.

A generous stranger bought a plane ticket for a homeless mother to watch her three daughters compete at the AAU Junior Olympic Games, an annual event where kids in the U.S. compete in sports, the Associated Press reported.

Sisters Tai Sheppard, 11, Rainn Sheppard, 10, and Brooke Sheppard, 8 — who began training in track and field in January of 2015 —  all made it into the Junior Olympics to compete in various races. Brooke also qualified to compete in the high jump, an event which involves equipment that her training team, Jeuness Track Club in Brooklyn, New York, doesn’t even have, the AP reported in July. That meant all of her jumps were practiced done during competitions.

The girls, who live in a homeless shelter with their mother, Tonia Handy, 46, were able to attend the games in Humble, Texas thanks to support from the girls’ training team and a successful GoFundMe campaign. Handy, however, could not get time off of work or afford a plane ticket of her own to watch them compete in person.

“It just feels nice to help someone.”

That was until Ken Smaltz Jr., a complete stranger who owns a rare coin business and also runs an Alzheimer’s foundation, read about the family, reached out to Handy and offered to buy her a ticket.

“It just feels nice to help someone,” Smaltz told the AP, who also told the outlet he didn’t intend for the gesture to be made public.

On August 1, Handy surprised Rainn by showing up to the track right before she was about to run the 3000m race.

Rainn was elated. The mother and daughter hugged six times before they took each other’s hands and walked to the track together, the Houston Chronicle reported.

Shortly after their sweet reunion, Rainn won the gold medal in the race.

“I couldn’t believe she was here,” Rainn told the AP. “I still can’t believe it.”

Handy and her daughters – who share their father’s last name — have had a rough few years. They have been living in a homeless shelter in Bedford-Stuyvesant in Brooklyn, since September 2015, after they were evicted from their apartment. They share one room in a two-room unit in the shelter, because one of the rooms is badly infested with cockroaches.

All four family members sleep together on two mattresses that are pushed together, that they lovingly call “The Hub” according to the Chronicle.

Three years ago, the girls’ 17-year-old half brother, who was helping Handy raise them, was fatally shot on the street.

In January 2015, the girls’ babysitter signed the girls up for a free track meet while looking for something to occupy their time, according to the AP.

Fortunately, Jean Bell, the founder of the Brooklyn-based Jeuness Track Club, just happened to be in the stands that day and gave all three girls business cards after the meet.

It wasn’t until the sisters showed up to practice together that Bell realized they were siblings.

And although the family’s athletic accomplishments are grand, their needs are simple.

“Do you have money to eat?” the Chronicle overheard Rainn whispering into her mom’s ear after her race in Houston.

“She knows I don’t have money,” Handy later explained to the outlet. “For me to be out here is a feat on its own.” 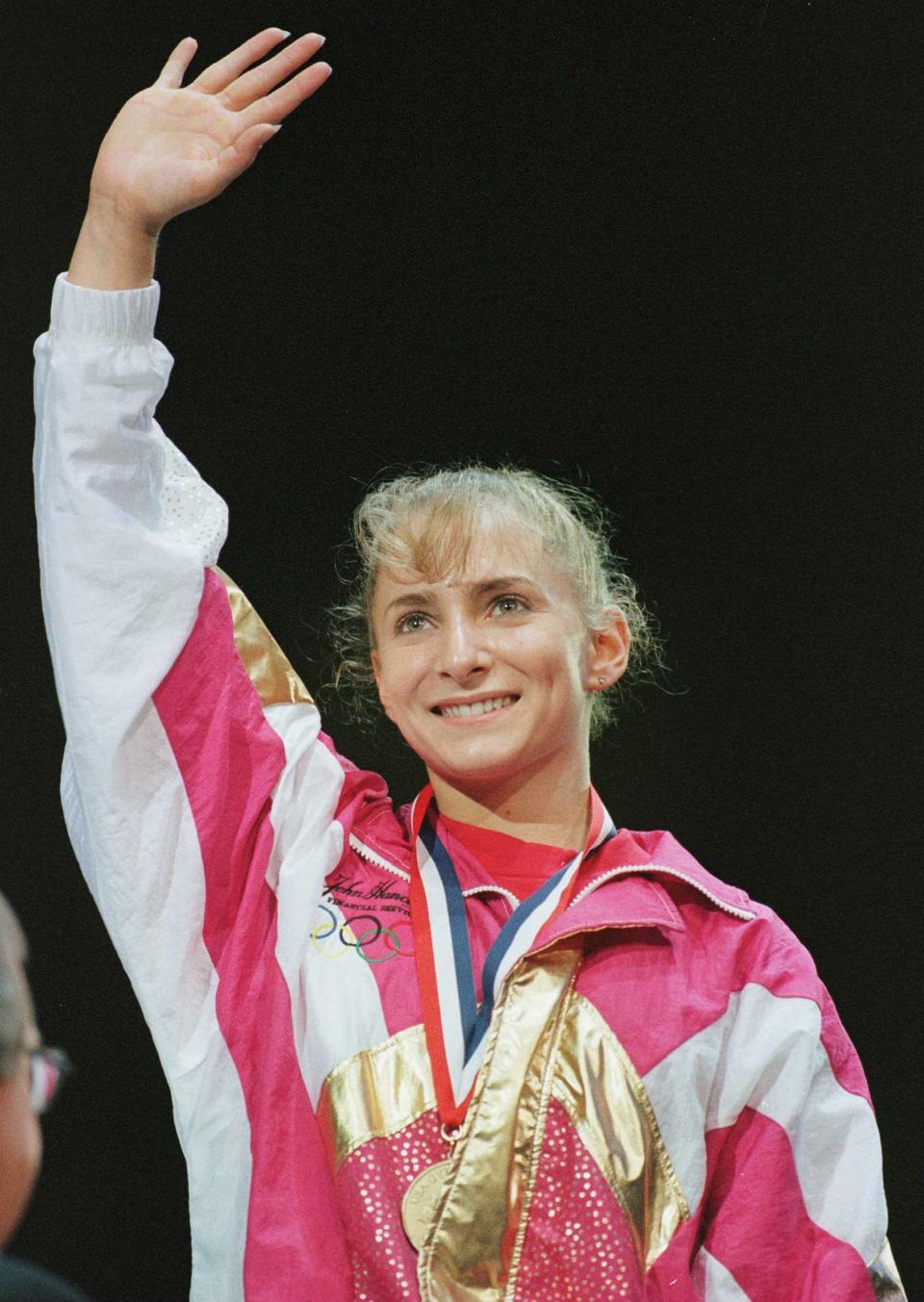 1 / 8
7 Jun 1996: Shannon Miller waves from the podium after receiving the gold medal in the All-Around competition at the USA Gymnastics National Championships at the Thompson-Boling Arena, on the campus of the University of Tennessee in Knoxville. Mandatory
Doug Pensinger via Getty Images