During his State of the Union address, President Obama announced that he intended to raise minimum wages to $10.10/hour for certain workers. Based on data from EU countries, it is clear that minimum wage laws kill jobs. I concluded that hiking the minimum wage will kill jobs in the U.S., too. Executives surveyed in the Duke University/CFO Magazine Global Business Outlook Survey agree.

Chief Financial Officers from around the world were interviewed and the majority of them concurred: a minimum wage increase from $7.25/hour to $10.10/hour would kill a significant number of jobs.

Here's what the CFOs had to say: 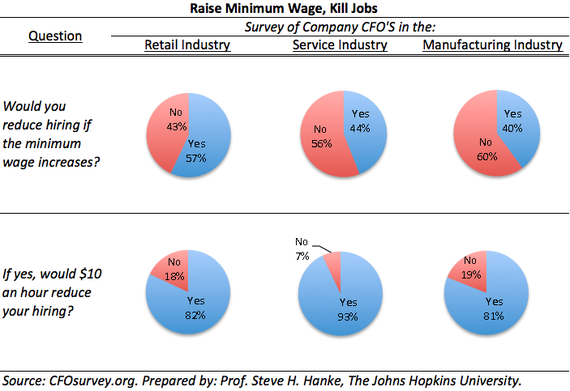