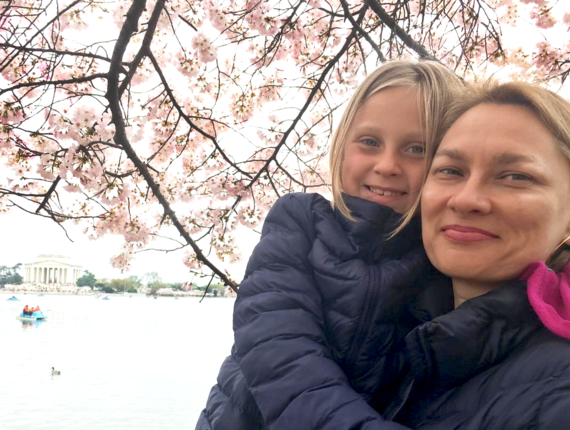 It's no accident that my daughter feels empowered to question sexist pedagogy. As a feminist artist and as a woman leader in the male-dominated tech industry, gender inequality is something I discuss openly at home with my daughter. Whether it's statistics on female speaking parts in Disney movies or abysmal treatment of women in STEM careers, I try to help my daughter understand and challenge inequality in the world around her. My approach is pretty simple: I engage her in open, honest, developmentally appropriate conversations about issues--including everything from the real names of body parts and what transgender means, to unequal pay and unfair treatment in the work place.

Our open dialog has made my daughter an activist. She wants the world to be fair. She's told me she wants to be President, that First Ladies should get paid, and that she wants to be a director so she can change Hollywood from within. I am so proud of her. But I don't have the market cornered on feminist parenting. Sometimes I wonder if I'm pushing this too hard, or not enough! What is the right way to teach about gender inequality? And why are we all just figuring it out on our own?

So I turned to two of my tribe to see what they do with their daughters: BeyondCurious Managing Director Sheila Darcey and BeyondCurious Director of Experience Strategy Chelsea Shields. A Filipina-American who grew up in Australia and Memphis, Sheila Darcey is an impassioned advocate for parent's rights and women's leadership, who has a global perspective on raising her daughter. Equal Rights Amendment (ERA) and religious gender equality activist Chelsea Shields' context is deeply rooted in trying to change homogeneous patriarchy through direct action.

I had two questions: 1) Do you talk to your daughter about gender inequality and 2) What impact has your decision had on you and your daughter? Their answers reveal the complex, deeply contextual project that is feminist parenting. 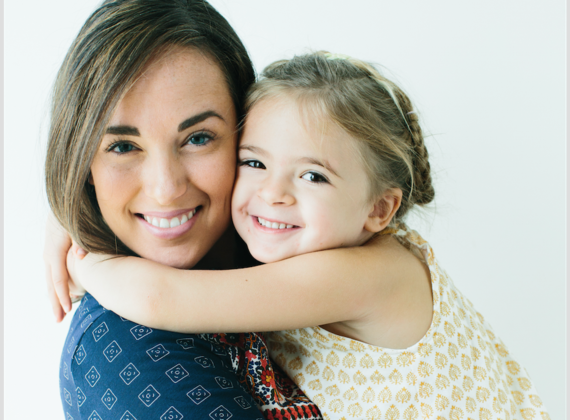 Chelsea Shields
I have gone from covertly to overtly pointing out and discussing gender inequality with my daughter throughout her development in three main stage: 1. Lead by example, 2. Point it out, and 3. Involve her!

1. Lead By Example
For example, when she was a toddler and we were living in Baltimore, I tacitly enacted gender equality through the gender-neutral clothes that she wore, the feminist children's books that she read, and our conscious decision to follow the Equally Shared Parenting model.

2. Point it out
However, as she aged a couple of things happened. First, we moved into a less diverse, highly patriarchal culture in Salt Lake City, Utah where she was surrounded by very traditional families. Second, she began to desire very gender-typical media, toys, and books. Third, we were in the midst of a nationwide discussion about marriage equality and I wanted to make sure she was hearing the types of messages and empathy that I hope she acquired. Because of this, I stepped up my efforts. I found moments to talk about the types of gender discrimination she was seeing in her community. If I didn't, she might become encultured into thinking it was normal. Because you can't change what you can't see, one of the biggest perpetuators of inequality is our own familiarity with it! One revelation that came from this approach was that my daughter followed in kind--she began to be more vocal too! A few months ago, she was attending church with her grandfather and she asked, "Why are there no girl priests?" It started a wonderful conversation about religious gender inequality and I was thrilled that to her equality is "normal," inequality is "strange" and "noticeable" (and I was glad she had the confidence to speak up)!

3. Involve her
As a women's rights activist, I often take my daughter to planning meetings or rallies. She hears me speak to large crowds and walks beside me during demonstrations. These events not only provide opportunities to talk about gender and inequality, but they also provide a blueprint for how to facilitate change.

As a single mom, I think I will always primarily lead by example. My daughter will always see me providing all of the care, maintenance, and finances of our family without regard to gender. But pointing out instances of gender equality has given her the confidence to speak out and involving her has given her the knowledge she needs to do something about it! 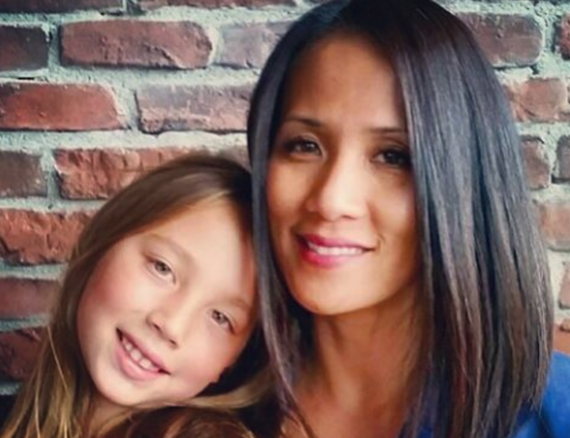 Sheila Darcey
I talk about gender inequality with my daughter, but in a much broader way. Inequality exists at every turn. Any opportunity to share a global world-view is an opportunity to talk about inequality. My daughter must understand that she lives in a world where being a woman is considered less in some cultures or aspects of our lives. But what's key is how I frame our discussion. I don't paint a grim picture of overcoming a challenging world she didn't create. Instead, I focus on building her confidence, character, and self-worth, so she lives her life in a way that inspires change in the world and others in it. It's about balancing optimism with realism.

The ramifications of this decision have been nothing but positive. My daughter has a healthy sense of self, a growing global perspective, deep empathy and compassion, and a challenger mindset that isn't going to settle for the status quo. It comes down to feeding her curiosity and giving her the tools to combat the ever-present judgment and pressure she will feel from others.

One example of how this topic surfaces is when my daughter comes to visit me at the office. She sees the diversity in our workplace, but more importantly, she sees the strong women leaders in senior positions. At this point, she doesn't know how unique this is for most companies. She's fortunate in that way.

However, I share with her the importance of looking at women in powerful positions and understanding how society can have certain expectations of them versus their male peers. Especially when it comes to being a working mom. While times have evolved, the pressures and moms choosing career over family still exist. This is why I value her time at BeyondCurious. She sees the passion and energy I put into my work and the other family I am surrounded by. Leila understands this is a choice, but is also learning that there are no limits to what she can do. She also sees the men at BeyondCurious supporting female leaders, who don't see gender as an issue. The ideal scenario for me is her understanding the limitless potential she possesses rather accepting the limits imposed on her by others.

I spoke to two women who I work with, and who--from the outside might seem as close to my own worldview as you can get. But even within the seemingly similar set of women at BeyondCurious, I saw a diverse set of strategies--from my approach of open discussion, to Chelsea's leading by example, to Sheila's global perspective. It's clear that there's no one single way of doing feminist parenting. So I want to hear from you: how do you talk to your girls and boys about gender and equality? What effect do your choices have on your children, and in your own life? How do you lead the way?