Rajat Gupta Sentencing - Inside Trading Sentence For Rajat Gupta
Convicted of insider trading, Rajat Gupta will be sentenced Wednesday.
He faces a decade in prison, but wants to substitute volunteering in
Rwanda. Should he get it?
517516655

Rajat Gupta already has friends in high places. Now he will get to make some new friends in prison.

The former Goldman Sachs director was sentenced on Wednesday to two years in prison, followed by another year of parole, and ordered to pay a $5 million fine. He was convicted in June on insider-trading charges, following a trial that included testimony from Goldman CEO Lloyd Blankfein.

“With today’s sentence, Rajat Gupta now must face the grave consequences of his crime – a term of imprisonment," Manhattan U.S. Attorney Preet Bharara said in a statement. "His conduct has forever tarnished a once-sterling reputation that took years to cultivate.

"We hope that others who might consider breaking the securities laws will take heed from this sad occasion and choose not to follow in Mr. Gupta’s footsteps," Bharara added.

It remains to be seen how much of a deterrent Gupta's sentence will be. At the time of his conviction, many experts suggested that such convictions attract attention for a little while and then fade in memory. Insider trading is fairly rampant, in part because there's so much money to be made at it, and few of the people doing it ever think about getting caught.

But the government is clearly making a notable effort to stop it, winning convictions of more than 70 people during a wide-ranging, three-year assault, notes Peter Lattman of the New York Times.

A former head of the global consulting firm McKinsey & Co. and board member of Procter & Gamble, Gupta is the most notable conviction so far in the government's campaign. He's such a big deal, in fact, that he managed to get people like Bill Gates and Kofi Annan to write letters pleading for leniency in his case, largely because of a lifetime of charitable works. Gupta had asked to be sent to Rwanda to help fight HIV/AIDS and malaria, in lieu of prison. Judge Jed S. Rakoff of the Federal District Court in Manhattan did seem swayed by these arguments, going lighter on Gupta than the eight to ten years recommended by sentencing guidelines. The maximum possible sentence for Gupta was 20 years for securities fraud and another five for conspiracy.

"The Court can say without exaggeration that it has never encountered a defendant whose prior history suggests such an extraordinary devotion, not only to humanity writ large, but also to individual human beings in their times of need," Rakoff wrote in his sentencing order. But Rakoff also noted that Gupta would be free to continue his charitable works after his prison term is over, and that some prison time was necessary as a deterrent to other inside-traders.

"When one looks at the nature and circumstances of the offense, the picture darkens considerably," Rakoff wrote, adding that "his criminal acts represented the very antithesis of the values he had previously embodied."

Gupta was convicted of giving tips to another convicted inside-trader, former hedge-fund manager Raj Rajaratnam, who was sentenced to 11 years in prison. Gupta's defense team said the evidence was circumstantial, including evidence of a phone call Gupta made to Rajaratnam immediately after a September 2008 conference call discussing an offer from Warren Buffett to invest $5 billion in Goldman to carry it through the financial crisis. Rajaratnam bought up a bunch of Goldman stock after the call from Gupta, turning an immediate profit of more than $1 million after Buffett's investment became public knowledge.

In Rakoff's words, Gupta's tip was "the functional equivalent of stabbing Goldman in the back." 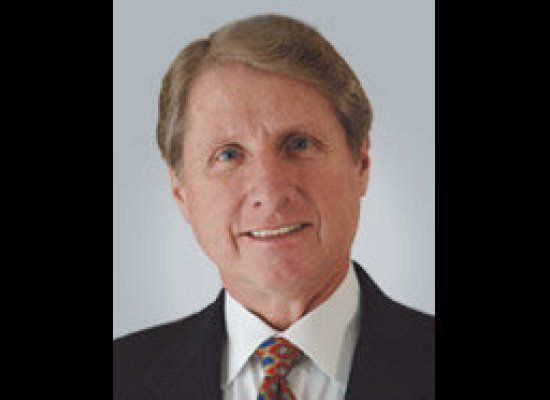