Living in Iowa during election season is a bit like being the unpopular kid at school who just won two all-expense paid tickets to Disneyland: all of a sudden everyone is paying attention to you and wants to be your friend. You can't swing a dead cat without hitting a politician these days, and that's what makes election season so fun-- or horribly annoying, depending on how you look at it. 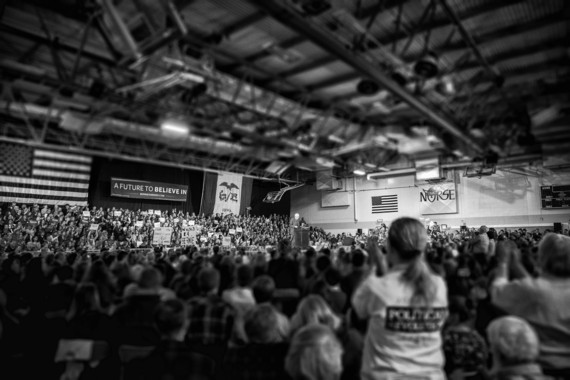 College campuses are naturally a desirable place to hold rallies. Not only do they provide ample locations to house large crowds, they are also home to young voters-- a demographic that typically does not turn out in large numbers to vote, so if you can excite and energize this voter base you could really help your campaign. 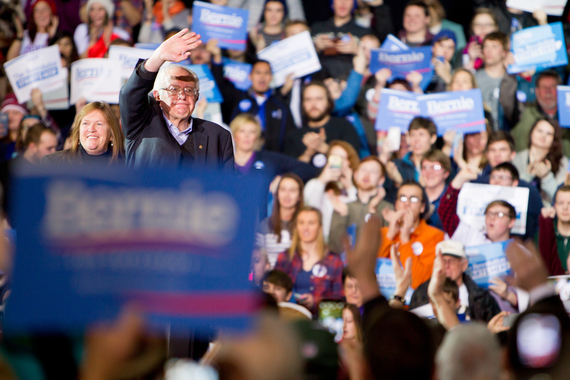 If you're lucky, a campaign will contact you a couple of weeks in advance (often it's less notice than that) and ask to host an event on campus. You will then begin the process of negotiating space, what your college can provide and what the campaign will need to provide, suggestions on locations to house media, the candidate, and support staff, whether or not they will need a private space to meet with local campaign volunteers....etc. All of this typically runs like a well-oiled machine as most candidates are hosting multiple rallies a day. In the case of Bernie Sanders this past weekend, Luther College was the first stop of four rallies for the day, and three more the following day. Campaigns have this process down to a science.

The night before a crew will come and set up the stage, lighting, sound, chairs, backdrops, flags, banners...all that fun stuff. Logistics on things like parking, locking of doors to limit access, power supply and Internet access for press is all discussed and planned for ahead of time. But not everything can be perfected. For instance, Luther's wireless network simply was not built to handle a huge crowd of thousands of people all trying to connect to the same guest Wi-Fi service at the same time. This caused a problem for the press corps traveling with the Sanders campaign, as they could not reliably connect to the Internet to upload photos and report live from the rally. We did feel pretty bad about that, but there really was little that could be done given the infrastructure that was already in place. 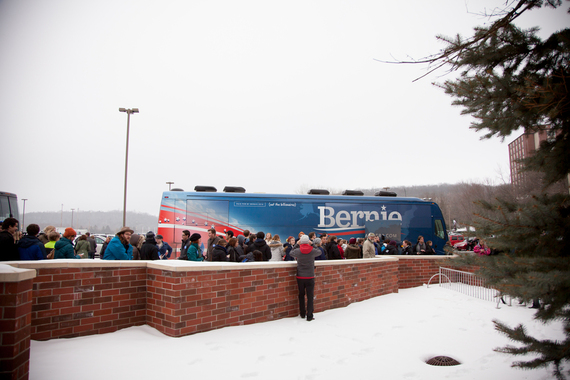 The campaign coordinators were initially estimating about 750 people would attend. They were planning on having roughly 600 chairs in front of Sanders with 150 people sitting behind him on bleachers. Many of us at the college felt this number seemed low, but they were the experts. As people began lining up outside early that morning you could immediately tell that there were far more than 750 people waiting to get in. 2,272 people later, the bleachers and chairs were filled to capacity and the rest of the gymnasium was standing room only. Later that day the turnout provided the catchy headline the media was looking for: Sanders Rally Draws A Crowd of 2,000 in an Iowa Town of 8,000. 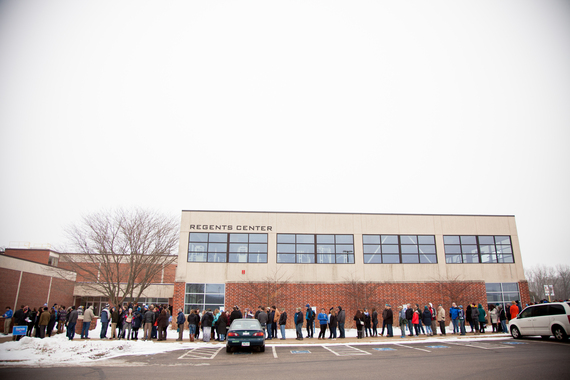 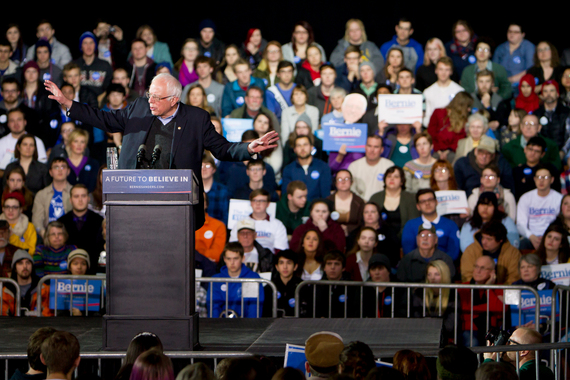 At this point in the race most campaigns are in image management mode. Rallies like the one held at Luther are carefully staged for photo ops. In back, rising above the crowd sat an elevated platform for photojournalists. Shooting from the platform is akin to photographing Disneyland from Disney's "picture spot" locations. The scene is a ready-made image carefully crafted by the campaign, complete with hand-selected diversity sitting in the background under the national and state flags. Any good journalist would desire a more authentic documentation of the event, so you do your best to shoot from as many vantage points as allowed. 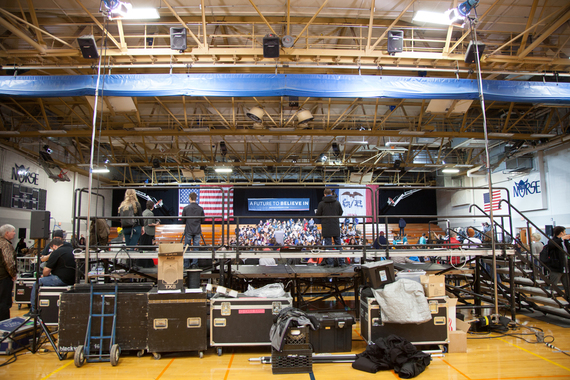 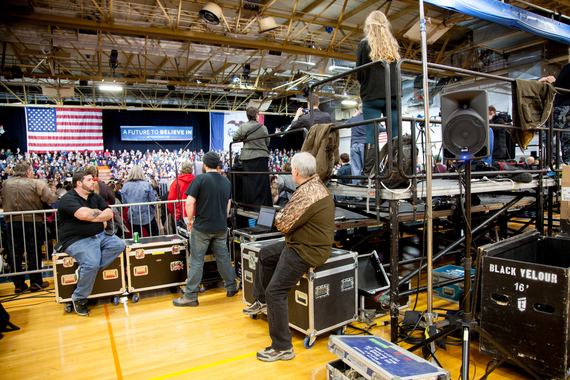 After an hour of speaking the event is over in a flash and the candidate, along with the press corps and support staff, slips out of the venue onto their bus and move on to the next rally of the day. It has to be an unimaginably grueling schedule and one that I'm impressed can be sustained for so long. The event contractors tear down the stage and pack away the chairs at lightening speed in order to move on to the next location, and just like that normalcy returns to our sleepy little town of 8,000. That is until three days later, when our town gets to do the whole thing again for another political candidate. 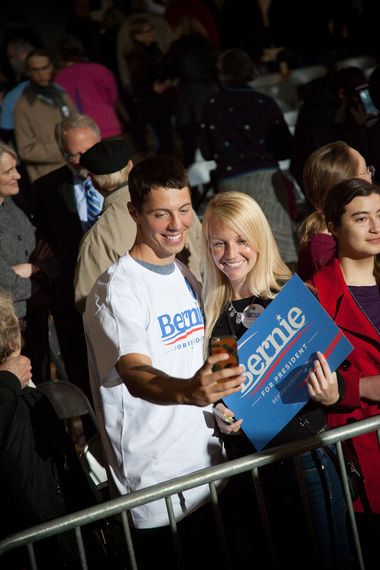