When the University of Leicester in collaboration with Richard III society excavated the remains of King Richard III in a council car-park in 2012, I never thought I'd see a live adaptation of this discovery. That's why I got so thoroughly surprised when I first stepped into Almeida theatre the other day to watch Rupert Goold's production of Richard III with Ralph Fiennes in the title role and Vanessa Redgrave as Queen Margaret. On stage, there were a couple of said archaeologists with face masks swiping the dust away from a crippled spine and a rusty skull. Accompanied with some bystanders who looked as stunned as I were, the audience was definitely in for a pre-show treat. A creepy treat perhaps, but a treat nonetheless. 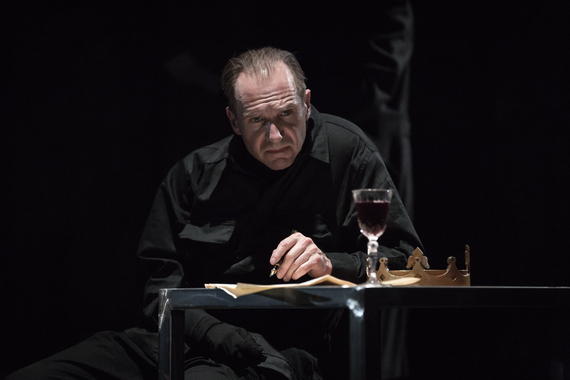 Admittedly, this isn't your average Shakespearean play. There are no gold-embroidered robes here. Richard III is not followed by any kind of medieval majesty mystique. Instead, this production gets a quite modern approach, with Ralph Fiennes sporting a turtleneck and Vanessa Redgrave rocking a boiler suit (which wholeheartedly made her even more beautiful in my starstruck eyes). Inspired by heavy gothic horror fashion, when Ralph Fiennes kicked off the start of the play with the 'Winter of discontent' monologue, I knew I was right where I want to be.

With a series of sinister roles through his career, Fiennes is no stranger to tackling a villain's role. His Richard is irritatedly cold and intellectually sadistic. His gripping gaze and uncomfortable body language gained audience gasps throughout the entire play with his unattractive comic skills painting even more aggressively towards his character's portrait. Ralph Fiennes is in splendid form here. From his impersonal and methodical approach of targeting each one of his victims, to his ultimate royal demise that exposed the deeply insecure person underneath, Fiennes delivers an award-worthy performance of the possibly nastiest Shakespearean villain. 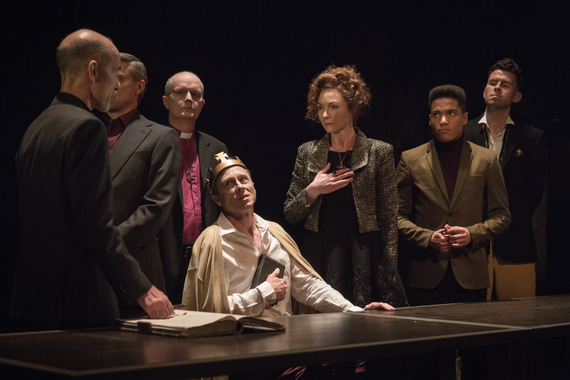 To anyone who's planning to see this -- and I strongly advise you to -- please note that there is a graphic scene of rape towards the end of the play. As if Richard hadn't already shattered any hopes of empathy points from the audience, in a capricious demonstration of power, he effortlessly slouches upon Queen Elizabeth, portrayed terrifically by Aislin McGuckin, in order to secure his request of him marrying her daughter.

In general, there's not a weak link in the cast. In the 3-hour-play, a series of supportive characters have their fair share of superb performances on stage. Most notable are the female performances of Susan Engel, Joanna Vanderdam and of course Vanessa Redgrave who gives a fine edge of mad composition in her few big moments on stage. Rupert Goold's production will run at the Almeida Theatre until August 6. 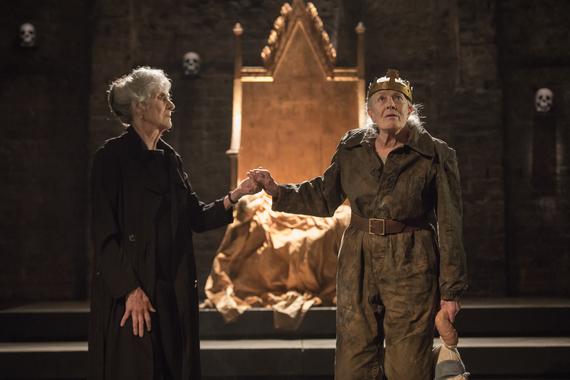 For those of you who won't be able to make it to London until then, Almeida Theatre just launched Almeida Theatre Live. Yes, you guessed it right. In partnership with distributor Picturehouse Entertainment, Richard III will be broadcast live to cinemas in the UK and around the world on 21 July.

"The chance to take the work of the Almeida to international audiences via live cinema screening is a new and timely venture for us that I'm extremely excited about. Working with Picturehouse Entertainment and Illuminations on this broadcast I'm really looking forward to seeing how audiences around the world react to our Richard III on the big screen." - Rupert Goold

For details of screenings and booking information for the Almeida Theatre Live broadcast of RICHARD III, check local cinema listings or visit www.live.almeida.co.uk