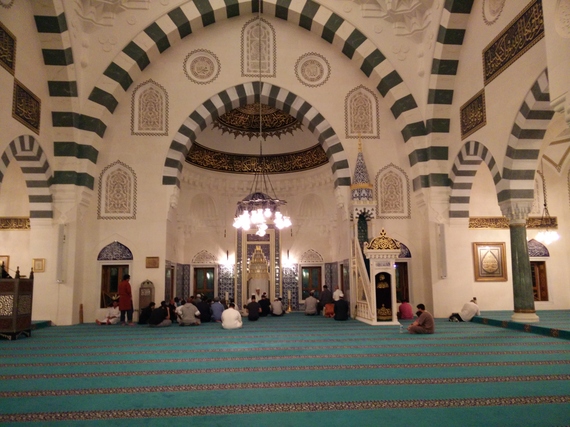 I want to fall asleep on that carpet

As soon as we walked into the Diyanet Mosque we were transported to a different world. Men in kufis and women in hijabs populated all sides of the courtyard. And little kids in abayas ran through and around the marble pillars, chasing their little friends in thobes. In the center, a magnificent sink setup lay open for last minute pre-prayer washing. Interestingly, the sinks very closely resembled the entrance to Harry Potter's Chamber of Secrets. And all this was accentuated by loud Arabic recitation emanating all around. I looked up through the open roof and took in the light of the starless black sky, cast behind the foreground of two towering minarets.

This past year I took Professor Peter Singer's famously controversial Princeton class "Practical Ethics." Peter Singer is a renowned academic philosopher famous for, among other things, his subscription to the effective altruism movement. Effective altruism is essentially the belief that not only should people wish to make the world a better place, but that they should also arm themselves with the research and statistics that will allow them to be as effective as possible. This manifests itself with websites such 80,000 hours (telling you what career allows you to earn the most money solely so you can donate it) and GiveWell (which rigorously ranks charities based on how effective they are).

I bring this up because of one incident. In class, Singer told us how The Metropolitan Museum of Art in New York once raised $45 million to purchase a painting.

Here is a picture of that painting.

How much do you think it's worth? Not much, Singer thought. Yes, perhaps someone's life could be richened by the sight of it. But wouldn't it have been better to spend that money on a charity that gives children surgeries to prevent them from becoming blind? 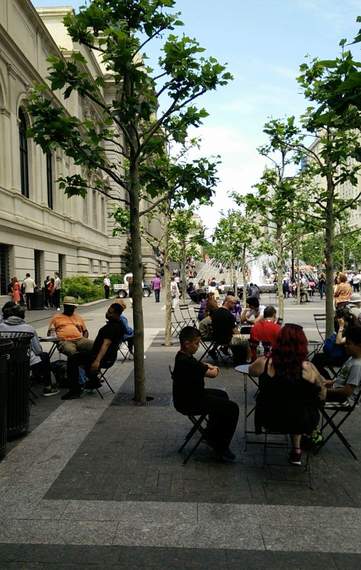 The Met. There's a $45 million snapchat picture somewhere in there

Singer's most famous analogy is that of the drowning child. Suppose you were walking down the street with your expensive Nike-Adidas hybrid sneaker-sandals, and you saw a toddler drowning. You can save him, but if you do, you'll ruin your shoes.

To Singer, and to most people, the choice is obvious: you save the kid and ruin your shoes. But, according to Singer, we are choosing to do the exact opposite when we buy expensive luxuries, such as an expensive painting, and ignore the billions of children around the world that can easily be saved from starvation and disease with our donations. As Singer writes, "In a world in which more than six million children die each year because they lack safe drinking water or mosquito nets, or because they have not been immunized against measles, couldn't you find something better to do with your money?"

To me, this logic was flawless. I was completely with him.

But then I had a question. I whispered it to Dina, the friend sitting next to me. She said that I should ask. But suddenly, I didn't want to.

I've been to many mosques. I've seen mosques large enough to hide a dinosaur and ones with interior designs so ornate that they make you wonder whether you accidentally Blue's Clues skadooed into a painting. 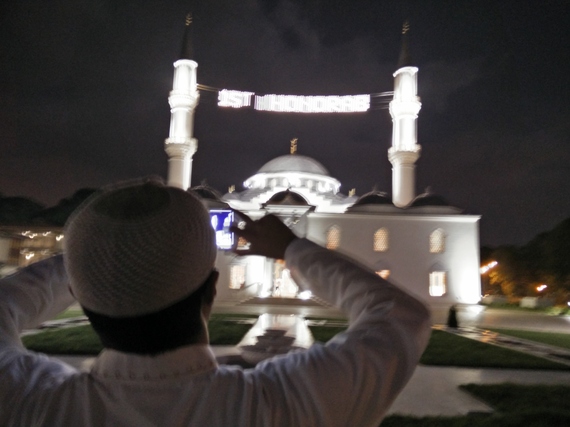 Taking a picture for later skadooing

But the thing is- these things aren't cheap.

In the United States, people give around $71 billion to religious institutions every year. And that's the conservative estimate. The Diyanet Mosque that I came to for iftar this night costed $100 million and looks like the smaller cousin of Turkey's Haggia Sophia. So my question was this: Did Singer think religious donations could be justified ethically?

Singer and a good chunk of his effective altruism buddies put a high value on "lives saved." That is, Singer emphasizes the ability of charities to directly and visibly prevent people from dying. Under this lens, it's hard to see how a religious institution fits.

But perhaps that is the problem with thinking this way: it neglects to see the good that comes from healthy manifestations of religion.

The Prophet Muhammad once said that a person is not truly a believer if he eats to his fill while his neighbor is starving next door. The Qur'an even depicts a scene in which a dead man, having lived his life sinfully, desperately wishes he had more time in life solely so he could give more in charity. In fact, charity is such a central point that it is one of the five metaphorical pillars of Islam. Embedded throughout the message of Islam is the idea that it is not only good to give back, but that it is incumbent on those who have the resources to do so.

So Islam, and by extension many other religions, compels people to see how important it is to try and heal the suffering in the world. And so if we don't give these religious institutions the money to properly build that empathy within people, who will be left to donate money to the charities that are proven to do their job effectively? 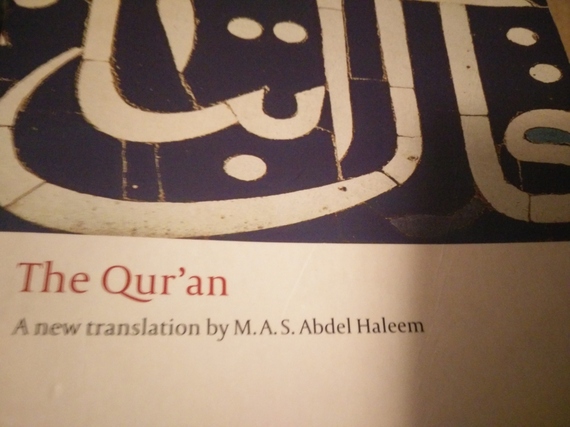 Summary: give charity (and some other topics)

I'm not saying that religious institutions and religious people are the sole sources of positive efforts. Groups like Oxfam and the Against Malaria Foundation have no explicit religious affiliation and are instrumental in diminishing world suffering, as are prominent non-religious philanthropists such as Bill Gates and Mark Zuckerberg.

However when there is so much work to be done and so little money that is actually going to those in need, and when religions like Islam put such an emphasis in helping end world suffering, it makes sense to foster that sentiment religiously. It would be better, of course, if we could come to aiding these causes on our own. But we live in a world where a picture of an actual drowned child had to scatter across the internet before anyone cared about the suffering of Syrian refugees. So if religious institutions can help make people care, then yes, we need all the help we can get.

The development of spiritual empathy is not something easily quantified. And so it makes sense that this metric might easily fall out of the spectrum of the effective altruism camp. But, having not asked Singer this question, perhaps I'm not being fair. Perhaps, within some inner unit of measure in his mind, he could agree with me.

I guess I'll just have to wait for his response. 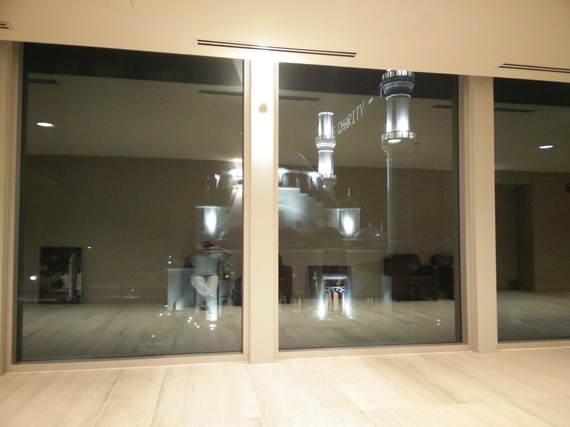 The Diyanet mosque, with all its beauty and design, cannot fail to inspire every worshipper that walks into its doors. And hopefully, that inspiration will in turn lead to greater empathy for others. When I looked up at the two tall minarets poking out into the sky above the mosque, I read the bright flashing banner that hung from across the two towers. In all capital letters it proclaimed to every single incomer:

"Even a smile is charity."