Is Ramadan Tuesday or Wednesday? How about Thursday?

Because of disagreements over when the lunar-based Islamic fasting month begins, Muslims will start their fasting on different days this year.

In the United States, the Fiqh Council of North America, a prominent group of Islamic scholars affiliated with the Islamic Society of North America, has declared the first fasting day of Ramadan to be Tuesday. It used astronomical calculations and a sighting of the new moon in California. Many mosques, such as the Islamic Society of Boston Cultural Center, have also encouraged their congregants to use Tuesday as the first fasting day.

But with the vast majority of the world's Muslims living outside the U.S., and many of America's Muslims having immigrated from or having family in other countries, the Ramadan calendars used in places such as the Middle East and South Asia have swayed some Americans to change their observation dates.

In several Middle Eastern countries, including Saudi Arabia and United Arab Emirates, Islamic leaders said Monday that the new moon had not been sighted, meaning that Ramadan fasting could not begin until Wednesday. Ramadan technically begins at nighttime, when the crescent moon is sighted, and the first day of fasting begins at dawn the following morning. Islamic leaders in Malaysia have also said the fast won't start until Wednesday. To blame in some areas for the lack of a visible moon: cloudy skies and bad weather.

In Pakistan, news sources are reporting that the fast could begin either Wednesday or Thursday. The story is similar in India, which is home to 177 million Muslims. The Wall Street Journal reported Tuesday that monsoons had prevented moon-sighting committees from declaring the beginning of Ramadan.

Syed Tariq Bukhari, a member of the moon sighting committee at Old Delhi’s Jama Masjid, one of India’s largest mosques, said India lags behind the Middle East because of its geographical position and, this year, because of the monsoon.

According to his committee, if the new moon is spotted either by a moon sighting committee, a reliable Islamic witnesses — a Muslim man with a beard — or a large number of people Tuesday evening, then Ramadan will begin in India on Wednesday.

If not, then Thursday will mark the start of the fast.

Regardless of differing dates abroad, American Islamic scholars are keeping with using Tuesday as the first fast, Fiqh Council of North America officials say in a statement on their website.

"There is a big chance of divergence. The Fiqh Council will stick to its criteria and decision no matter what reports come from abroad. Ramadan in North America will definitely begin on Tuesday, July 9, 2013." 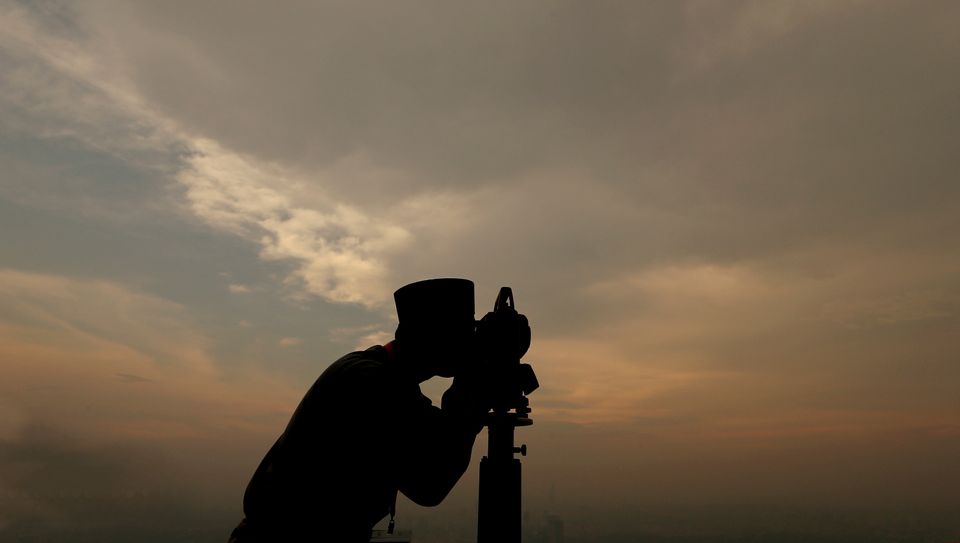 1 / 13
An unidentified official of Malaysia's Islamic authority uses a telescope to perform "Rukyah," the sighting of the new moon to determine the beginning of the holy fasting month of Ramadan at KL Tower, Kuala Lumpur, Malaysia, July 8, 2013. Muslims around the world will start observing Ramadan, the holiest month in Islamic calendar this week. (AP Photo/Daniel Chan)
AP