While on his death bed, the brilliant Indian mathematician Srinivasa Ramanujan cryptically wrote down functions he said came to him in dreams, with a hunch about how they behaved. Now 100 years later, researchers say they've proved he was right.

"We've solved the problems from his last mysterious letters. For people who work in this area of math, the problem has been open for 90 years," Emory University mathematician Ken Ono said.

Ramanujan, a self-taught mathematician born in a rural village in South India, spent so much time thinking about math that he flunked out of college in India twice, Ono said.

But he sent mathematicians letters describing his work, and one of the most preeminent ones, English mathematician G. H. Hardy, recognized the Indian boy's genius and invited him to Cambridge University in England to study. While there, Ramanujan published more than 30 papers and was inducted into the Royal Society. [Creative Genius: The World's Greatest Minds] 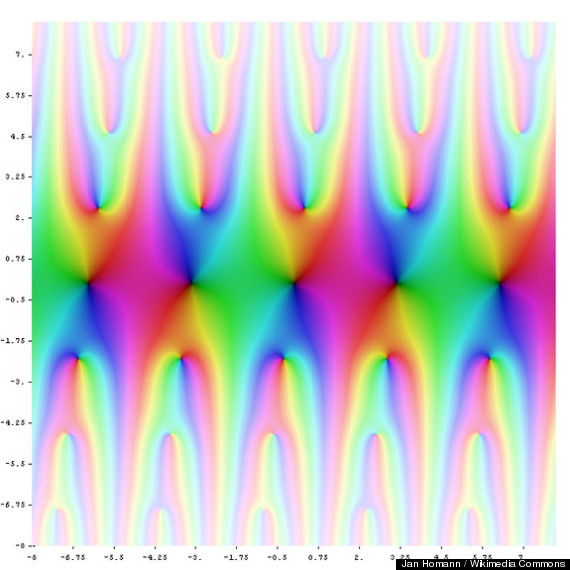 A visualization of a theta function.

"For a brief window of time, five years, he lit the world of math on fire," Ono told LiveScience.

But the cold weather eventually weakened Ramanujan's health, and when he was dying, he went home to India.

It was on his deathbed in 1920 that he described mysterious functions that mimicked theta functions, or modular forms, in a letter to Hardy. Like trigonometric functions such as sine and cosine, theta functions have a repeating pattern, but the pattern is much more complex and subtle than a simple sine curve. Theta functions are also "super-symmetric," meaning that if a specific type of mathematical function called a Moebius transformation is applied to the functions, they turn into themselves. Because they are so symmetric these theta functions are useful in many types of mathematics and physics, including string theory.

Ramanujan believed that 17 new functions he discovered were "mock modular forms" that looked like theta functions when written out as an infinte sum (their coefficients get large in the same way), but weren't super-symmetric. Ramanujan, a devout Hindu, thought these patterns were revealed to him by the goddess Namagiri.

Ramanujan died before he could prove his hunch. But more than 90 years later, Ono and his team proved that these functions indeed mimicked modular forms, but don't share their defining characteristics, such as super-symmetry.

The expansion of mock modular forms helps physicists compute the entropy, or level of disorder, of black holes.

In developing mock modular forms, Ramanujan was decades ahead of his time, Ono said; mathematicians only figured out which branch of math these equations belonged to in 2002.

"Ramanujan's legacy, it turns out, is much more important than anything anyone would have guessed when Ramanujan died," Ono said.

The findings were presented last month at the Ramanujan 125 conference at the University of Florida, ahead of the 125th anniversary of the mathematician's birth on Dec. 22.