Everyone loves ramen these days. Classic ramen restaurants populate the country's biggest cities, and people love the instant stuff so much they have turned it into a hamburger bun, a lobster roll and even a burrito. We just can't get enough of the salty and addictive noodles.

And as we all learned in college, instant ramen noodles are there for you, waiting to be cooked and ready to be eaten in just five minutes. Here are 10 things you never knew about your favorite go-to food, even if you eat it every day.

1. The first instant ramen was considered a luxury item in supermarkets. 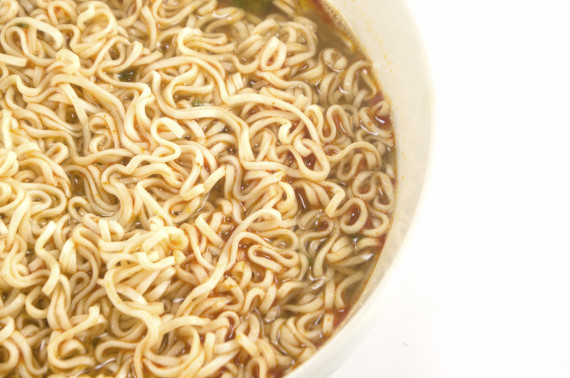 Although today it's considered a college staple and something you eat if you're broke, instant ramen used to be quite expensive in Japan. Momofuku Ando, the creator of Nissin ramen products, invented "Chicken Ramen," an instant snack that could be eaten easily and anywhere in 1958, when he noticed food was scarce after World War II. But when it arrived on Japanese supermarket shelves, it was seen as a very expensive product since fresh udon noodles sold for one-sixth the cost of "Chicken Ramen."

2. It's the best-selling item at the Rikers Island jail.

The commissary at Rikers Island in New York needs to always make sure it is stocked up on Cup Noodles. It sells for 35 cents and, according to the New York Post, it's the most popular food item sold. Guards provide the people being held at Rikers with hot water to eat the beloved noodles. And sometimes, inmates discard the noodles and use the intense seasoning packets to flavor the bland cafeteria food.

3. Only the "Oriental" and "Chili" flavors of Nissin Top Ramen are vegetarian.

Chang, founder of the Momofuku restaurant empire, explains in "Mind of a Chef," the appeal of biting into a chunk of uncooked ramen sprinkled with seasoning as an after-school snack:

"I think I was around eight years old. I'd come home from school and instead of having Hot Pockets and stuff, I had ramen. I didn't know it was bad for you to consume as a kid. I thought it was good for you."

5. Ramen is the Japanese word for Chinese "lo mein."

The Japanese owe it to the Chinese for the trendy food's name. According to "Being Japanese American," by Gil Asakawa, ramen is the Japanese pronunciation of the kanji characters for "lo mein" or "lau mein" in Chinese. However, there are competing theories, and other authors feel the most likely etymology is "lamian." Whichever is the case, it's no surprise that ramen is inspired by lo-mein, another boiled noodle dish invented centuries ago.

6. And China eats instant ramen more than any other country. 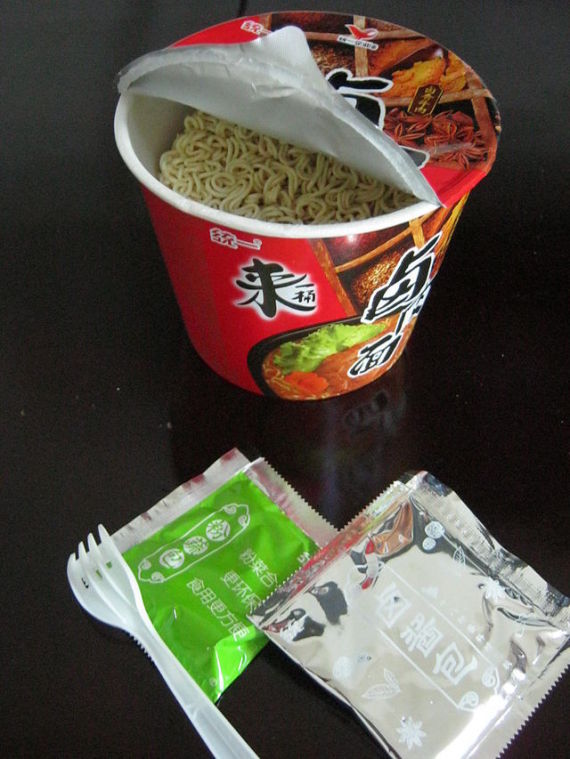 China's global demand for instant noodles is the highest, according to the World Instant Noodles Association (yes, that's a real thing). In 2013, China consumed more than 46 billion packets of ramen. Tong-Yi Instant Noodles, a popular Chinese brand, is sold almost everywhere, from Walmart to street stalls.

7. According to one survey, the Japanese consider ramen their best invention.

Aside from all the technology Japan has gifted the world, in 2000 the Fuji Research Institute stated that Japanese people are the proudest of introducing instant noodles to the world. They feel this way because instant noodles truly "represent 'Made in Japan,'" by not only being a national food but a global one.

It's a fact that instant ramen is cheap. Maybe that's why businesses are considered "ramen-profitable" when they are taking in more money than they are spending. The average package of ramen cost 14 cents, the Los Angeles Times reported in 2005, so it would only cost you a bit north of $150 dollars a year if you decide to live off of it. To put this in perspective: The average American spends $7,852 on food a year. 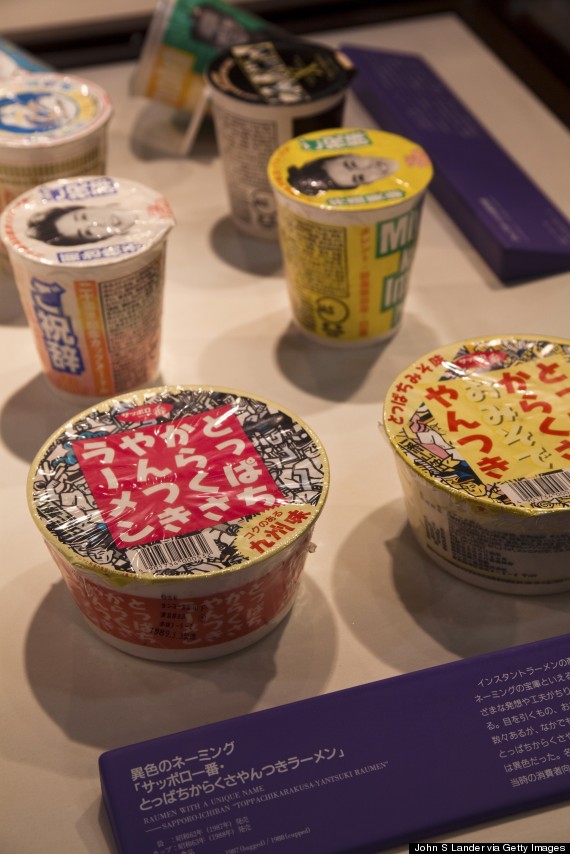 It's called the CupNoodles Museum, and it's dedicated to the history of the product and the mind of Momofuku Ando. The museum showcases a "My CUPNOODLES Factory," where visitors can make their own ramen concoctions and include cute customized naruto (fish cake) pieces with animals printed on them. The museum website states that there are 5,460 flavor combinations.

10. The first noodles ever consumed in space were instant ramen noodles. 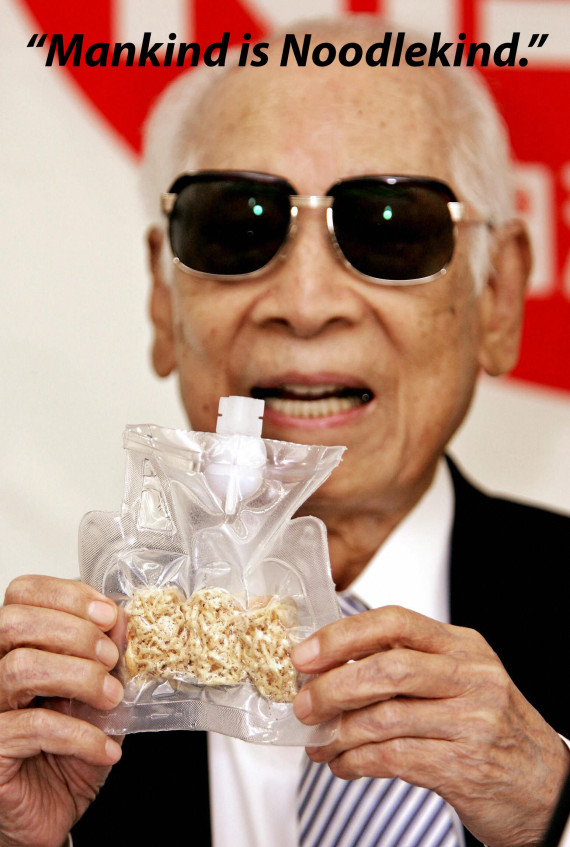 Momofuku Ando wanted to make ramen portable and easy to eat not only on earth, but also in space, and he succeeded in 2005. Two years before he died, Ando created "Space Ram," a vacuum-packed ramen made with smaller noodles (so they can be cooked without using boiled water) and a thicker broth (to prevent dispersal). It was made for Japanese astronaut Soichi Noguchi's trip in the Discovery space shuttle.

Bonus: Justin Timberlake's hair in the '90s was an unintentional advertisement for instant ramen.

We hope this style comes back soon.

CORRECTION: A previous version of this article incorrectly identified the picture of the ramen at the museum as being at the Shin-Yokohama Ramen Museum (which itself was incorrectly located in Osaka). It is, in fact, at the CUPNOODLES Museum in Yokohama. Maruchan's "Oriental" and "Chili" flavors of Top Ramen were also incorrectly described as vegetarian. Only Nissin's flavors are vegetarian. Maruchan's "Oriental" and "Chili" flavors are not. Language has also been amended to address competing theories on the etymology of "ramen," and to provide more exact figures for the average price of a package.