Of all the trendy foods right now, ramen stands out as one that pleases just about everyone. From highbrow ramen joints to lowbrow instant ramen, this Japanese noodle soup is popular everywhere. It would stand to reason, then, that ramen can do no wrong. That would be a hasty assumption, however. Every bright star has a dark side, and ramen is no exception.

Restaurant chefs and home cooks alike have been co-opting ramen in the worst way -- taking it out of its natural habitat of hot, steamy broth, and forming it into shapes that are at best unappetizing and at worst grotesque. It started last summer with the infamous ramen burger -- the food trend everyone thought might overtake the Cronut™ -- which soon proved to be just another gimmicky mashup. Today, we're seeing ramen foods everywhere, threatening the integrity of this once irreverently cool and impossibly delicious food.

Here are five ways that we never, ever want to eat ramen: 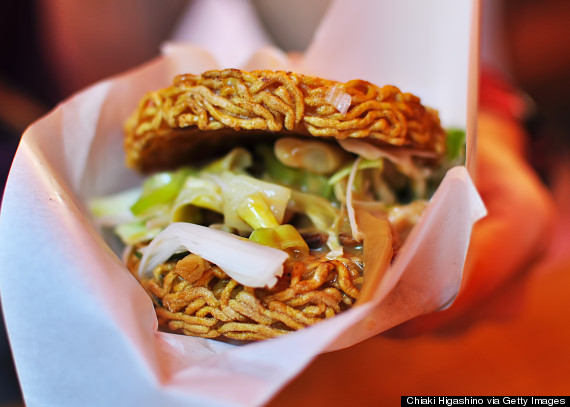 When Keizo Shimamoto unveiled the original Ramen Burger at Brooklyn's Smorgasburg last summer, the world almost forgot about the Cronut™ -- for a second. Then everyone realized that ramen noodles are not a tastier replacement for a fluffy, buttery bun, and everyone went back to fawning over Umami Burger. It was just the beginning of ramen's shapeshifting, however. 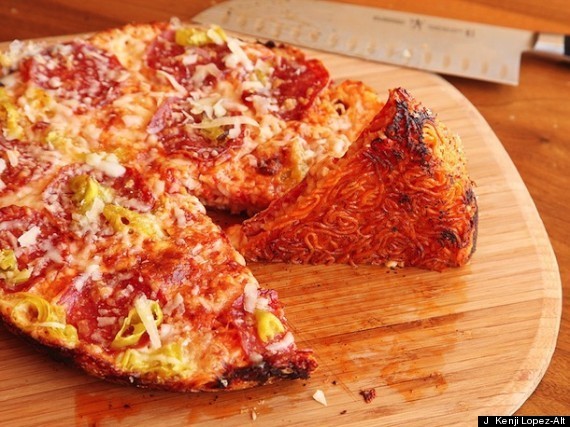 Then came the ramen pizza. Nobody liked the look of it, yet no one wanted to give up on ramen outside the bowl. Serious Eats' J. Kenji Lopez-Alt was responsible for this ramen pizza (for which the noodles are cooked in a cast iron skillet) and it wouldn't be the last ramen pizza. California-based pizzeria Marco Polo Pizza has just started selling its own version. What's wrong with traditional, slightly chewy, slightly charred and crunch crust? 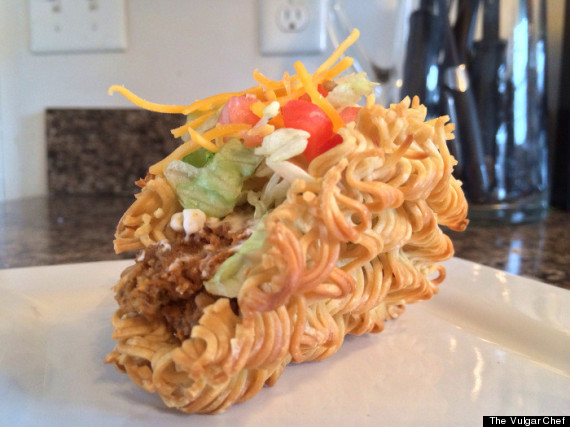 Then came the Ramen Taco, from New England based food blog The Vulgar Chef. After the bacon weave taco and the bacon weave choco taco, it was just a matter of time that someone would make a taco shell out of ramen.

As the folks over at Thrillist point out, it's simple math. Ramen + Burrito = Ramenerrito. West Village restaurant Presstea™ is responsible for this new beast, which is made to order and filled with noodles prepared in a pork broth with cilantro, garlic, and house spices, according to FoodBeast.

And just when you thought ramen couldn't get any lower, someone went and invented the ramen corn dog -- in New Jersey no less. (Please note, the author is from New Jersey and says this in jest, with pride.) The monstrosity comes from Jersey City-based restaurant Union Republic and consists of a beef sausage battered in cornmeal and surrounded by fried ramen noodles.