Turns out that the "rampture" isn't so near after all.

Just weeks before the 90-day closure of the Wilshire Boulevard ramps on the 405 freeway, Los Angeles Metro announced Friday that the so-called "rampture" has been postponed until early 2012.

According to Metro, construction crews are still addressing some utility work on Sepulveda and Wilshire Boulevard that needs to be completed before the freeway ramps are reconstructed.

The Wilshire Boulevard ramps project is the second phase of the plan to add more high-occupancy-vehicle lanes to the 405 freeway. But besides just widening the highway, the improvements will also make the ramps safer by streamlining traffic flow on the interchanges, as well as update them to comply with the latest seismic standards.

It follows July's "Carmageddon," when a large section of the 405 freeway was completely closed down for more than two days. It passed without incident, as Angelenos chose to take some time off from the roads and stick closer to home that weekend.

Of course, it's going to be harder for Westside-bound commuters (including thousands of UCLA students) to exercise the same restraint for 90 days straight, which is why the "rampture" postponement is a relief -- but a short-lived one. 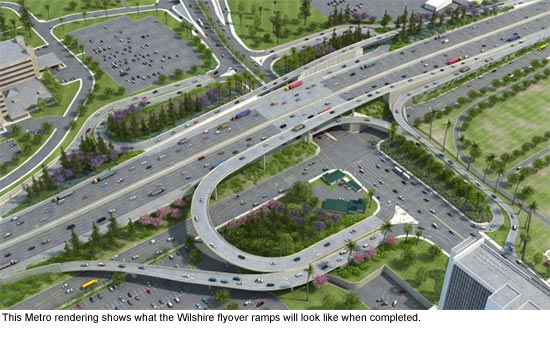