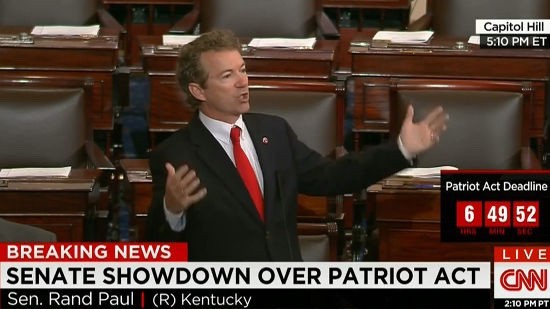 Rand Paul's temporary stopping of the Patriot Act's bulk metadata collection has spurred a predictable assault from both the mainstream left and the mainstream right. Two particular examples show the strange political mating that can take place when interests align.

First, on Sunday night, May 31, John McCain grumbled on the Senate floor that Rand Paul was letting the world burn to score political points. Then, on Monday, June 1, Salon published an article arguing that the collection of big data is a net positive for people of color and that Paul's attack on the NSA is a function of his white privilege. 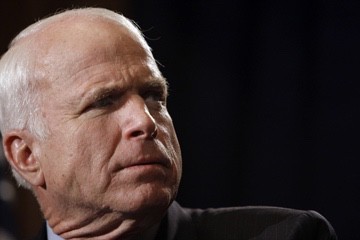 At this point, it appears John McCain has no idea what the hell he's talking about from day to day. We all saw the writing on the wall when he selected Sarah Palin as his running mate in 2008. He hasn't been getting better. This is an old, confused, angry man whose answer to every problem is war and/or authoritarian domestic policies.

As for Salon, whether or not Rand Paul's opposition is a function of white privilege is irrelevant in this case. The fact that he's a Senator in the first place is a function of white privilege. Opposing the authoritarian horror show that is the Patriot Act is important enough that this really doesn't matter. Same thing with the dismissive argument from the mainstream left that Paul is insincere in opposing the Patriot Act. It just doesn't matter. What's important is that he's opposing it.

The alliance between Salon and McCain against Rand Paul is an interesting coming together of political foes. Essentially, their loathing of Paul overcomes their loathing of each other. For McCain, making common cause with a liberal online magazine that spent the entirety of the 2008 Presidential election cycle savaging him must be an odd feeling. And for Salon, allying with the man who gave us the Palins must be similarly odd.

But it makes sense when you think about it. 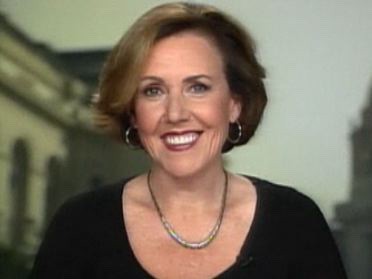 Salon's attacks on Rand Paul are at least in large part due to the possibility he may be the opponent to Hillary Clinton in the 2016 election. Add to that the fact that President Obama wants the Patriot Act and data collection renewed and editor in chief Joan Walsh's particular antipathy to Paul, and you have a perfect storm of political hay making.

And as for McCain, who has no possibility of ever entertaining another run at the presidency, the only thing he has left is his waning influence on a Republican Party that is moving further and further away from his neocon ideology. To McCain, Rand Paul is the most visible representative of this wing taking over his Grand Old Party.

This has produced the odd political bedfellows of Salon and John McCain. Both despise Rand Paul for their own reasons. And both apparently support the collection of bulk data, albeit in distinct variances of enthusiasm. I'm hesitant to assign the blame for Salon taking this position on the fact that it is President Obama asking for the draconian policy, but there's no denying that when it was George W Bush asking for political support for the Patriot Act, the general mood at the site was different. As far as McCain goes, he's a senile crank who hasn't met a war he doesn't love or a civil liberty he doesn't want to take away from the general public in the name of "security" in the last decade and a half.

Until the inevitable reauthorization of the bulk collection of the phone records of the American people, we can expect more of these attacks on Rand Paul from the representatives of the Democratic and Republican party establishments. On the one hand, the bulk collection of metadata is an anti-Constitutional atrocity. On the other hand, it will be nice for people to see the "rare" bipartisanship of the security state's apologists on the right and the further right joining together against the junior Senator from Kentucky.