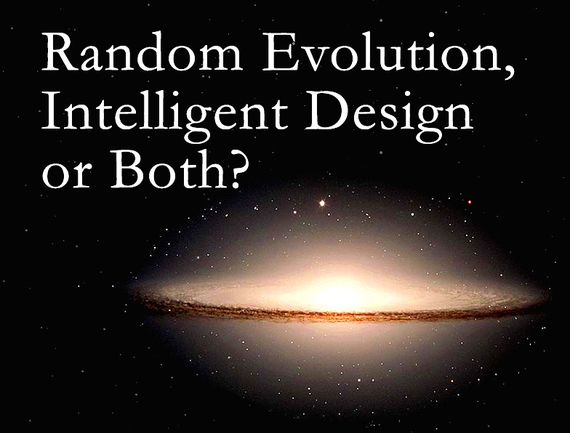 Right wing vs. left wing, Republican vs. Democrat, Intelligent Design vs. evolutionary theories, these constant battles of ideology seem to point to a nation wildly divided, but a 2013 poll showed that most Americans are in fact non-extremists and have a centrist mindset. The centrist mindset is also the cornerstone of mind and spirit enlightenment. The Buddha has been famously quoted as saying, "walk the middle path."

It's too easy to fall into extremism and fanaticisms; all it takes is a closed mind that is easily prone to conditioning and a narrow point of view. There are fanatics in all aspects of life, including in yoga. We all know certain yogis who look down on others who choose, quite smartly, not the worship a deity or guru.

Extremists may make the news, but they are part of a very small minority. Latest study by Pew shows a nation awakening from a long religious-induced hibernation. A massive 56 million of Americans now consider themselves the "nones," or none of the above in terms of religious affiliation. This is fantastic news!

Part of the reason for this unison consciousness awaking is our relatively recent right to freely speak our minds against dogmatic beliefs, the privilege that is denied to so many in various other countries. The other reason is that major religions have finally lost their grip in the US due to their hypocritical doctrine. The third reason is advancements in our understanding of the known universe. It was easy to believe in an old guy with beard pointing a finger as the source of all, when "all" meant a pancake flat Earth at the center of the heavens. But these ancient mind-control tactics geared toward an equally ancient naive populace no loner work their magic.

In the past century our physicists have made major advancements in unraveling many facets of the mysteries of our universe. Some theories paint our universe as an eleven-dimensional multiverse. However, some physicists claim that the universal model is random.

In the opposite camp, some in the religious community have created the concept of the non-random Intelligent Design, pointing to a single architect responsible not only for the creation of the universe but also for every aspect of the physical manifestation. They claim that there is no evolution, but a universe that is being formed day in and day out by hand by one man. Unfortunately these religious types also believe that our planet that has been around for nearly five billion years is only six thousand years old.

However, in the US these evolution deniers are a minority and in no way represent the modern American mindset.

AN INTELLIGENT SINGULARITY
I would argue however that we live in a universe that has been set in motion by an intelligent singularity or energy force that is unfolding randomly. How can our universe be both random and intelligently designed? If I were to break a rack of billiard balls although my action is intentional and by design, the result is certainly random. However it's not fully random because there are various laws of physics that affect the movement of the balls, such as the force of the impact, the nature of the environment (billiard table) and the gravitational mass of the balls.

I believe that an intelligent energy manifested the initial Big Bang impregnated with the laws of physics, but the outcome from milliseconds after the big explosion is based on evolutionary results.

If our universe was exactly planned and designed, then every solar system would have an Earth like planet with a massive Jupiter to protect it from comets. If fact it doesn't, the process of habitable planet formation is totally random.

On the other hand, I wonder if our physicists really grasp what the term random means. Because if we lived in a totally random universe with random outcome, then math formulas would never produce the same results every time. In fact there would be no reliable laws of physics since for example water would boil or freeze at different temperatures every time, given that by definition random means unpredictable.

I do believe that our universe is manifested randomly by an intelligent singularity. However, this creative energy source is far from the vengeful God of Abraham or Indian deities for that matter. What many presume as God is in fact the universal truth energy. And by remaining open minded and yearning for constant growth we can freely tap into this universal energy without a need for an intermediary. And through growth and evolution we may one day form our own realities that others may occupy.

*Image: The Sombrero Galaxy by Hubble.