If the first rule of advertising is to know your audience, then Randy Colpek is a real-life Don Draper.

Colpek is such a fan of Kirkland Signature Light — a budget beer sold only at Costco — that he took it upon himself to attempt his own commercial for the beverage. The end result was uploaded to YouTube.

The “ad,” such as it is, is actually a series of “outtakes” where (a possibly intoxicated) Colpek breaks through a bunch of empty beer cases a la the Kool-Aid Man and attempts a slogan extolling the virtues of the brew.

Colpek, who works as a carpenter near Santa Cruz, California, admits the commercial is supposed to be funny, but says his appreciation of the beer is apparently real. He told Reddit users he drinks about 18 cans a day.

He said it’s more about quantity than quality.

“To be honest all cheap beer is pretty much the same,” he told HuffPost by email. “I always get the cashier saying ‘Looks like someone is having a party,’ but Costco cut down on that shame.”

Colpek made the video last summer, but it started to go viral after he posted it on Reddit earlier this week.

So far, Costco hasn’t commented on Colpek’s free advertising, but he’s looking at the situation philosophically — at least, we think?

Possibly Tipsy Man Loves Cheap Costco Beer So Much, He Made A Commercial For It
15 Times Beer Was Your Friend (And One Time It Wasn't) 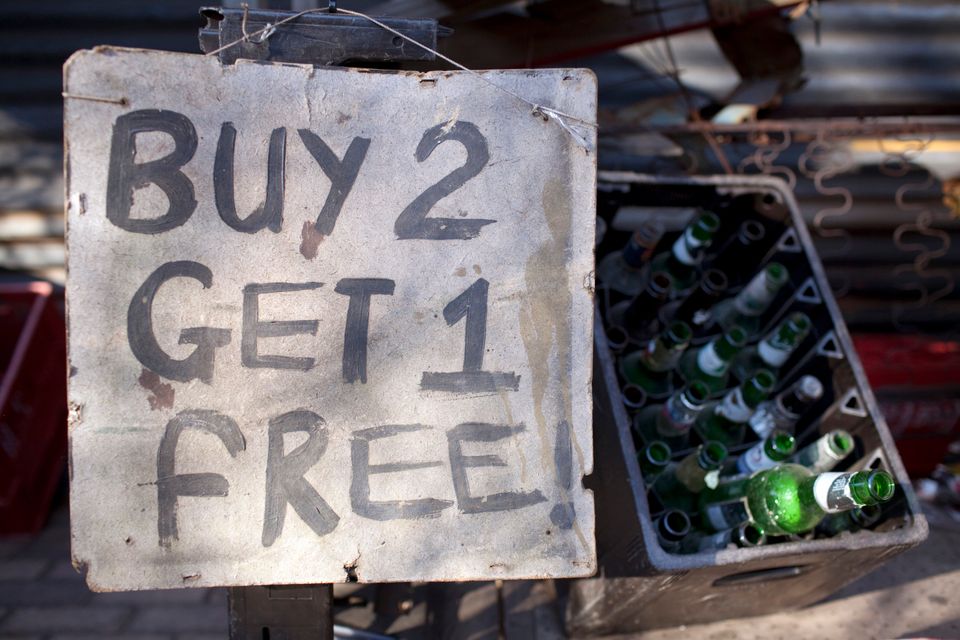