There's a lot to admire about Rania Al Abdullah, the Queen of Jordan.

She's worked for Citibank and Apple, sits on the board of the United Nations Foundation and is an advocate for girls on a global scale. This week, Al Abdullah released an amazing open letter to girls everywhere as part of CNN's "Girl Rising" project.

In the letter she urges girls and young women to disregard the messages about what it means to be female, and to forge their own way:

Marketing and stereotyping combine to have us believe that you're also made of pink dresses, pigtails, dolls, ringlets, ribbons, bows and tiaras. That you like cupcakes. That all you will want to be are wives and mothers. That you're more "inclined" to the arts and 'better suited' to caring professions like teaching and nursing.

The Queen also wrote that she believes girls have the power to start writing "a new chapter," in Jordan and all over the world -- and that they deserve our encouragement and support.

"If one girl with courage is a revolution, imagine what feats we can achieve together," she wrote.

In March 2013, Al Abdullah wrote a blog post for the Huffington Post about the importance of young girls having accomplished women to look up to:

It's important that the girls and young women of our region have strong female role models: women who successfully juggle the demands of a career and the demands of motherhood. One of the best things about my job is that I meet such women every week.

We'd say you're a pretty amazing role model yourself, Rania. 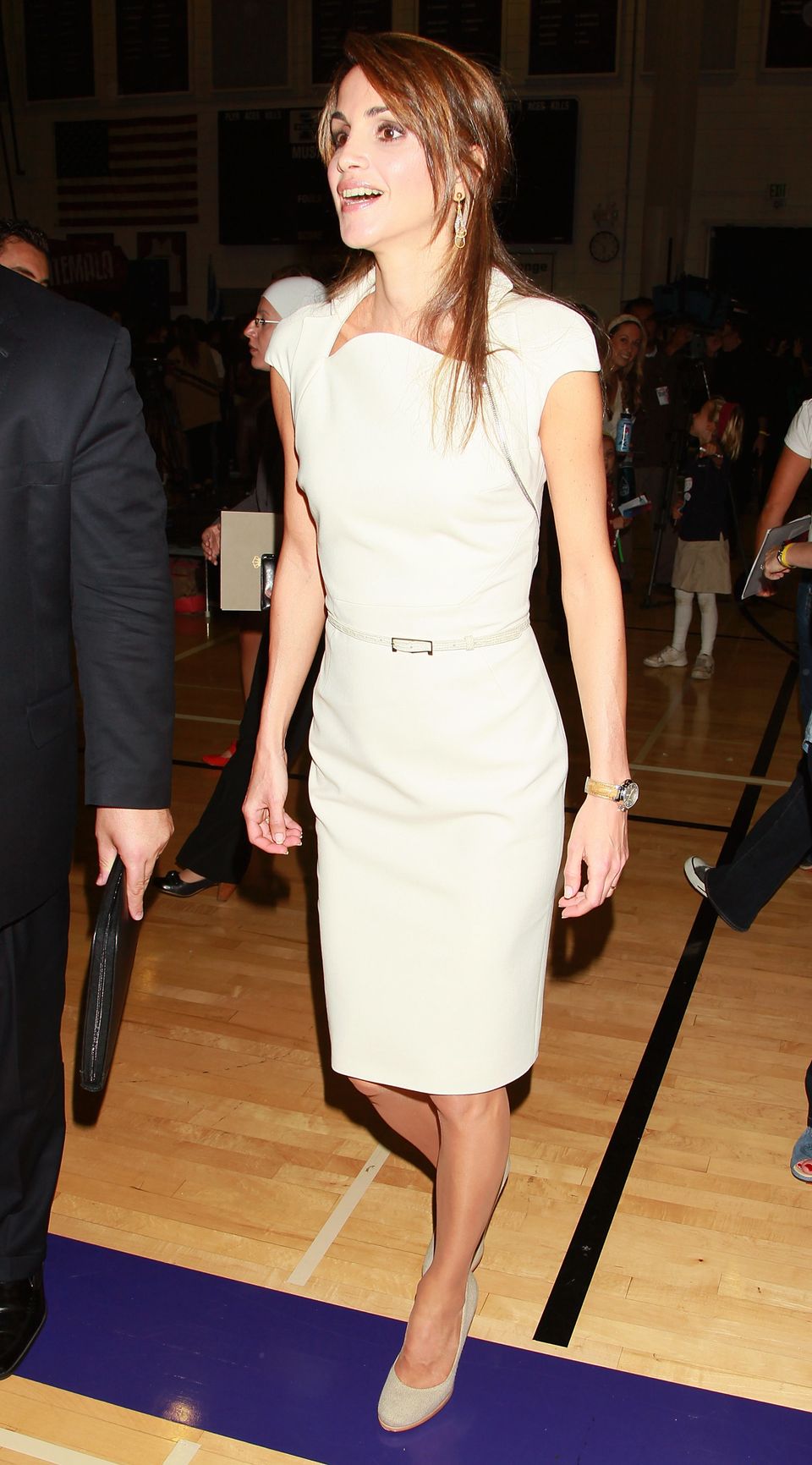