Let's see if I can remember this correctly: Ronald Reagan not only agreed to pay ransom for 66 Americans being held hostage in the Mideast (Iran). It's believed he negotiated for Iran to hold the hostages until just after he was inaugurated as president. And then because he couldn't give Iran what they wanted (arms) he laundered the weapons through Central America... about which his underlings, working in the basement of the White House, then lied to Congress. But not before shredding some evidence and concealing other evidence in their underwear (Fawn Hall). After which the chief operative said Reagan knew everything.

And the GOP is going insane over a prisoner swap? 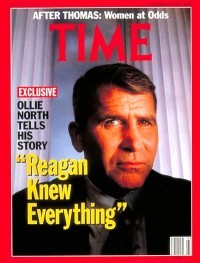