For political writer and analyst Zerlina Maxwell, there's no question that sexual abuse is intensified by America's "rape culture."

"Young men and rapists generally are socialized in a way in which young people don't know what consent is," Maxwell told HuffPost Live's Alyona Minkovski during a March 28 interview.

Maxwell created the Twitter hashtag #RapeCultureIsWhen as a response to a statement from the Rape Abuse & Incest National Network that questioned the societal influence in instances of rape:

"In the last few years, there has been an unfortunate trend towards blaming 'rape culture' for the extensive problem of sexual violence on campuses. While it is helpful to point out the systemic barriers to addressing the problem, it is important to not lose sight of a simple fact: Rape is caused not by cultural factors but by the conscious decisions, of a small percentage of the community, to commit a violent crime."

"Young people don't necessarily see women automatically as human beings, whole human beings, people. They see them as over-sexualized objects to be conquered," she said. "That's the thread in all of romantic comedies. That's the thread, really, in many NCAA sports. Women are just seen as trophies, as objects."

And if the cultural factors aren't convincing enough, Maxwell said the statistics on rape speak for themselves.

"The numbers are too high in order to say it's just a few bad apples," Maxwell said.

Watch the full HuffPost Live conversation about rape culture below.

PHOTO GALLERY
no means no 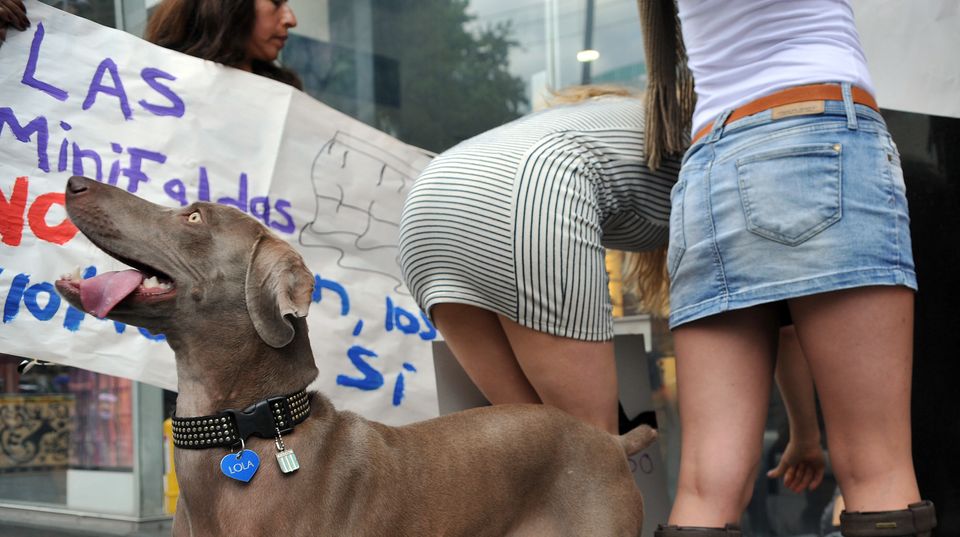 1 / 11
COLOMBIA-WOMEN-PROTEST
Women wearing miniskirts take part in a protest in front of a popular restaurant in Bogota, Colombia, on November 17, 2013, against the comments made by the owner of the place, where a girl denounced being raped earlier this month. The man told the local media that the clothes worn by the girl might have motivated the rape. AFP PHOTO/Guillermo LEGARIA (Photo credit should read GUILLERMO LEGARIA/AFP/Getty Images)
Getty Images