A typographical gaffe that appeared in Minnesota's Free Press of Mankato caused quite a stir in the social media universe this week.

On Tuesday, the Free Press splashed the following headline -- dubbed the "most unfortunate article headline in print journalism history" by Gawker -- to accompany a piece about a heart-healthy citrus fruit: 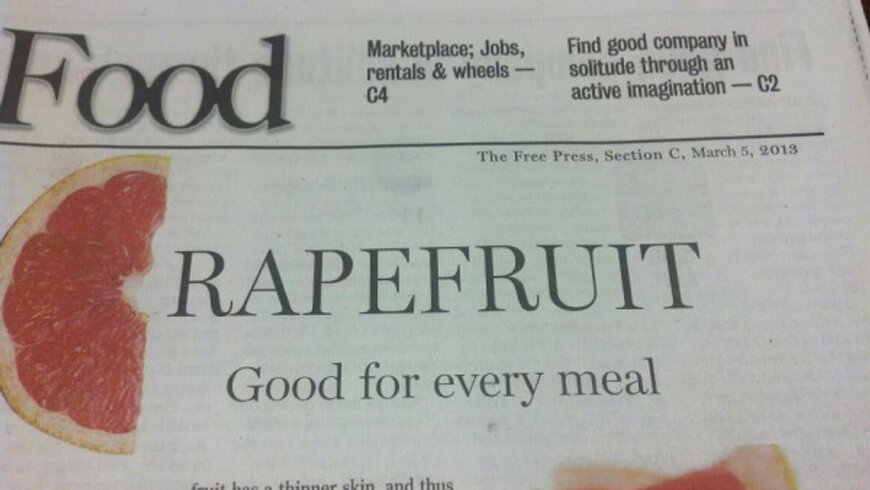 Tragically, the slice of grapefruit was deemed not sufficiently "G-like" by Free Press readers, and the attempt at achieving a visually appealing headline turned awry for the newspaper.

Before long, images of the headline began appearing on Facebook and Twitter, and an inevitable explosion of "rapefruit" jokes and puns ensued.

"You are absolutely right that rape is not funny and nothing to joke about. Rapefruit on the other hand is frigging hilarious," wrote one tickled netizen on the newspaper's Facebook page.

You'd think the plant would have a way of just shutting down rather than produce #rapefruit. http://t.co/8baSLQ15yU

“Obviously, in hindsight, we would have done this differently,” Jim Santori, the newspaper's publisher, said.