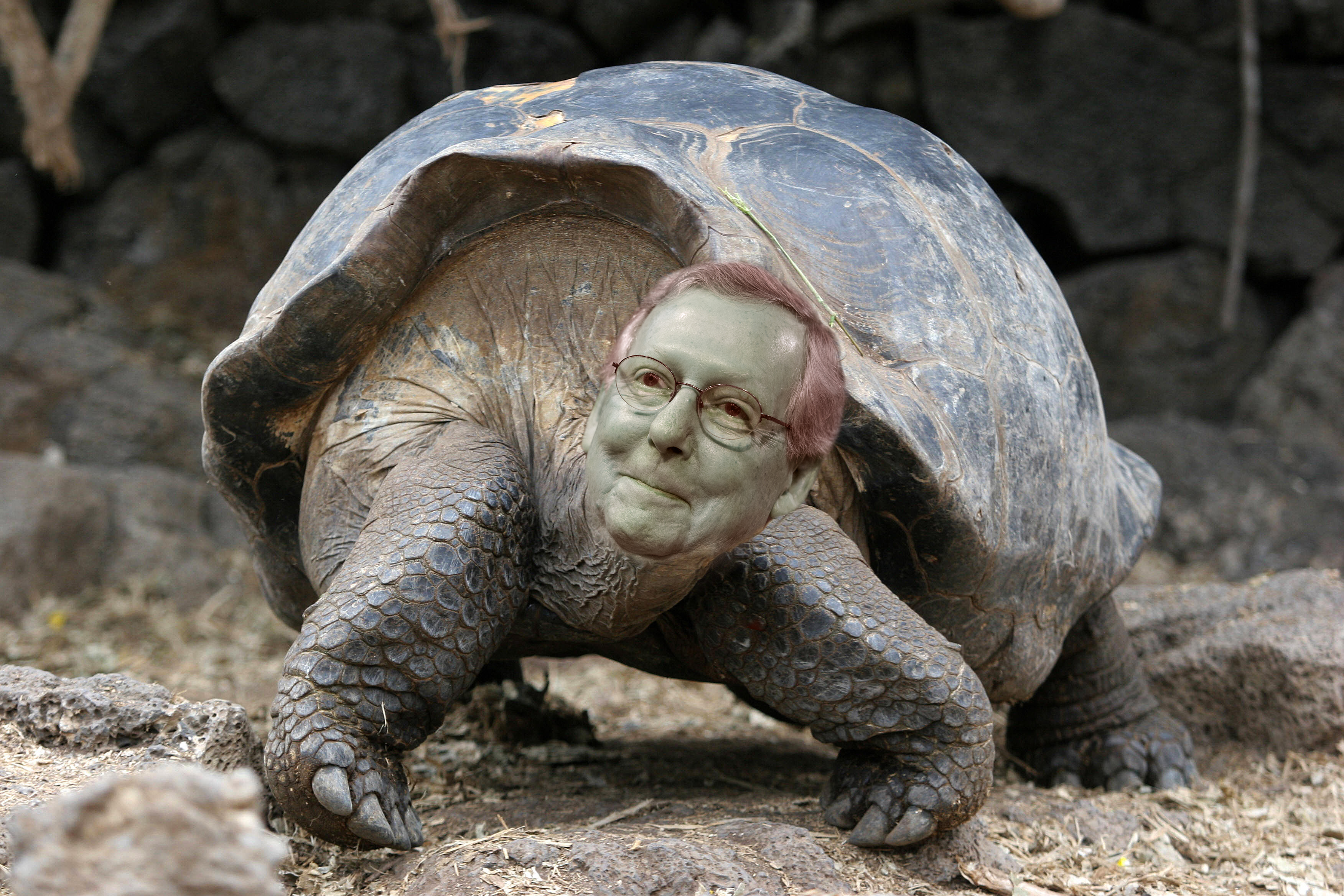 WASHINGTON, D.C. -- In an unprecedented twist of fate, a rare breed of turtle has infested our nation's capital.

Originating from Kentucky, the rare breed, named the McConnell Turtle by scientists, is on a rampage. Over the past several years, this ancient reptile has caused immense trouble to Washington, D.C. that has large-scale effects on the country as a whole.

Damages caused by the McConnell include bastardizations of the Constitution, thinly veiled racism, and greatly reducing everyone's sex lives. All of these are uncommon side effects of turtle infestations. If you're wondering how a turtle can reduce everyone's sex life, see the photo featured in this post.

Currently, the McConnell Turtle is attempting to block a Supreme Court Justice for the next year on the grounds that Obama's time in office is almost over, despite arguing the exact opposite point in the past.

When the McConnell infestation will end is unclear. The average turtle's lifespan is 100 years, though the McConnell Turtle appears to have doubled, or maybe even tripled that record.