Hugo Jaeger may have been one of the few people who saw every aspect of Adolf Hitler's life, documenting the Fuhrer's movements exactly the way he perceived them.

Jaeger was one of Hitler's personal photographers and shot thousands of photos between 1936 and 1945, most of them in color. LIFE.com obtained the rare batch of images and collected them in a unique gallery.

As Der Spiegel notes, the majority of the millions of photos documenting World War II were in black and white. While the first mass-produced color film became available in in 1935 in the U.S. and a year later in Europe, most photographers only switched to color after the war years. Jaeger is a rare exception.

After the fall of Berlin, Jaeger hid his color slides in a leather case, afraid they would reveal his connection to the Nazis. Just as he feared, a group of U.S. soldiers stumbled upon the package while searching the house where the photographer was staying in Munich. However, as LIFE.com notes, the soldiers were uninterested in the pack of slides and instead took off with a bottle of brandy. Afraid of persecution, Jaeger buried the slides in metal jars, but decided to retrieve his treasure in 1955. 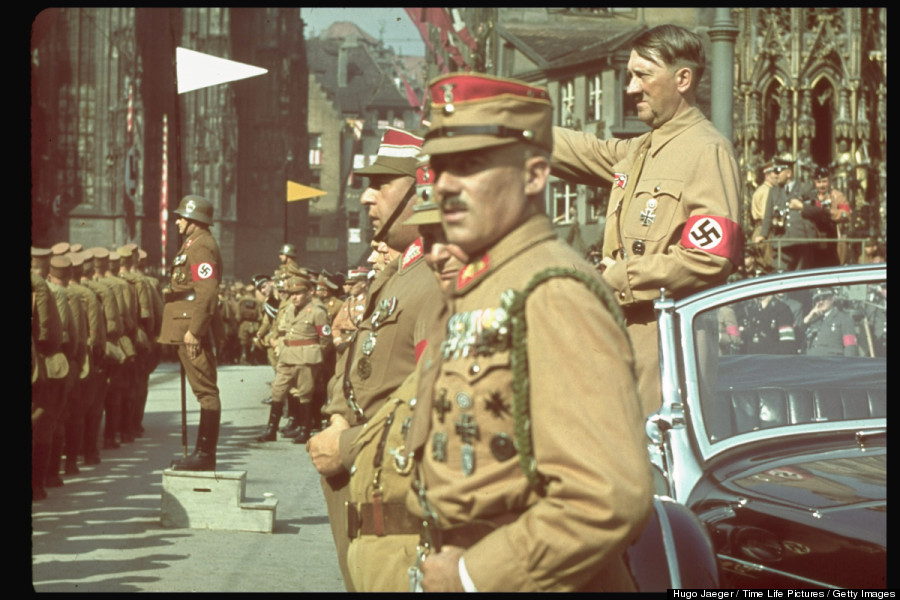 Hitler receives the salute of the Columns in Adolf Hitler Platz during the Reichs Party Congress in Nuremburg Germany on Sep. 1, 1938. 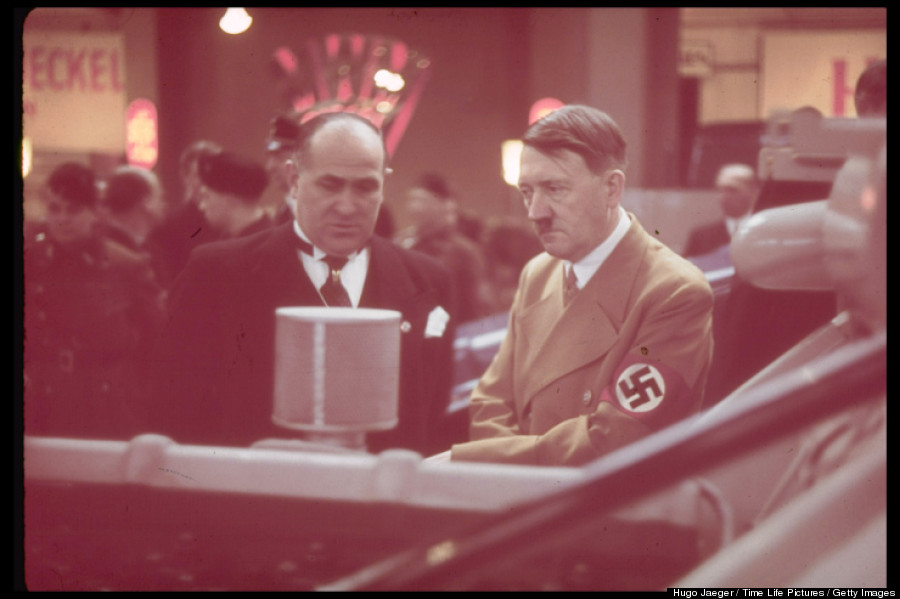 Hitler at the International Auto Exhibition in Berlin Germany on Feb. 17, 1939. 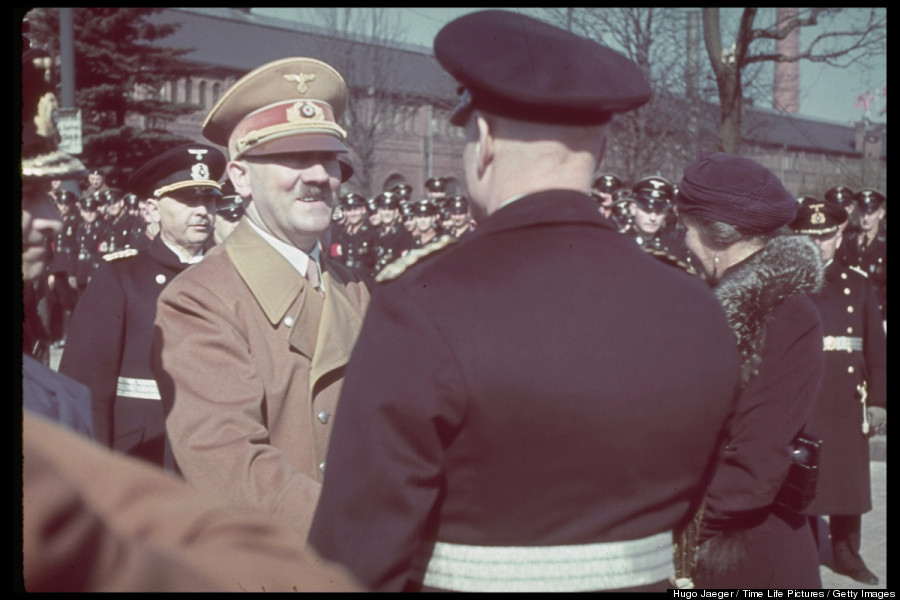 Hitler in Wilhelmshaven for the launching of the battleship Tirpitz on Apr. 1, 1939. 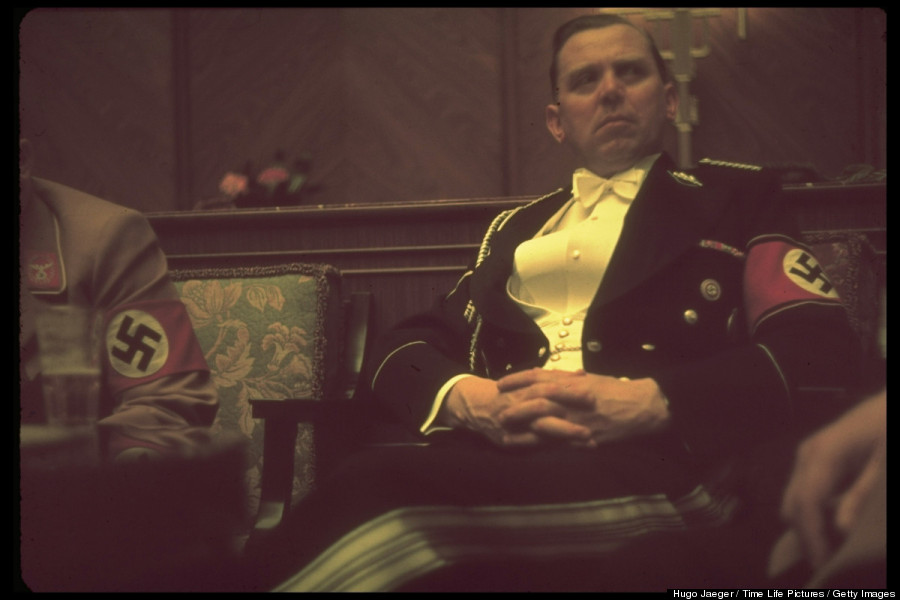 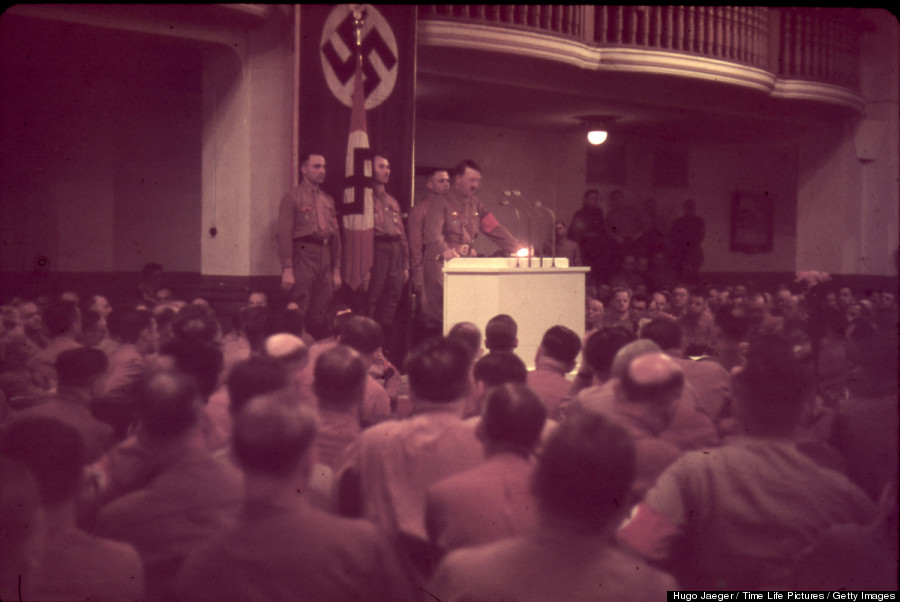 German Fuhrer and Reichskanzler (essentially Chancellor) Adolf Hitler (1889 - 1945) speaks at the Burgerbraukeller in Munich, Germany, November 8 or 9, 1938. The speech was part of the National Socialist German Workers' Party (Nazi, NSDAP) rememberance of their attempted 1923 coup d'etat known as the Beer Hall Putsch.